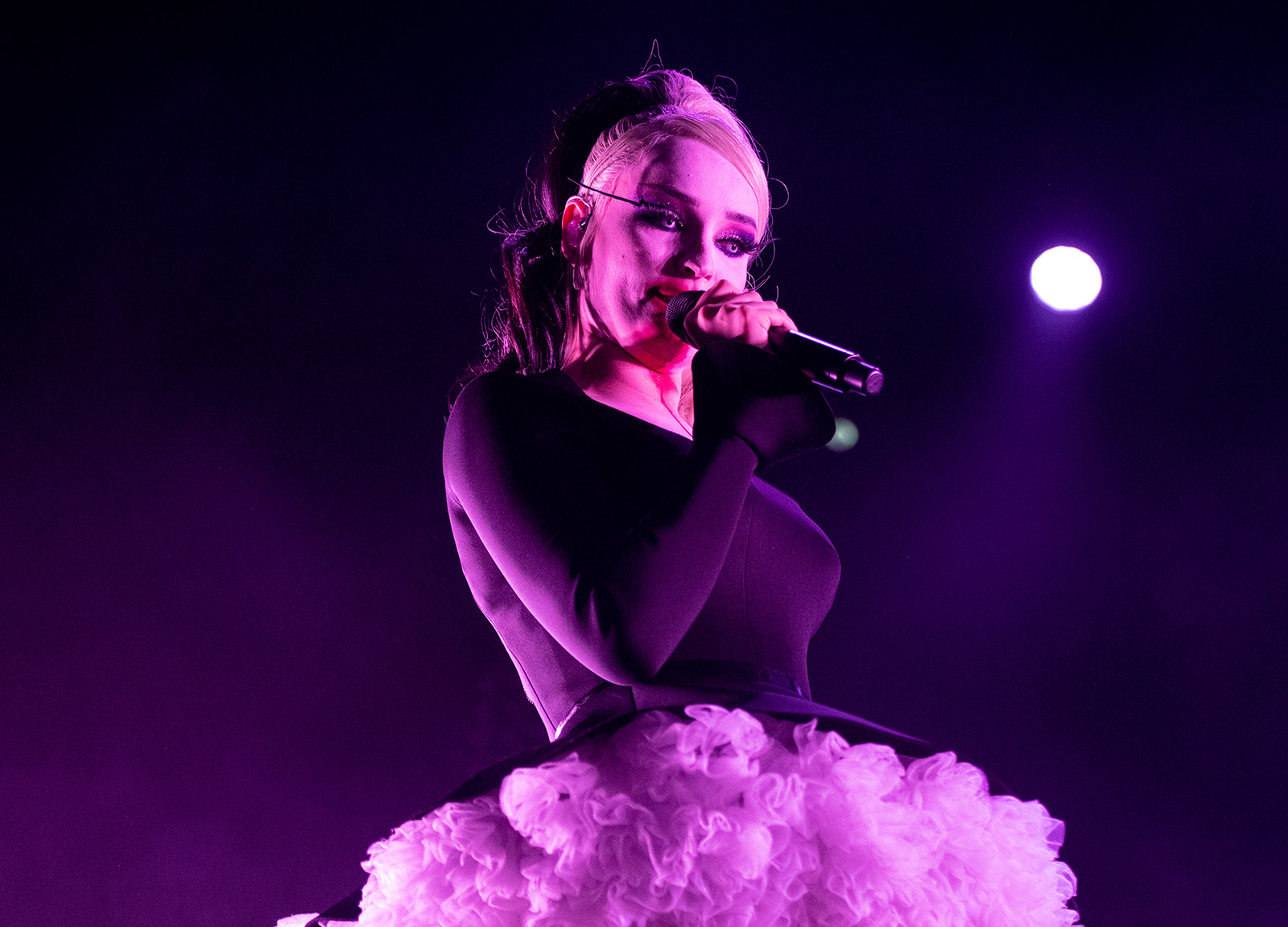 German singer Kim Petras continued her “The Clarity Tour” at the Shrine Auditorium & Expo Hall on Wednesday night. The singer began her show, which was split into five sections, illuminated by a bright white light. (Lauren Man/Daily Bruin)

Kim Petras might be known for “woo-ah!”-ing her way through a show – but a concert can’t be sustained on crowd enthusiasm alone.

The German singer continued her “The Clarity Tour” at the Shrine Auditorium & Expo Hall on Wednesday night, filling the historic building with her ’90s-esque club hits. Her set list was broken up into five sections, combining into a conglomerate that lacked flow that shoved bubblegum dance tunes and her goth Halloween album in with a short acoustic set.

As the show began with a sparkling sound, the singer emerged on a raised platform. She took the form of a dramatic silhouette, donning a short black dress that flared at the bottom with white ruffles illuminated by a bright white light.

Despite starting off with such a strong statement, Petras was unable to maintain such distinct energy throughout the show. Most of her dancing consisted of jumping and strutting across the stage, occasionally moving up and down the elevated platform. Considering how danceable her songs are, her lackluster choreography made the production feel underwhelming.

But for diehard Petras fans, mediocre dancing didn’t detract from the night’s energy – the crowd seemed to follow Petras like a magnet, shadowing her movements across the stage. She scattered her iconic “woo-ah!” throughout the night, and her fans enthusiastically responded to the call and response. Instrumental musical interludes gave Petras a chance to step offstage to change costumes after she commanded the audience to dance while she disappeared.

Toward the end of “Hillside Boys,” the singer slowly dropped to the ground, arching her back and reaching her hand out to the sky as she sang, “You call my name.” The moment felt longing and raw and goes to show that had such careful choreography had been applied to the entire show, it would have added more emotional depth to the otherwise numbly happy performance.

Following a cover of Charli XCX’s “Unlock It/Click,” a musical interlude transitioned into her Halloween set list, which drew from her “Turn Off the Light” album. But the ghoulish songs didn’t quite fit. The effects were minimal, mostly utilizing a dark green light and smoke to give an eerie aesthetic, and her plain nude bodysuit and mask did little to distinguish it from the rest of her pop songs.

Her performance of “Massacre” was by far the best of this portion of the concert. Drawing inspiration from the “Carol of the Bells” beat, she spent most of the number seated and beckoning to the audience, as if she were a dark Santa Claus drawing in children. Other tracks like “There Will Be Blood” and “Death By Sex” elicited audience enthusiasm, but her lackluster performance and continued boring dance moves failed to reach their full spooky potential.

But the Halloween set did provide audiences with the most dramatic moment of the night. As the intermission between sets came to a close, a dramatic monologue about fearing the night began, paired with red inverted crosses flashing in the background. Four shirtless men in masks appeared with a coffin, which they carried to the raised platform, where Petras emerged with smoke billowing behind her.

However, the harsh lyrics and effects of her Halloween songs were just a jarring shift in the middle of an otherwise cohesive show. Sandwiched between many of her more lighthearted songs from “Clarity” and her short acoustic set, these songs, while fun, felt out of place in the show as a whole.

It was jarring to hear the slashing knife sound effects during the “Knives” intermission in comparison to the sparkling sounds from earlier. More ghoulish set design or effects – or even a more dramatic costume – would have made the section feel more distinct. But she didn’t lean into the aesthetic, and instead tried to force a Halloween aesthetic to fit her overall pop style. And transitioning to her acoustic set after the goth aesthetic was further disorienting, as the sudden lull detracted from the otherwise highly energetic night.

She came out for this performance wearing her own merchandise, which she later stripped off to reveal a glittering nude bodysuit. At the end of the song, she threw it into the audience, commending the person who managed to “snatch” it while teasingly directing everyone else to the merchandise table. Earlier, she had also thrown a Gucci purse into the audience.

But Petras brought her all for the finale, creating a Barbie-esque world with “Sweet Spot.” She jumped up and down to the beat, shouting, “We’re getting to the sweet spot/sweet spot,” with small, light-up hearts pulsing in the background. As the song came to an end, she commanded everyone to put their hands into the air, and the loyal crowd followed suit. Confetti in the colors of the transgender flag exploded throughout the room as the night came to an energetic close.

Petras wants everyone’s attention – and it’s clear that at the Shrine, she got exactly what she wanted. 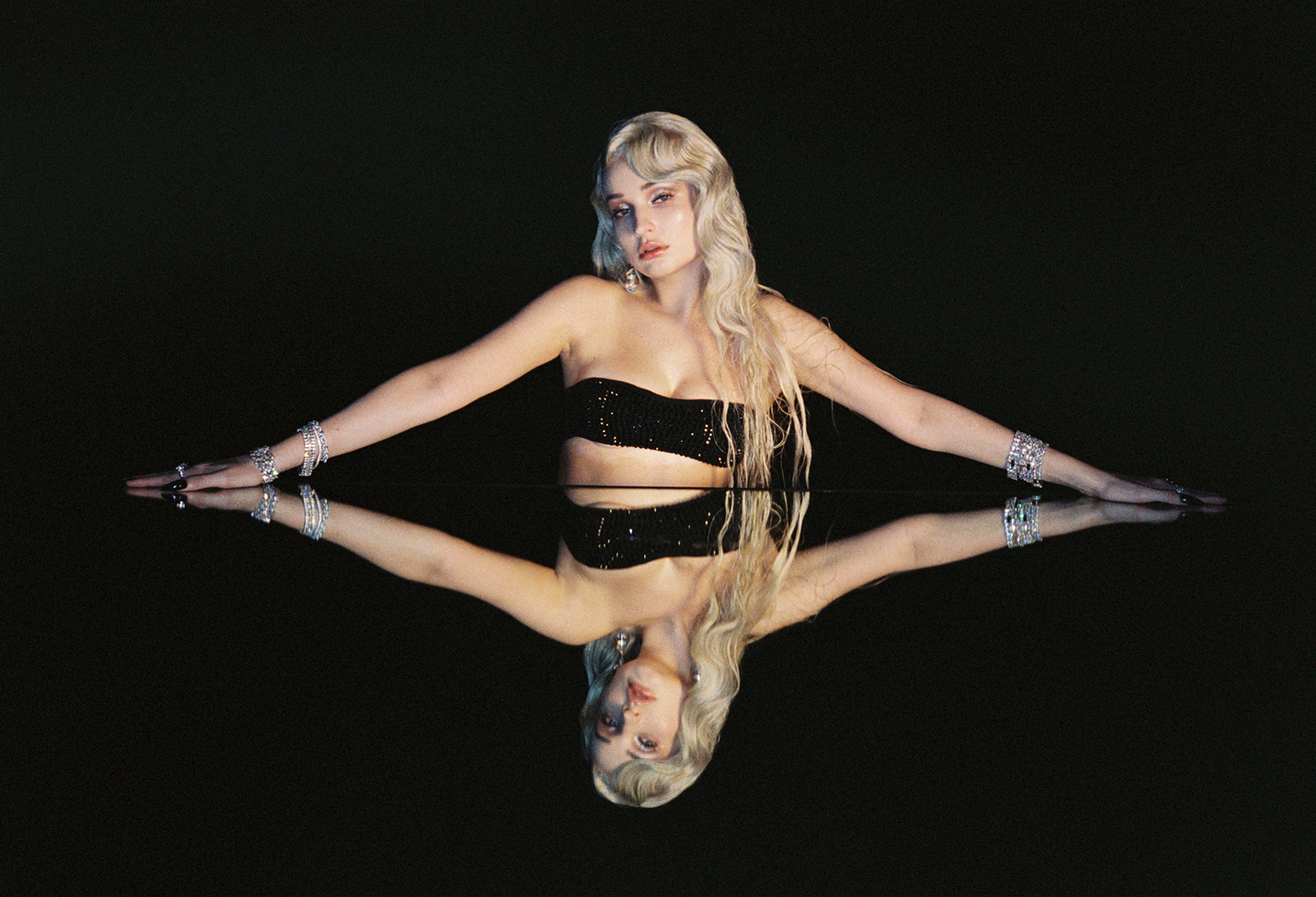 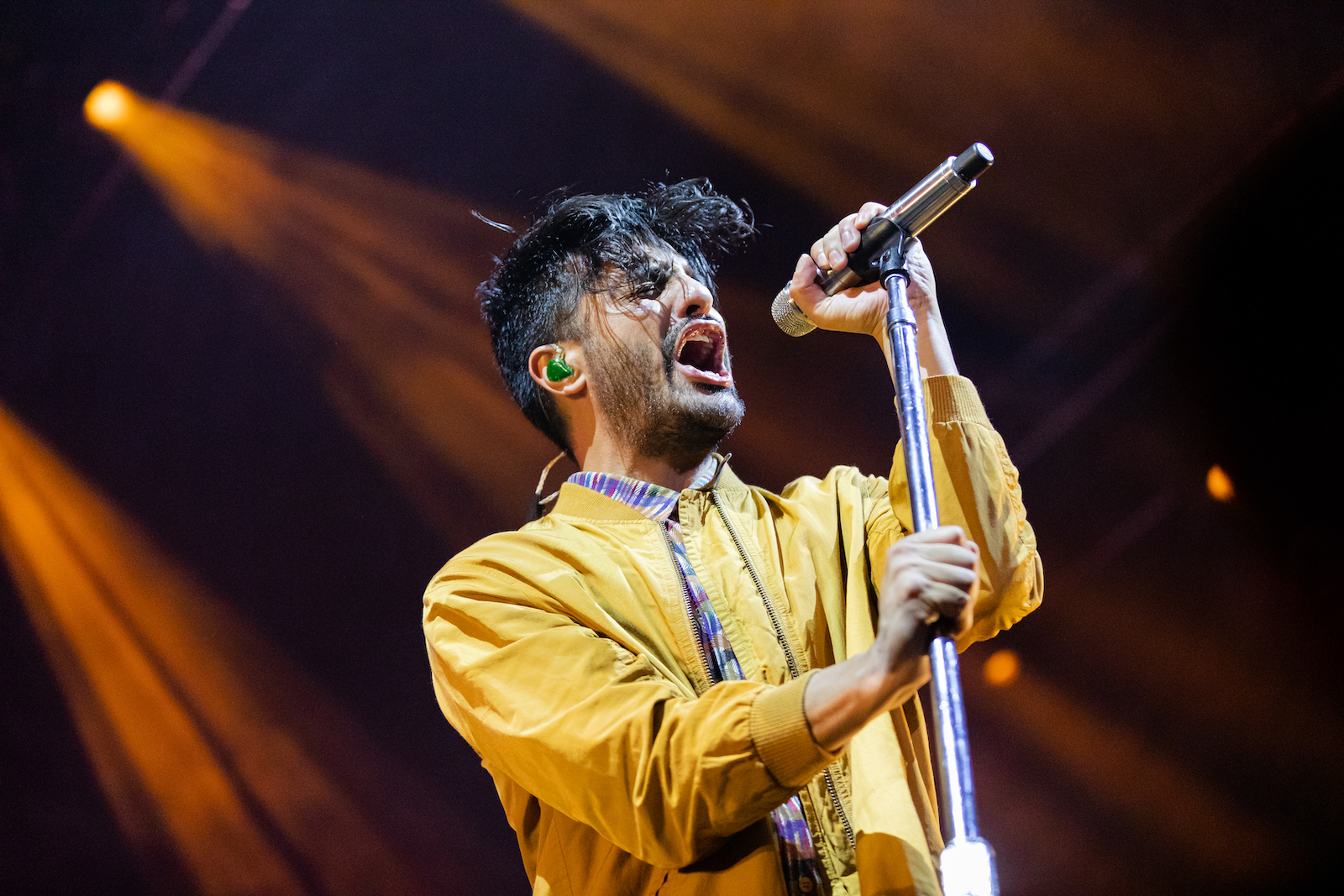