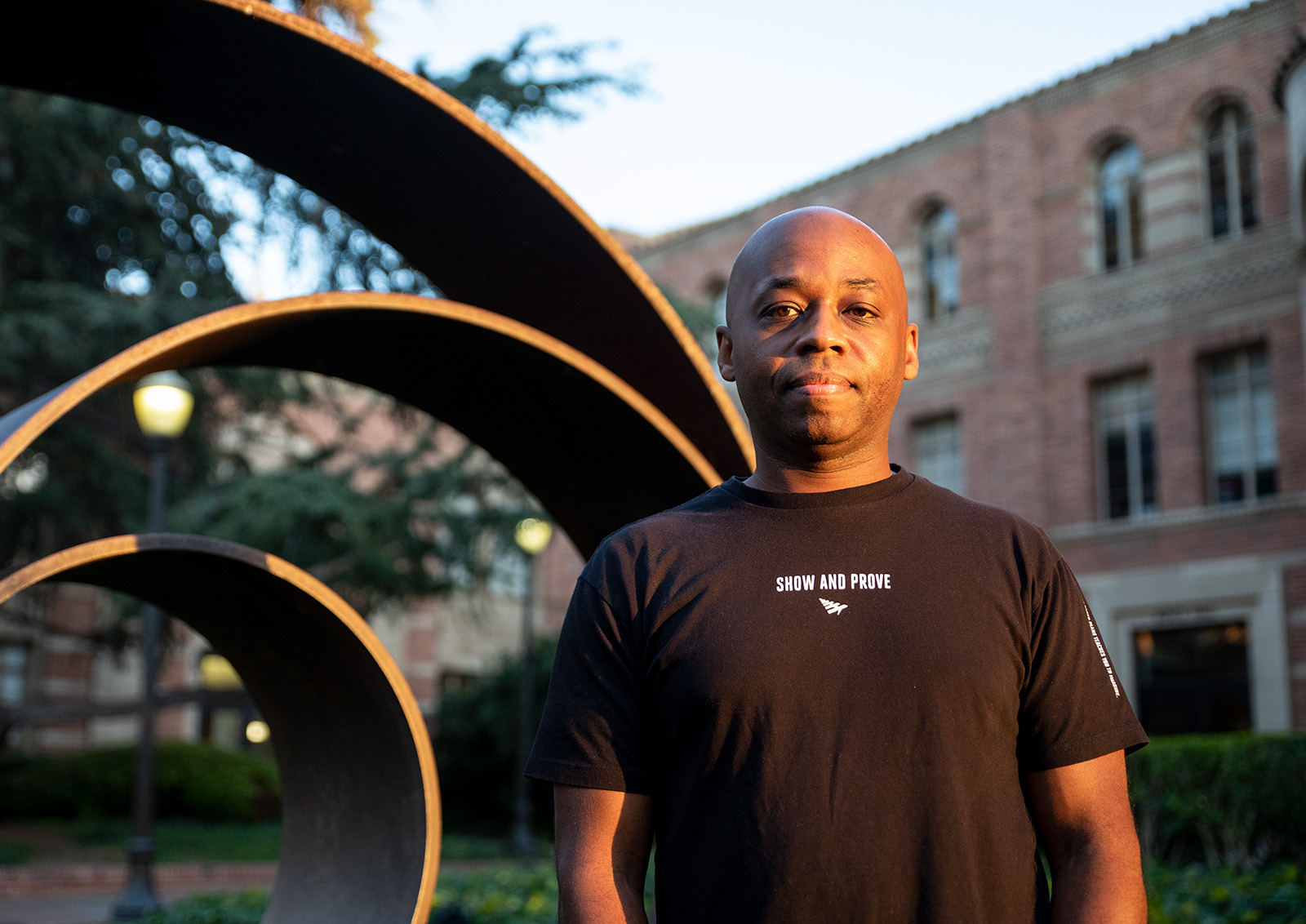 Graduate student Bryant Griffin had fulfilled his dream of working for Lucasfilm. So, in 2016, he abandoned his 12-year career in visual effects to join the UCLA School of Theater, Film and Television’s MFA directing program. He is currently working on his thesis project, which is a feature film about the reality’s veterans face once they have return home.
(Tanmay Shankar/Assistant Photo editor)

LA is the go-to spot for fostering creativity and making it big – and it’s also home to dozens of promising Muslim artists who’re breaking into the industry and redefining what it means to be Muslim. Follow columnist Umber Bhatti as she covers local creators and discovers how they plan to make their mark in the city.

From a childhood obsession with “The Empire Strikes Back” to eventually working in visual effects at Lucasfilm, Bryant Griffin said he’s come full circle.

But despite landing what he said was his dream job – working as a senior digital matte painter at Lucasfilm – Griffin knew he wanted to do more in film than just visual effects. He yearned to create his own stories, and not just advance other people’s narratives. So, he retired from his 12-year career, and, in 2016, Griffin returned to school in UCLA’s directing program.

As a kid, Griffin said he went to the theaters with his dad every weekend, and watched behind-the-scenes special effects of classics like “Star Wars.” But the New York native said it took him years to realize directing was his true calling.

Pushing film to the side, Griffin pursued a degree in industrial design at North Carolina State University. But what was supposed to be a four-year degree took almost 10 years, as he dealt with minor depression.

“My parents were going through a separation,” Griffin said. “My entire junior year, I probably stayed in my dorm. So I was going through depression, but didn’t realize what it was; there was nothing that excited me about what I was doing.”

Griffin eventually overcame these obstacles and returned to school, and he said he did so at just the right time. A recent graduate of the same program had gone on to work at Lucasfilm and established a scholarship for current students. After winning that award, Griffin interned and eventually went on to work for the Industrial Light & Magic division of Lucasfilm for 12 years as a matte painter, where he created detailed worlds in fantasy movies. He met industry professionals he idolized and worked on the first “The Avengers” film, among others.

But after a while, Griffin felt the work was becoming stagnant. So, when the company opened up a position for a manager role in Malaysia, Griffin said he jumped on the offer. In Malaysia, Griffin was responsible for training and managing a whole team of artists, one of them being Jerome Moo. Now a senior matte painter at Weta Digital, Moo said Griffin was the first boss to show him the ropes.

“Griffin always kept a cool head, even under extreme pressure, making sure that we were always motivated to push ourselves further and have fun along the way,” Moo said in an emailed statement. “He’s a passionate artist and a great human being at his core.”

Aside from focusing on his work, Griffin also said he found Islam in Malaysia. He met his now ex-wife and through spending time with her family, he said he explored the customs of Malaysia, including the local faith. In order to marry her, Griffin said he knew he would need to convert.

Griffin remembers being at church as a child and hearing his pastor making the connection between three religions: Islam, Judaism and Christianity. And after taking conversion classes in Malaysia, he also realized the Abrahamic religions have many similarities, making the decision to convert easy for him, Griffin said.

“(Islam) has made me more open-minded about things,” Griffin said. “You know, you see what’s dogmatic in some ways. And I believe your faith is a personal thing. So, I’m actually probably more of a free thinker now.”

After his conversion, Griffin returned back to the States and made another big life decision. He knew Lucasfilm was just a pit stop in his career and realized he had to move on, he said.

“I wanted to tell my own stories,” Griffin said. “Back then, you had the George Lucases and Steven Spielbergs, but you never really had filmmakers of color that did fantasy or genre work. Now you have a Ryan Coogler or a Jordan Peele. … It shows that there were more of us with the thirst to diversify these hero journeys and speak to the social issues.”

This brought Griffin to the MFA directing program at UCLA, where he worked closely with Mark Rosman, a lecturer in the UCLA School of Theater, Film and Television and a program coordinator for first-year MFA directing students. Rosman said Griffin has been a standout in the program. In particular, he said Griffin’s advanced film, “Birthright,” about a couple in the future who genetically modify their unborn child’s skin, highlighted Griffin’s writing talent.

“Bryant was one of the students who was very strong from the start because of his visual effects background,” Rosman said. “‘Birthright’ really got into this whole idea of what is black enough.”

As he approaches the end of his MFA program, Griffin is focused on his thesis project: a feature film about the realities veterans face once they’ve returned home. The story is extremely personal to the director, as he said it was inspired after an old acquaintance murdered his girlfriend after not being honorably discharged. This status creates many problems for veterans, Griffin said, such as disqualifying them from benefits and counseling that they would otherwise receive.

Through this film, Griffin is also tackling the way Islam’s reputation gets distorted within military communities, he said, as his childhood friend became paranoid that his girlfriend was a terrorist. Despite the sensitive subject matter of the film, Griffin said he also hopes the story portrays black families in a different light.

“This film is an opportunity for me to present a dimensionalized version of the African American family,” Griffin said. “That black Americans have a long history of fighting for this country and to show that we’re middle-class Americans that work hard for the American Dream like everybody else.” 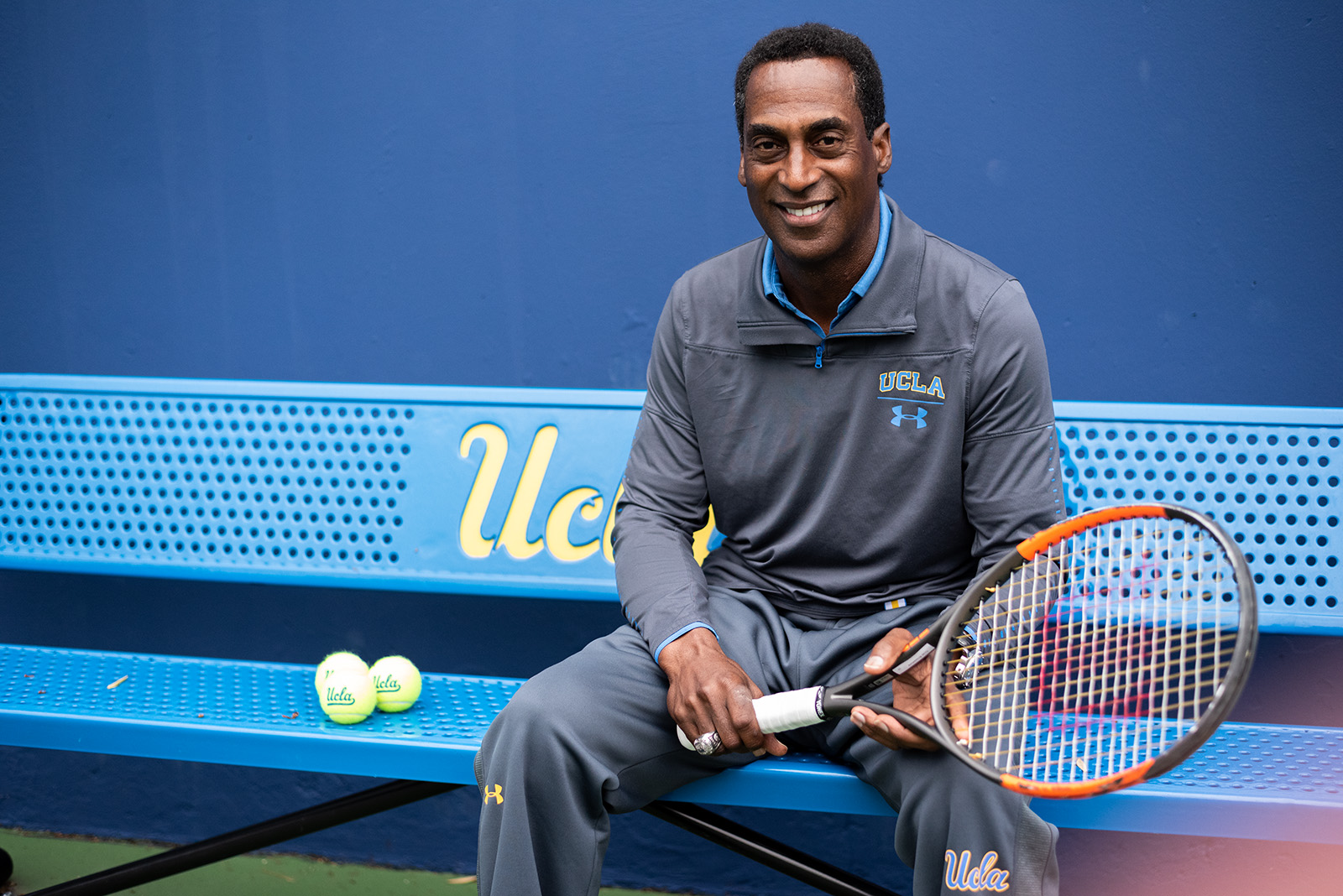 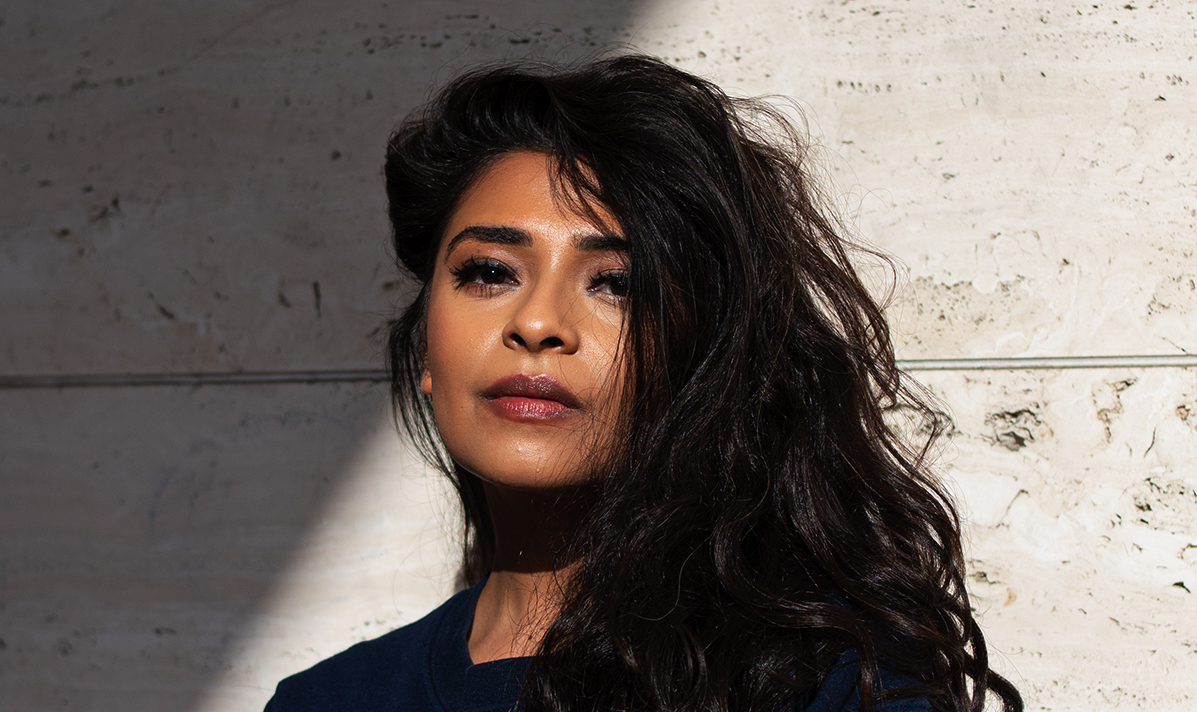 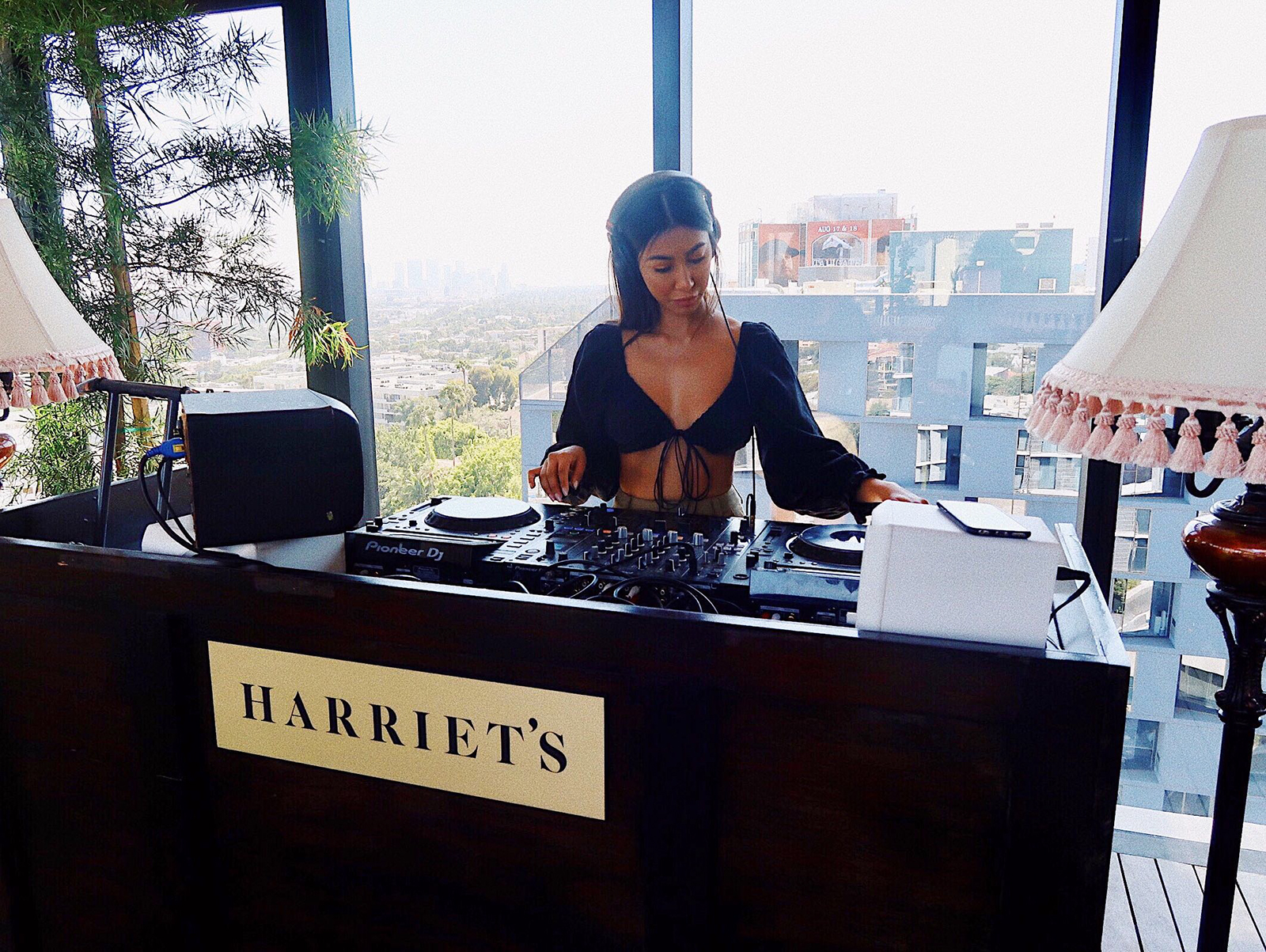