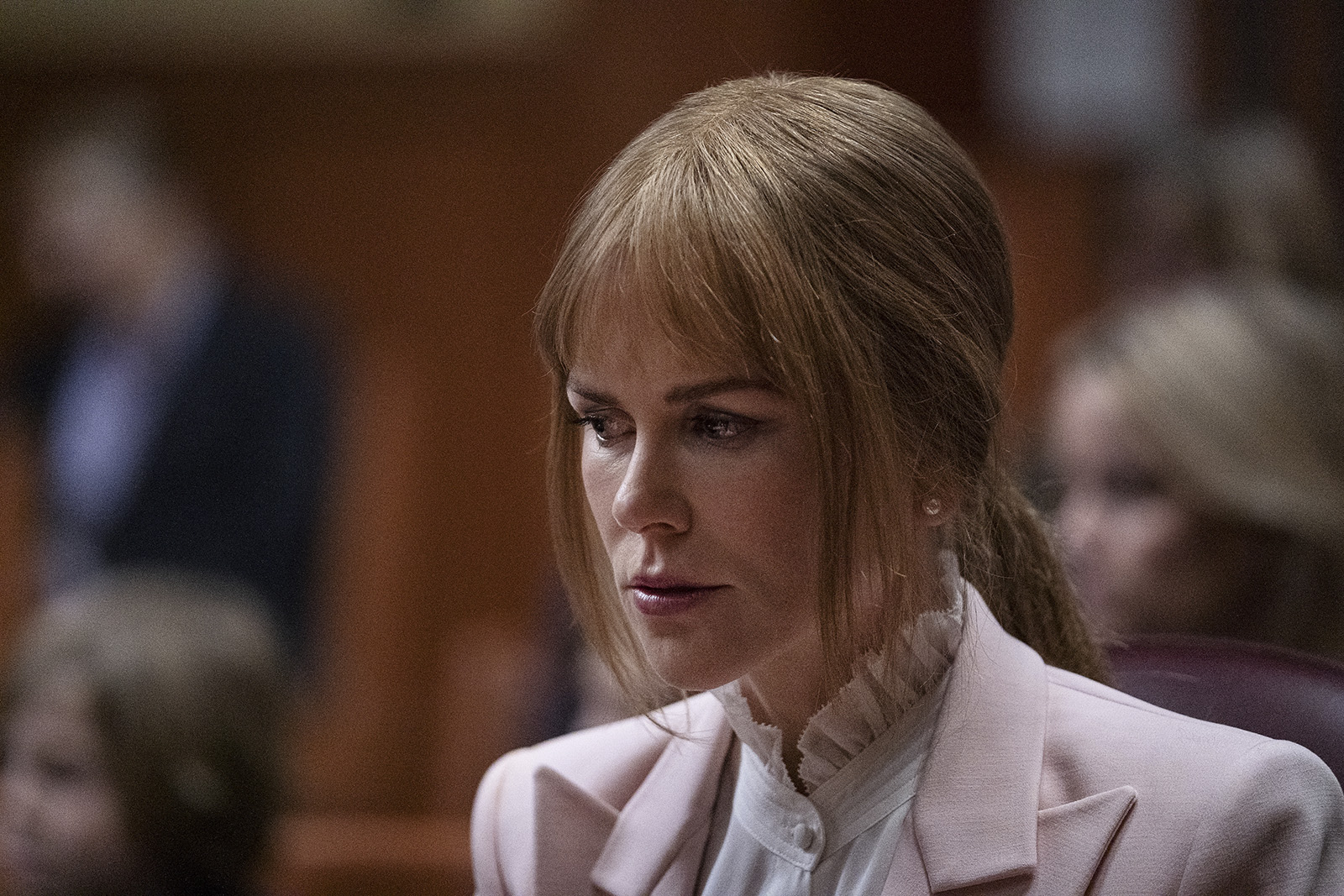 The courtroom showdown between Nicole Kidman and Meryl Streep was the soap opera equivalent to the Super Bowl.

Celeste (Kidman) finally turns the tables on conniving mother-in-law Mary Louise (Streep) in a cathartic face-off that establishes an early, palpable tension. But despite the unquestionable star power, the climax of the “Big Little Lies” season two finale Sunday night lacked both the intrigue and the unpredictability of the murder mystery that was the framework for the show’s initial critical acclaim. The controversial decision to extend the near-perfect miniseries led to an uneven second installment with an exquisitely acted but underwhelming conclusion.

Much of the second season of “Big Little Lies” was bogged down by repetitive, heavy-handed storytelling, and the finale was, unfortunately, no exception. In lieu of any meaningful insight, Madeline (Reese Witherspoon) reminds viewers the “the lie” regarding the five women’s involvement in Perry’s (Alexander Skarsgård) death is taking a toll on them – an unnecessary verbalization of what the audience has watched unfold for seven episodes.

The finale’s focal point lingers on such feelings, and reiterates what has become hackneyed storylines this season: Madeline is still desperate to reconnect with her husband, Bonnie (Zoë Kravitz) is still thinking about killing her comatose mother and Gordon (Jeffrey Nordling) is still a pitiful excuse for a husband. Almost every character suffers from a monotonous stagnancy, illustrating the show’s lack of captivating material to sustain a second season. And when compared to the genuinely riveting character arcs of the season one, too many plot lines this season fall flat.

While the season’s storylines do eventually progress toward resolution this episode, the results often feel unearned. Celeste conveniently stumbles on a piece of critical video evidence right before her big day in court, providing an all-too-simple way to substantiate the accusations against her late husband.

Jane’s (Shailene Woodley) resolution also favors convenience over realism. After her implausibly mature 7-year-old son Ziggy (Iain Armitage) claims he can tell she wants to be with her nice-guy coworker, Jane decides she’s ready to be intimate again. The scene in which Ziggy spouts profound observations about her romantic feelings is at best a corny mother-son moment and at worst, lazy writing that undermines the show’s understanding of sexual assault. Jane’s decision to open up after experiencing severe trauma is not entirely unbelievable, but the show – and her character – would have benefited from a more in-depth examination of the healing process that led her there.

The season lacked narrative substance, but the all-star cast still managed to put forth layered, thought-provoking performances viewers have come to expect from the show. Laura Dern delivers yet another classic Renata Klein tirade, channeling a deserved, uninhibited rage that women on and off screen are too often denied. And an honorable mention goes to James Tupper, who, despite his minimal screen time, wows with his silent, on-the-verge-of-tears reaction to his wife telling him she was never in love with him.

However, out of all the A-list actors, Streep and Kidman were certainly set up to be the finale’s stars. During the court scene, Streep’s facial twitching, darting eyes and frantic head tilts give Emmy voters ample material to draw from. Kidman’s searing eyes and unwavering voice were no less powerful, proving she’s one of the few women who can shine beside Streep. Watching the two powerhouses go back and forth in a boxing match between the psyches of two damaged mothers was undeniably enjoyable.

But even the committed performances of two of Hollywood’s best could not make up for the shaky, contrived writing, which prolonged the custody battle that should have ended in the previous episode. The continuation of the courtroom drama is a glaringly obvious attempt to orchestrate a dramatic climax between two of the show’s heaviest hitting actresses that rivals the quality of the season one finale.

But the season’s largest injustice was its haphazard treatment of Kravitz’s character Bonnie. She spends most of her screen time sitting in a hospital having visions that never come true, despite her central role in the story. The final episode all but disregards her incessant dreams of water and drowning, choosing to focus more on Streep’s villainous mother-in-law rather than the character who set the entire premise of the second season in motion. Viewers leave season two much how they left season one: knowing frustratingly little about Bonnie Carlson.

Bonnie’s is one of the only storylines that concludes on a darker note, while the other plotlines are tied up with a pretty bow by the end of the episode. The finale’s uncharacteristic push toward total resolution proves less satisfying than a more authentic bittersweet ending, sacrificing elements of the realism that made season one so compelling. Both the latest episode and the series’ second season as a whole ultimately failed to justify the story’s continuation.

And although the episode’s cut-to-black conclusion might be considered a cliffhanger, the resolution of the “big little lie” that drove the narrative of the show’s sophomore season played out as disappointingly safe.