The Quad: Astrology app breaks down what’s written in the stars in the palm of one’s hand 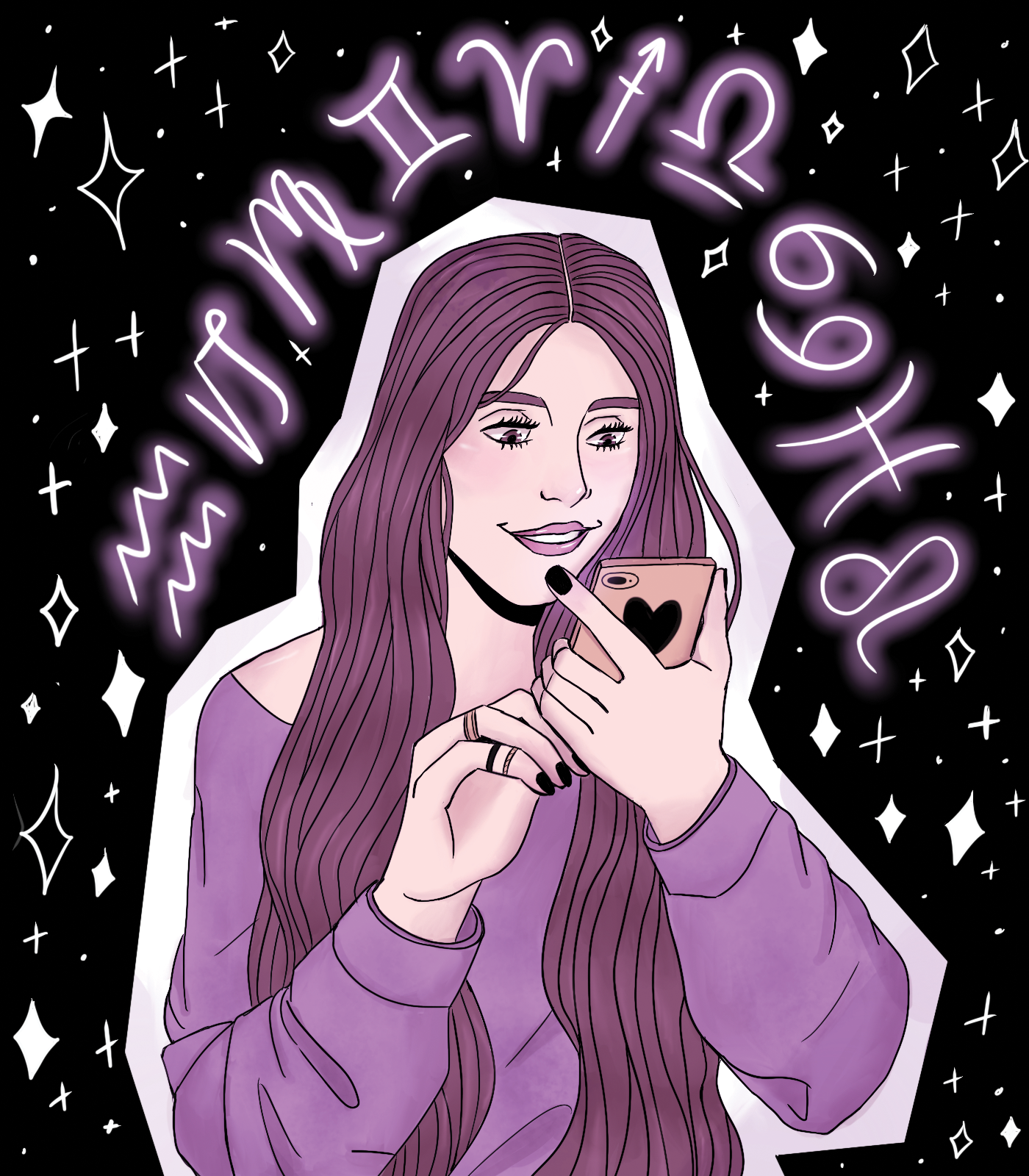 This question comes up often, and it’s not just an icebreaker question a TA might ask on the first day of discussion. Many simply divulge what they know to be their basic sun sign, which is determined by one’s birth date. However, there’s more to the study of astrology than what’s found in the back of a magazine’s horoscope section.

For those who believe in astrology, a wealth of information lies behind the simple answer of “Gemini” or “Sagittarius” – and they all have to do with the specific details of your birth, such as time and location.

Aliza Kelly, astrologer, podcast host and author of “The Mixology of Astrology: Cosmic Cocktails for Every Sign” and “Starring You: A Guided Journey Through Astrology” said that every planet and celestial body serves a different purpose.

“(Planets and celestial bodies) all behave in their own way and have different roles in the zodiac and within astrology,” Kelly said.

According to astrologers, our day-to-day personality and fabric of being comes from sun, moon and rising signs. These signs represent ego and identity, emotions, and external perspective on reality, respectively.

The remaining planets – Mercury, Venus, Mars, Jupiter, Saturn, Uranus, Neptune and Pluto – govern varying aspects of our identity. For example, Mercury, Venus and Mars are more telling of our personality. Respectively, the three represent communicative expression, love and values, and determination and action.

By definition, a natal chart, often referred to as a birth chart, is a snapshot of the sky at our exact moment of birth. Calculating one’s birth chart is relatively simple: It requires a time, date and place of birth.

“Natal charts … serve as your personality blueprint,” Kelly said. “According to astrology, it is the primary, and really sole, document that we use to understand the way someone is wired, the way they behave and the way they react.”

When analyzing a natal chart, astrological houses also hold great significance in relation to one’s personality blueprint. There are 12 houses, which all reflect the Earth’s 24-hour rotation about its axis. Each house corresponds to a different theme in our lives. For example, the first house deals with our outward and physical image, and the second house is in regard to our material wealth and possessions.

When a planet enters a certain house, they energize said house. The greater the energy present in a specific house, the more recurrent we may find its themes in our lives.

But concepts such as natal charts and houses often seem overly complicated to decipher for the average person. Luckily, many tools that contain information about planetary and celestial movement exist, and offer a wide range of personalized astrological information at the user’s fingertips.

One such tool is an app called Co-Star, which harnesses data from NASA in conjunction with one’s birth specifics such as birth date, location and time. In just the last month, the app reached nearly 500,000 downloads.

Despite these advancements, Co–Star still has its blind spots. The app presents astrological information from planets to houses in the form of a chart. While this is a simple and easy-to-read layout, this very same layout doesn’t paint the full picture of what natal astrology is in describing who you are, according to Kelly.

“Co–Star is an amazing gateway into astrology, but the problem with it is that it does not depict natal charts as they should really be read, which is a 360 degree circle,” Kelly said. “Everybody has all of the houses represented in their charts, but Co–Star displays it as a list.”

This layout, in turn, omits a very crucial aspect of our natal charts: houses. Some houses may not appear on one’s chart when using the app, which leads to assumptions of an empty house, and by extension, an empty, unaddressed theme in our lives.

But it’s not that black and white.

“We are influenced by all 12 of the houses,” Kelly said. “Every person is comprised of the entire 360 wheel, and every house is important and has significance.”

Perhaps the takeaway shouldn’t be that astrological apps like Co–Star can’t be trusted. Rather, they represent but one of the many branches of astrology, and therefore only one of the many ways in which the activities of planets and celestial bodies can be interpreted.

It turns out that there’s something in the stars for everyone, and there’s more to it than just your zodiac sign. Answering that “What is your star sign?” question might be a little more nuanced after all.