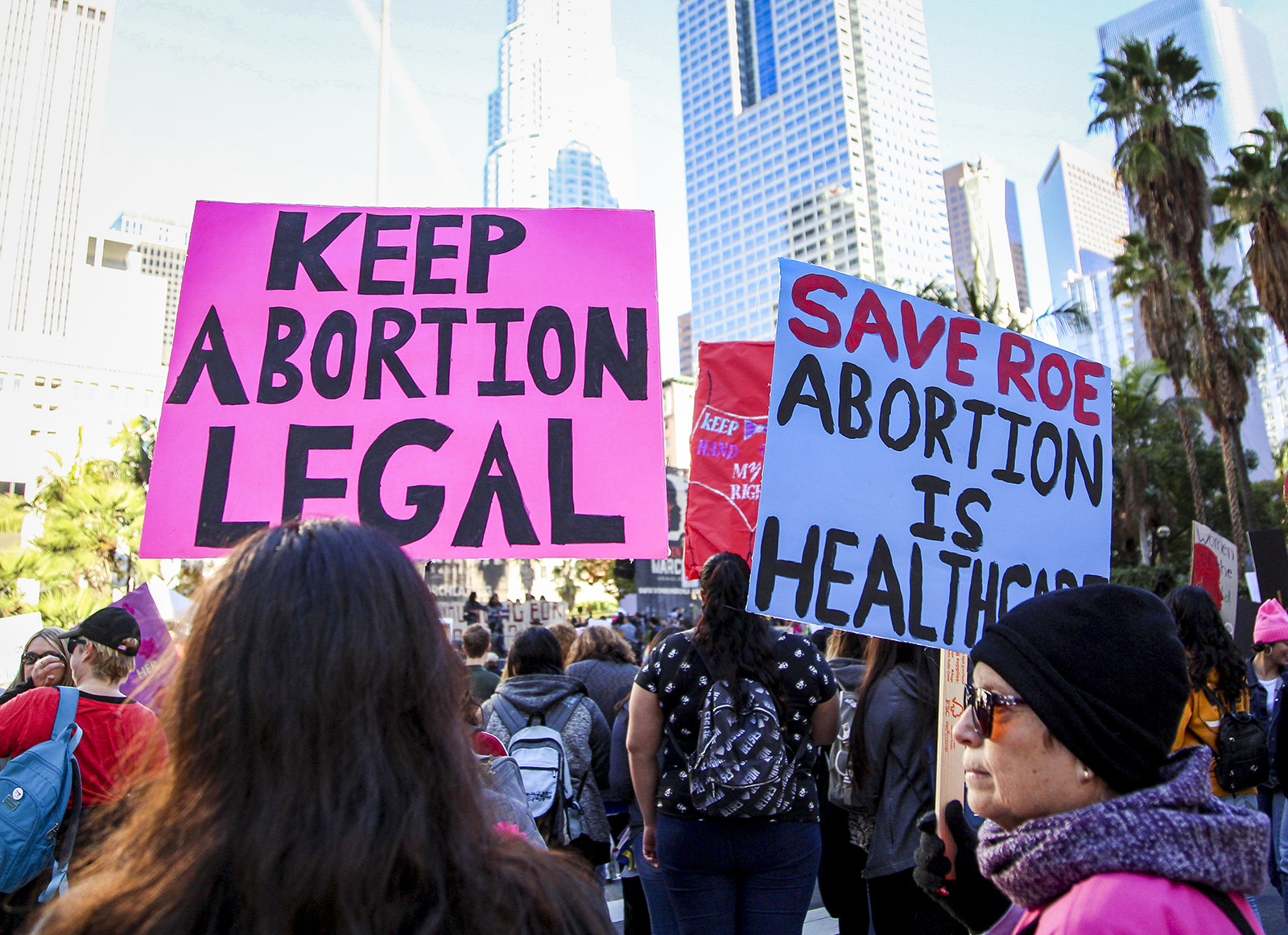 The original “Black Christmas” movie was released one year after Roe v. Wade and included themes of female empowerment, a shift from traditional horror films. In light of recent “heartbeat” bill legislation, the remake of “Black Christmas” slated for release in December could serve as a reminder for women’s rights. (Amy Dixon/Daily Bruin senior staff)

Christmas came early this year – at least, if you’re a horror fan.

The original movie told the story of Jess, a sorority girl dealing with an unwanted pregnancy, who’s preparing to leave campus for winter break when an unseen murderer invades her sorority house and takes residence in the attic. While she and her sorority sisters receive threatening phone calls and occasionally run into the killer, Jess herself also deals with her vengeful boyfriend, Peter, who disapproves of her decision to seek an abortion – and who may in fact be the killer himself.

On the surface, there’s no reason to be excited about the second remake of an obscure Canadian slasher film. Sure, the original was hugely influential – it’s sometimes credited as the first slasher film in history – but plenty of classic horror films have been remade to poor results.

There is another reason to be intrigued, however, beyond its historical value.

The conversation surrounding the slasher genre since its conception has been whether or not these movies are inherently misogynistic. Critics accuse the genre of eroticizing violence against women and point to the archetypal “final girl” – who was often demure and virginal and outlived her more-sexually-active peers – as evidence of the genre’s problematic foundations. Others, such as feminist academic Carol Clover, argued that the slasher genre used the concept of the “final girl” to force a largely male audience into sympathizing with the perspective of a female victim.

With the debate surrounding the genre still unresolved, “Black Christmas” is notable for being an early slasher film with pronounced feminist themes.

At one point, one of the sisters quips that they’re in a sorority house, not a convent. The father of one of the girls grouses about the open sexuality and party atmosphere of the house; later, the house mother grumbles that she doesn’t know what he expects. It’s an unashamed, sex-positive attitude that reverberates through the entire film, and a far cry from the moralizing that many people accuse the slasher genre of: Nestled between the mysterious intruders and corpses in the attic is a tight-knit cast of sorority sisters who are sexually active without being judged or degraded for it.

The feminist themes extend to the main villain as well. Verbally abusive and emotionally immature, Billy is the avatar of the sexual objectifier blown to monstrous proportions. One famous shot of Billy’s eye peering at an unsuspecting girl through a crack in the door suggests peeping Toms, while another scene features him stalking a girl who’s drunk and asleep on the bed, evoking the image of date rapes and roofies. He’s a victim blamer, too; during one of his phone calls, he declares that the sorority girls want him to violate them, bringing to mind the common myth that rape survivors were asking for it.

The side plot about main character Jess’ unwanted pregnancy, however, is what makes this remake particularly interesting in the current political climate.

Released only a year after Roe v. Wade, the original movie is unambiguously on Jess’ side: during an argument with Peter, Jess carefully tells him that she’s thought about it and that she “knows what (she’s) going to do.” Later, she unambiguously tells Peter that she can’t give up on her dreams just because of his wants. It’s a stark reminder of the moral dilemma of those seeking to have an abortion, many of whom have mixed feelings about the procedure while still believing it is the right decision for them.

The film’s remake also reflects the importance of bodily autonomy in the current political climate, which sees new challenges to abortion rights everywhere. In May, Georgia became the fourth state to pass a “heartbeat ban” on abortion in 2019. These bills restrict abortion when fetal heartbeats first becomes detectable, which usually happens long before most women realize they’re pregnant.

Many of these laws have been challenged or are being challenged in court. However, activists worry that litigation could reach the Supreme Court and weaken abortion rights nationwide.

While plot details for the new remake are scarce, signs point to this new version as being an overt nod to the empowering feminist subtext of the original.

Plus, the film’s director, Sophia Takal, is one of the first woman directors to work on a Blumhouse feature film. Part of the company’s ethos for making relevant, popular horror films is to get political, with movies like “Get Out” and “The Purge” gaining critical and commercial acclaim thanks in part to the strength of their social messaging. Given the timing and source material, “Black Christmas” could be one of its most incendiary movies yet.

Perhaps incendiary is what we need right now. “Black Christmas,” in its original form, was an attempt to grapple with the successful rise of second-wave feminism, ultimately choosing to empathize with its young female characters rather than take the easy route of exploiting male anxieties surrounding societal upheaval. Forty-five years later, amid callous legislative councils and desperate battles in the courts, the movie stands to reassert its legacy of profound empathy.