Student attributes success in ‘So You Think You Can Dance’ to hard work, drive 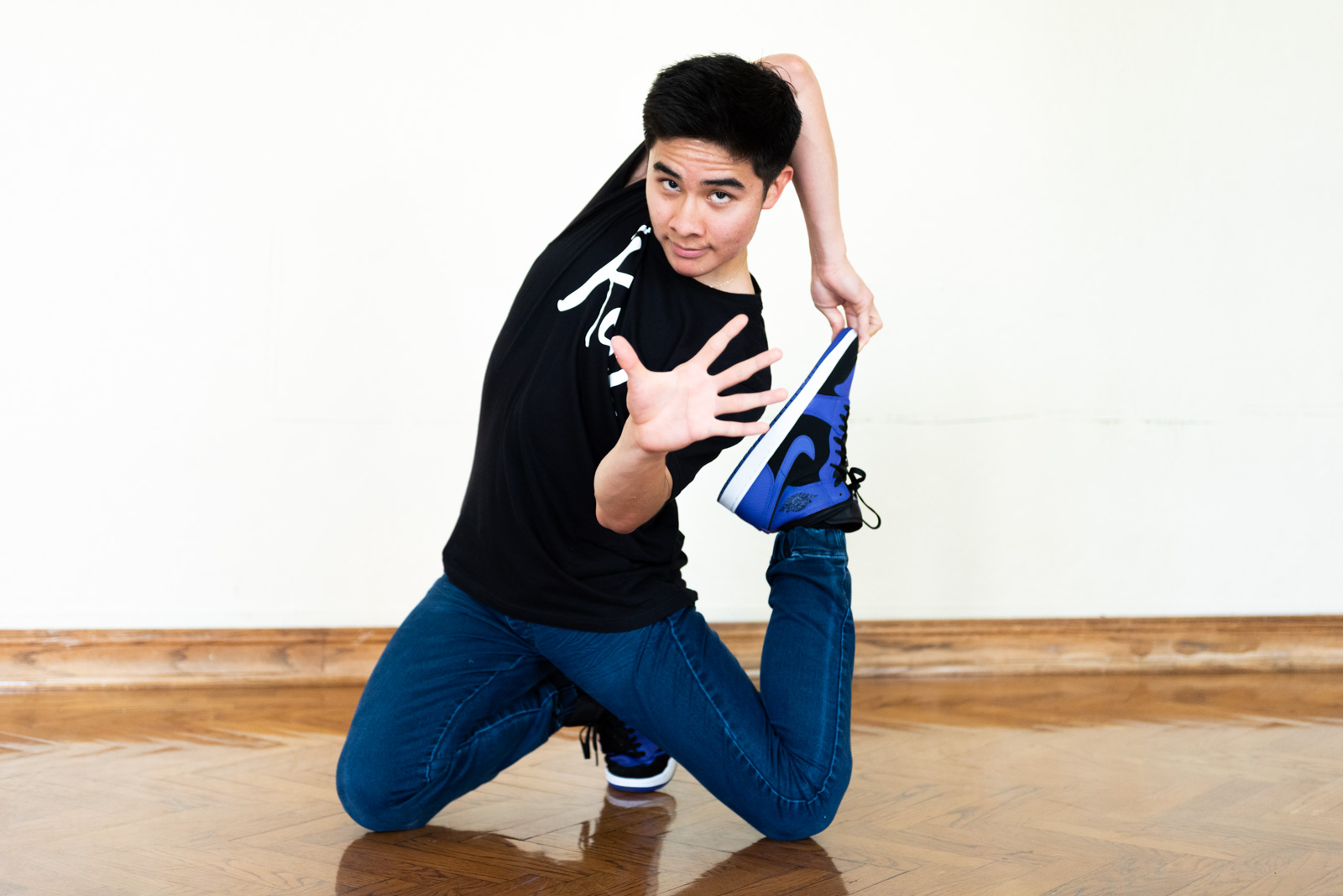 Lorenzo Rangel-Santos auditioned for “So You Think You Can Dance” three times before making it to the academy round of the current season. Practicing ballet and modern styles, he said, increased his flexibility which helped prepare him for free styling portions of the show and helped to keep his dance moves from looking too stiff, which he had received critiques on in the past, he said. (Anirudh Keni/Daily Bruin)

The third time was the charm for Lorenzo Rangel-Santos’ “So You Think You Can Dance” audition.

The fourth-year dance student is currently competing on season 16 of the TV dance competition where he has advanced to the academy round in the show’s most recent episode. After auditioning for the past two seasons, Rangel-Santos said he discovered that including flips and tricks in his routines displays his highest caliber of talent to audiences watching at home.

While he said hip-hop and ballet classes at UCLA helped prepare him for the diverse styles of dance the show requires, it was his newfound confidence in showing his personality to the shows’ cameras that allowed him to succeed in his latest audition.

Developing a stronger mind came through increasing his adaptability in terms of choreography, Rangel-Santos said. Although he defines his style as hip-hop with influences from street styles and martial arts, Rangel-Santos said it was taking classes in all types of dance – such as ballet and modern – that aided him most with his audition. On the show, dancers would sometimes be asked to freestyle during the audition, he said, so preparation in other dance genres prepared him to choreograph his own small dances on the spot.

[RELATED: UCLA student revisits dance in recent season of ‘So You Think You Can Dance’]

Modern style dance classes at UCLA brought choreography utilizing the floor to the solo Rangel-Santos presented on the show, he said. Meanwhile, ballet classes taught him the foundations of dance and improved his technique so he could use it in his hip-hop style. These classes increased his physical flexibility, Rangel-Santos said, which helped to remove any stiffness from his dancing which he had received critiques on from judges in his past auditions.

When performing on TV, he said he had to adapt his movements to be bigger and exaggerated to translate the energy of the dances to those who were not actually in the room watching. He would watch recordings of himself in order to correct any movements that came across as subdued on-screen, and aim to improve them the next week, he said.

“I felt like my body was constantly being molded, and so I just allowed my body to be malleable so that it was ready to adapt to anything and everything that was going to be thrown at me,” Rangel-Santos said.

Alumnus Oscar Tsukayama, who Rangel-Santos took dance classes with, said he remembers seeing him show his work ethic by repeating the same dance routine in class until it was perfected. Dedication and persistence is important in a competitive setting like “So You Think You Can Dance,” where success is dependent on hard work, Tsukayama said.

“(People in the dance classes) would start bouncing out and sitting on the sides because they were just tired and beat up, but (Rangel-Santos) is one of the few people who kept on going back on the floor and would consistently practice before and after class,” Tsukayama said.

Along with its competitive nature, the reality-show aspect of “So You Think You Can Dance” can be challenging for contestants to succeed in, Tsukayama said. Hip-hop dancers can come off as being serious or intimidating because of the style’s “gangster” nature, he said.

However, Rangel-Santos shows audiences his upbeat personality through playful choreography, Tsukayama said. When he discovered he made it to the competition round, Rangel-Santos did a backflip and hit the “woah” onstage, which Tsukayama said showed audiences not only his dance ability, but the enthusiastic energy he brings to the show.

Rangel-Santos’ optimistic mood transferred off-the-air as well, said Juliette Martinez, a second-year dance student who participated with him on this season of the show. While competing in the contemporary portion, she said many of the hip-hop performers provided an excited energy that spread to other participants. Rangel-Santos’ positive personality showed itself onstage as he did flips to keep the audience engaged, Martinez said, but also lessened dancers’ nervous feelings while waiting backstage to perform.

“I feel like a lot of the hip-hop dancers were very positive, because hip hop is just more fun,” Martinez said. “(Rangel-Santos) was very good at keeping everybody’s spirits high and positive, and he works really hard.”

It might have taken Rangel-Santos a few years to make it as far as he has in “So You Think You Can Dance,” but he said his present experience has shown him that he was not prepared in the past. It gave him the opportunity to master more choreography styles and learn to be fully himself onstage – giving audiences a glimpse into who he is through his movement and persistent refusal to fail, he said.

“When you embrace failure as a comrade, I think many wonderful things happen,” Rangel-Santos said. “When you’re able to just be vulnerable about your flaws and honest with yourself, it’s good as an artist but also just as an individual and as a person.”