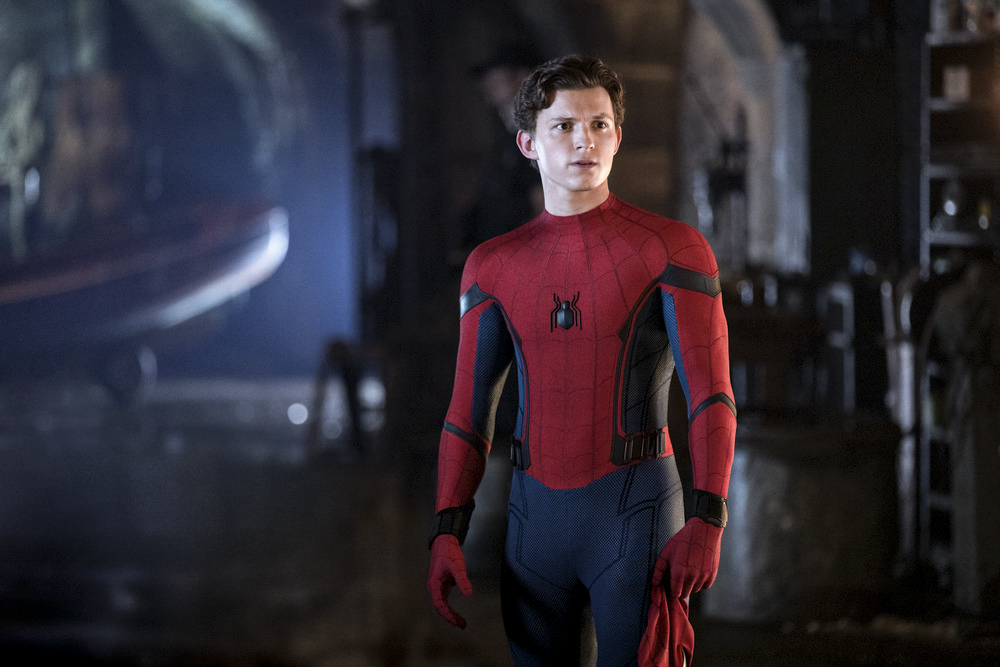 Peter Parker is far from home and in over his head.

Eight months after “Avengers: Endgame,” “Spider-Man: Far From Home” follows Peter (Tom Holland) and his friends as they grapple with the aftermath of Thanos’ defeat.

The ending of the last Marvel film was certainly bittersweet. Although everyone managed to return from dust, the world now has to contend with Tony Stark’s death. His absence left everyone wondering who will take his place, but the last thing on Peter’s mind is being a world-renowned hero.

While “Far From Home” is a movie clearly built with the Marvel action film formula, complete with witty one-liners and a fairly predictable villain, it builds upon the coming-of-age story laid out in “Spider-Man: Homecoming.”

Peter is struggling with both young adulthood and the expectations of being a superhero the world can depend on. His frustrations are clear when he repeatedly asserts to Nick Fury (Samuel L. Jackson) that he is merely the “friendly neighborhood Spider-Man” while being recruited to fight elemental villains.

Peter only wants to enjoy his class trip to Europe and figure out the best way to confess his feelings to MJ (Zendaya). However, these plans are interrupted in Venice when a giant water monster wreaks havoc in the city.

Newcomer Mysterio (Jake Gyllenhaal) claims these elemental creatures destroyed his planet and he offers to help Nick and Peter prevent the same catastrophe from happening to Earth. Peter quickly realizes he cannot catch a break due to this new threat and a legacy he is unsure he wants to embrace.

Holland’s performance reveals Peter’s lovable qualities, and while his naivete was charming, Holland shines most in the vulnerable moments. The reality of Peter’s youth rises to the forefront as Holland provides fresh-faced authenticity to the story, such as when he confides to Happy Hogan (Jon Favreau) that he is unable to grasp Tony’s belief in him after one of his mistakes almost costs him the lives of his friends.

This sincerity brings an important distinction between Spider-Man and the rest of the Avengers because, like a majority of the target audiences, Peter is still a teenager who is trying his best to navigate adulthood. And for a superhero that can shoot webs from his wrists, this is as relatable as it gets.

While Holland solidifies his role with his earnest performance, the supporting cast making up Peter’s classmates also continues to be the lovable crew from “Homecoming.” The cast provides comic relief that contrasts with somber issues – such as grief and world destruction – that take up much of the film’s thematic gravitas.

His best friend Ned Leeds (Jacob Batalon) is the familiar goofy sidekick that tries to get Peter to let loose as a “bachelor in Europe,” and Flash Thompson (Tony Revolori) draws inspiration from social media influencers, livestreaming himself even when in grave danger.

Despite the film’s humor, however, “Far From Home” also manages to address the question many fans were left with after “Endgame”: what is a world without Iron Man?

Reminders of the deceased hero are sprinkled throughout the film through memorials and the appearance of Happy, Tony’s chauffeur who guides Peter through his grief. It is not until his final battle against Mysterio that he fully confronts the weight of Tony’s absence, and the moment is poignant. It reflects the grieving process because it shows how long it took for Peter to accept that Tony is gone and believe that he is ready to take his place.

Anyone invested in the relationship between Peter and Tony will also receive closure and depth to Peter’s true feelings. While he may seem ambivalent to his superhero responsibilities, it is only because he does not feel ready to fill the void left by Tony. Holland handles this inner conflict with authentic emotion and innocence, trusting Mysterio as he yearns for a new mentor. This shows that he still seeks the guidance that Tony gave him, reminding viewers that he is still finding a way to live up to the heroes that came before him.

Although much of the film dealt with his struggles, there was still room for action.

The visuals of the fight scenes had an illusory effect similar to the ones in “Doctor Strange” thanks to Mysterio, who is an expert in special effects and uses technology to create illusions. The illusions Peter must overcome are creative, fresh and clearly symbolic of his insecurities. It also plainly depicts the grief and turmoil surrounding Tony’s death, as at one point he is thrown right in front of Tony’s gravestone.

Marvel has obviously found its footing with its ability to blend the successful aspects of an action film with emotional subtext that will pull at the heartstrings of any audience member. Fans can rest assured that even with unknown beginnings, Marvel will not be losing its touch for meaningful storytelling.

“Spider-Man: Far From Home” gives viewers hope that the future of the Marvel Cinematic Universe is in capable hands. Anyone still mourning the loss of some of the original Avengers can look to this refreshing development for some lighthearted fun as Marvel begins its next phase and closes its final chapter of the Infinity Saga.