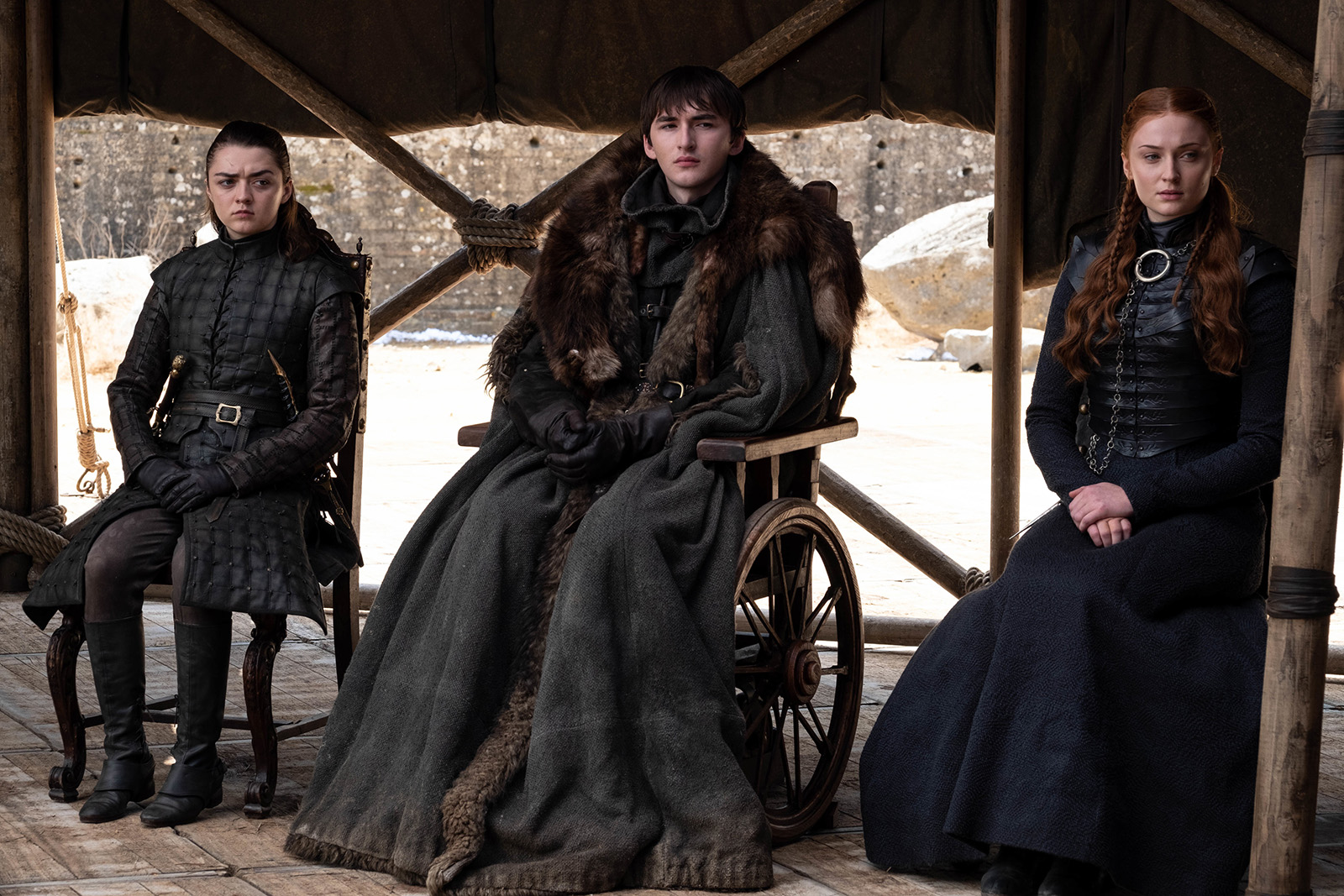 (Courtesy of Macall B. Polay/HBO)

Last week, the bells rang. This week, they lie broken among a crumbling city as Tyrion wades through the wreckage.

“The Iron Throne” brought the epic HBO series to a close – but a satisfying conclusion was just out of reach. Picking up where the previous episode ended, the sequence quickly pivots from the ruined city to Daenerys (Emilia Clarke) addressing her army, asking it to continue changing the world: “Will you break the wheel with me?”

Liberating Westeros – read: destroying it – isn’t enough for the Dragon Queen, as she doesn’t even take a moment to consider rebuilding the city before setting her sights on freeing the world from tyrants. Tyrion (Peter Dinklage), having discovered the questionably intact remains of his brother and sister, decides to cast aside his queen’s hand pin.

He then begs Jon (Kit Harington) to abandon his queen, asking what Jon would have done when the bells rang. In response, Jon seems stressed – after all, he only ever wanted to spend his days on a freezing cold wall, not questioning if he would have decimated a city. He hurriedly defends his queen-turned-lover-turned-aunt, and seemingly leaves the conversation in support of the dictator.

Despite the city’s wreckage, the Iron Throne stands strong. Daenerys approaches the metal throne, caressing it with obsession in her eyes. She then turns to face an approaching Jon, who declares her to be his queen “now and always.” The two smooch, which is gross on both moral and incestuous levels.

But Jon has always been honorable, and the sounds of metal and a gasp reveal that he stabbed his queen mid make-out.

As Jon cradles her body, Drogon appears and he’s vexed. But the whining creature incinerates the Iron Throne instead of his mother’s murderer, leaving Jon unscathed. How a dragon would be able to understand the symbolic importance of melting a throne made of weapons remains unknown, but the iconic throne is nonetheless destroyed.

Alyssa Yu, a first-year electrical engineering student, said she found Daenerys’ death to be poetic, as she felt it reflected Jon’s belief that love is the death of duty. However, she said the death felt unresolved. There was little to no response from the queen’s army, and people seemed to just accept her death.

“For nobody to talk about it or even retaliate against Jon seems unbelievable,” she said. “They just never mention Daenerys again.”

The show then jumps to a gathering of the lords and ladies of Westeros – Grey Worm (Jacob Anderson) brings Tyrion, the Unsullied’s prisoner, forward for them to decide his fate. They debate both his and Jon’s rights to live but have no ruler to make a decision – Tyrion then posits that they should choose a new ruler. Sam (John Bradley) tries to invent democracy – a bit too progressive for Westeros – but the group soon decides that rulers should be elected by the lords and ladies. It’s a step in the right direction, but not exactly breaking the metaphorical wheel.

And what makes a good leader? For Tyrion, it’s stories. And who has the best story among them? In one of the most questionable decisions of a season full of iffy choices, it’s Bran (Isaac Hempstead Wright), the Stark boy who spent 90% of the season sitting under a tree and the other 10% convincing people that he’s a raven with an extra eye, not a human.

All the lords and ladies vote Bran into power unanimously, and no one questions Sansa’s (Sophie Turner) insistence that the North be free. There isn’t even a discussion – Tyrion suggests Bran, and everyone seems fine with the idea of having a weird, all-knowing raven king.

The decision felt random to Sydney Tay, a first-year molecular, cell, and developmental biology student. Throughout the series, Tay said the show has emphasized that Bran was separate from humanity, and it was odd for them to put him in an intensely human role.

Sansa – who has had a far more compelling character arc throughout the course of the show – is the clear winner here, as she now rules an independent northern kingdom without question. If the most powerful story truly makes for the best leader, Sansa is the reasonable choice.

But Bran the Broken – his title could use a bit of tweaking – will rule the six kingdoms, and we turn to a new council meeting with Tyrion as king’s hand. Sam as the new grand master presents Tyrion with a book, “A Song of Ice and Fire,” which documents the wars since Robert Baratheon’s death. In an episode that just praised storytelling, the moment feels self-serving and gratuitous.

The scene, filled with meaningless bickering, delivers the series’ final spoken words – and they’re about brothels. If the writers cared about storytelling as much as this episode made it seem, they might have wanted to end their series with a conversation that had actual weight.

But nonetheless, the remaining, completely human Starks are clearly the true winners of this game. In a beautiful final scene, the shots flip between Sansa taking the throne in the North, Arya preparing to adventure to unknown lands and Jon leading the wildlings out past the wall.

As Jon and Arya look off into the distance, the “Game of Thrones” spinoffs seem ready to go. One adventure has come to a questionable end – it’s time for another to begin.