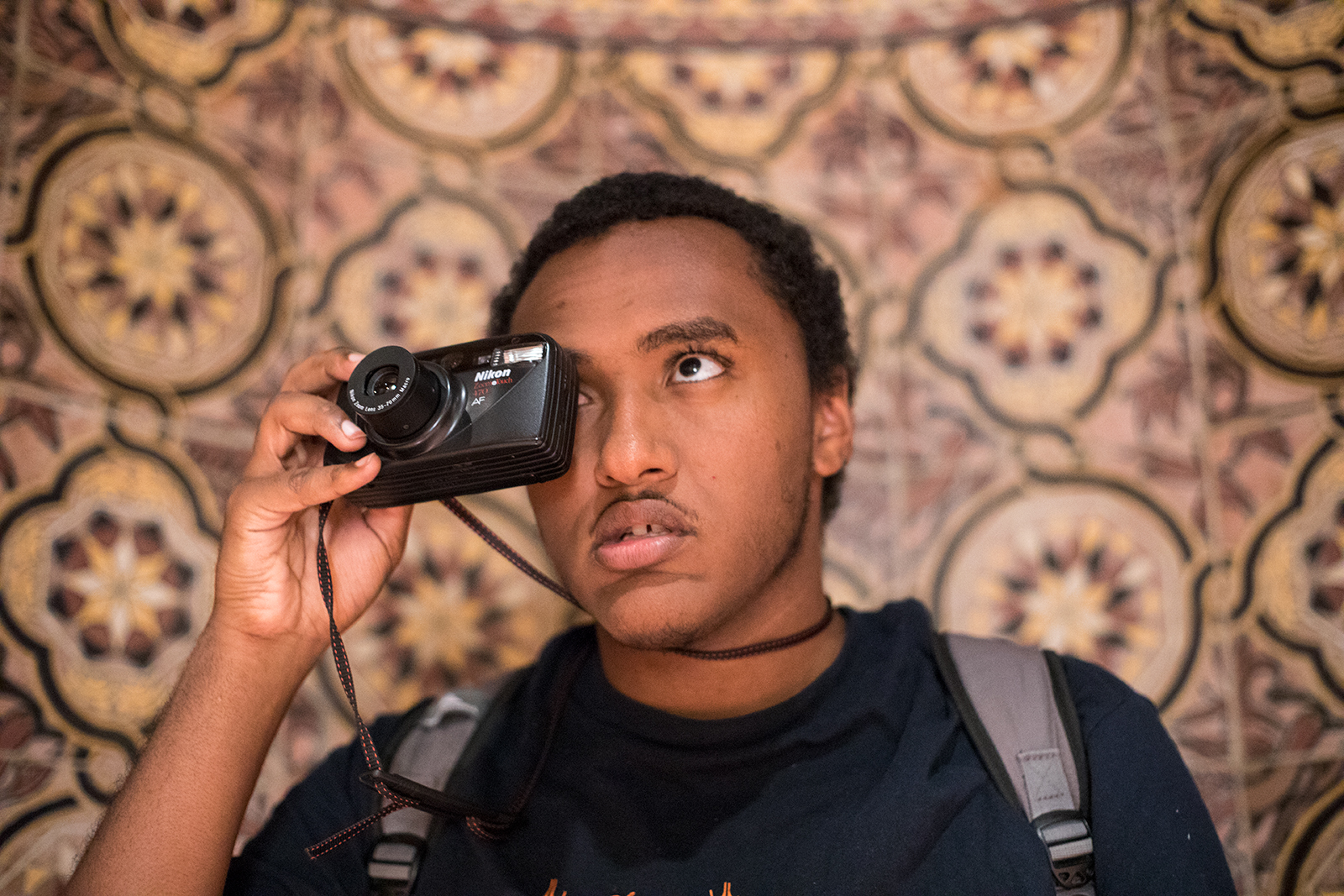 Daniel Leka, a third-year political science student, is an SCA committee member and event chairman for “The Photo Pit,” a showcase that aims to highlight UCLA photographers, as well as local music artists. (Tanmay Shankar/Daily Bruin)

Photographers, unlike their work, can never have too much exposure.

“My goal is bringing everyone together and showing the art that goes into capturing a shot … and making everybody feel welcomed and represented as an artist,” Leka said. “I want … the next photographer that needs that boost or jump (to) look at the event to see that it’s in their reach.”

The event stems from Leka’s own concert photography experience in the LA area. With A$AP Rocky at The Forum, James Blake at the Hollywood Palladium and a few other big names under his belt, Leka said he wants to highlight the talent he has witnessed among his peers in the field to give back to the artistic community.

Concert photography is twofold, as it intends to both depict an artist while also revealing another artist’s vision, Leka said. But such duality requires a complex artistic process, he said. Networking with other photographers, acquiring press passes and contacting artists are just some steps concert photographers take before the shoot itself. Even the physical act of shooting is difficult, he said, as photographers have to contend with excited crowds, speedy camera adjustments and the typically allotted three-song limit photographers are allotted.

The field is often viewed in commercial contexts, said third-year astrophysics student Antoine Delcayre, whose work will be displayed at the event. Photographers often have to fulfill musicians’ promotional needs, so the artistry can sometimes be lost to viewers.

In a shot of Petit Biscuit, for example, Delcayre said he used the venue’s lighting design to render a silhouetted image of the musician, which required precise timing and attention to geometry. Displaying work in a gallery setting – which highlights artistic appreciation – was a conscious decision on behalf of the event’s organizers.

“Through this gallery event, we’ll be able to take the art part of concert photography in more,” Delcayre said. “It’s important to remember that the photographers themselves are also artists.”

Having taken up concert photography this year, Delcayre said the field can pose challenges for someone just getting their foot in the door. During his first shoot for Frankie Cosmos and Kero Kero Benito, Delcayre said he was caught in a mosh pit and was shooed away from the photo pit. Leka guided him after what could have been a discouraging start by advising on how to get contacts in the industry, Delcayre said. Getting involved in photography can be a difficult journey without the right type of support, he said, which is why Leka believes events like “The Photo Pit” will give artists a boost by giving their work exposure in the UCLA community.

Max Huang, a fourth-year molecular, cell and developmental biology student, said he found out about the event from friends and was interested because he has not noticed many places on campus to exclusively showcase photography. This is the only one he has noticed this year at UCLA, he said. He plans to attend the event and said it would support rising local artists, as well as help photographers gain inspiration to expand their creative vision.

“It’s important to have outside perspective,” Huang said. “It widens your artistic exposure.”

Leka said he believes the event will show photographers are united by their reliance on viewers for career advancement, despite the medium’s individualistic character. Especially for smaller artists starting out, Leka said he wants to provide a platform where they feel welcomed and encouraged.

“Every artist has an audience, and we just want to cultivate a larger audience for them moving forward,” Leka said. “The artist you see on the Coachella Instagram account is local to somebody, just how UCLA photographers are local to you. We’re all one connection away from being next to a person that has potential to do great things.”