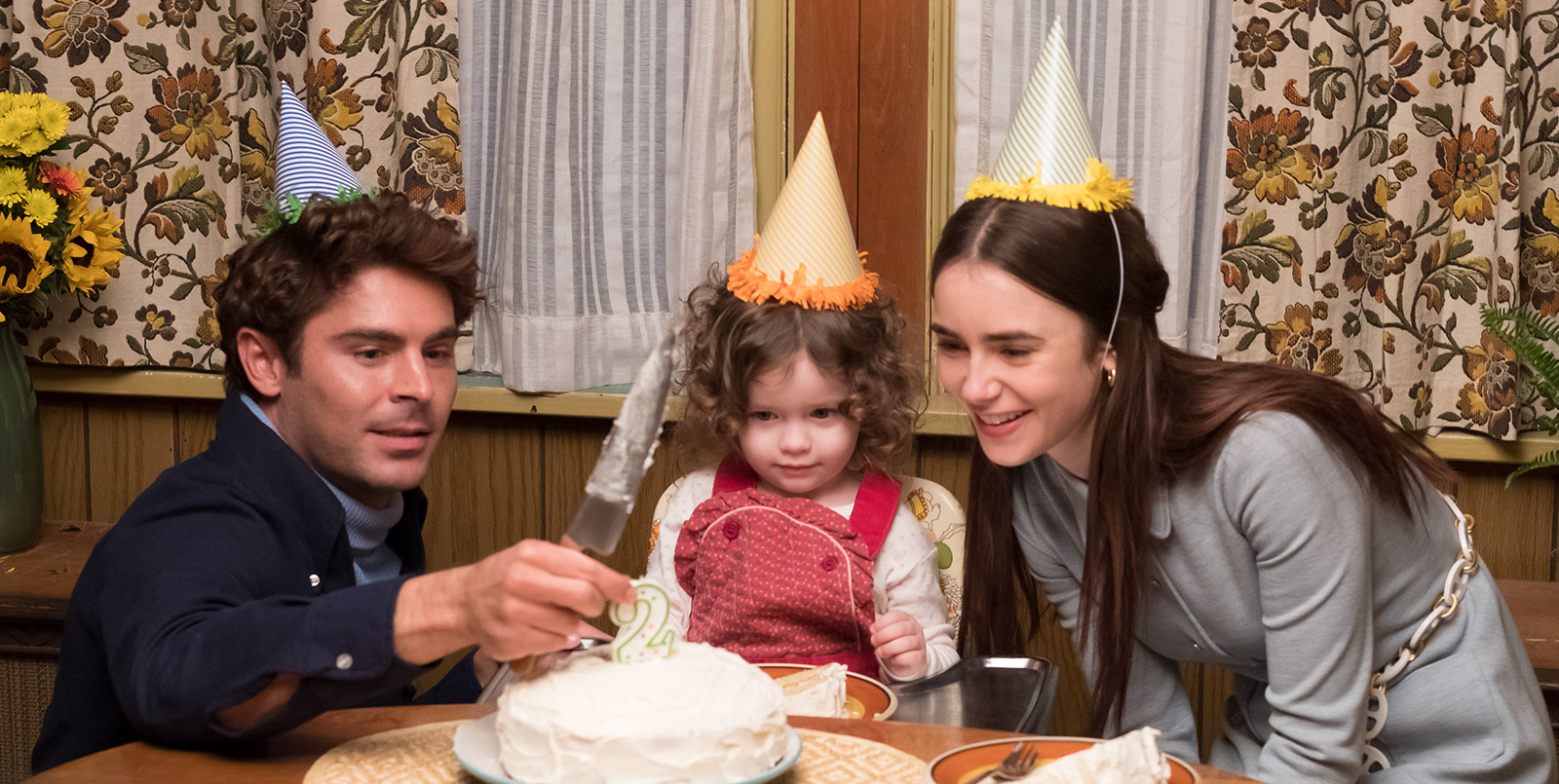 Extremely Well Done, Shockingly Empathetic and Visually Stimulating. A credit to the filmmakers and not the subject himself, Netflix’s latest flick skillfully demonizes a horrific man by giving a voice to his many victims.

“Extremely Wicked, Shockingly Evil and Vile” tells the story of serial killer Ted Bundy’s trial and its influence on the women in his life, particularly the journey of reckoning faced by his serious girlfriend Liz. Starring Zac Efron as Bundy and Lily Collins as his girlfriend Elizabeth Kloepfer, the film stands out in a genre often perceived as a glorification of criminals through its honest and female-driven narrative.

When the film’s trailer first released in January, it was shrouded immediately in controversy, mainly surrounding the editing and music choice’s apparent glorification of the killer’s charisma. However, the film effectively mirrors Bundy’s actual treatment from the media at the time of his arrests. Maintaining his innocence, Bundy’s preppy appeal to young women by emphasizing his supposed normalcy and intelligence throughout his extensive media coverage is reflected in Efron’s physical appeal, introducing a basic layer of manipulation echoed throughout the film. The film excels in reflecting this phenomenon through its casting of Efron and its honest depiction of the media.

The film at first seems to suggest it might take the boilerplate approach of handing Bundy’s character by giving him full narrative emphasis. Documenting each step of the legal process that ultimately resulted in his execution and front-loading with more domestic scenes that appear to endear his character, only to set up for a horrific reveal, follows this trend rampant in the true crime genre. It would have been easy, after all, with Efron in the driver’s seat. Giving a stunning performance in manipulation, Efron effortlessly exudes the same charm and intelligence Bundy oozed in his interviews and broadcasted trials. More impressive is Efron’s ability to showcase Bundy as a controlling force away from the media and in his own home by mirroring his nervous mannerisms, such as his forced laughter and lifeless but intense eye contact.

But despite a stellar performance, Efron isn’t the film’s star.

What makes the film worth seeing is the special care taken to highlight the women, using them as a platform to analyze Bundy’s horrific actions. Most Bundy-centric media tends to neglect his two girlfriends, which this film rectifies through providing them ample screen time and substantial character development. The central character arc belongs to Liz, not Bundy, which emphasizes the true shock of his conviction through her relationship with the man she, like others, at one time believed was innocent.

A montage sequence early in the film introduces these contrasts between Bundy the family man to his girlfriend Liz, and Bundy the monster, overlaying fake home video with news coverage of his gruesome acts. Still, the film insists on showcasing the full extent of Bundy’s evil, particularly within his intimate relationships with women such as Liz and his later girlfriend Carole Ann Boone. Kaya Scodelario delivers a nuanced portrayal of a severely influenced Boone in her punctuated delivery, lending a human connection to the woman vilified at the time for her loyalty to Bundy.

The film delves into an honest and unromanticized examination into the effects of Bundy’s control over Liz, including the alcoholism and disintegrating relationships that resulted from his relentlessly controlling nature. The audience spends as much time focusing on Bundy through Liz’s perspective as it does the overarching circumstances, grounding the narrative in how she was impacted by his actions – a neglected story line in other films of this ilk.

Collins delivers an emotional but assertive tribute to the women affected by men in this way, veering away from what could have been a Bundy-dominated ego trip of a true crime film. In one of the film’s final scenes, her stoic demeanor in the face of Efron’s horror, ultimately leading her to necessary closure, is a credit to Collins’ command of body language and immersion into the role.

As a figure often criticized for not seeing the red flags in Bundy, Collins as the driving force in the film’s conclusion is able to voice the guilt she feels for not being able to help the other women Bundy fatally manipulated. The same can be said for Scodelario, whose multidimensional dialogue allows her to both honestly voice her emotions with Bundy and demonstrate the true lack of agency she had under Bundy’s control. Tight shots on both Collins and Efron’s faces showcase their emotive capabilities, and serve to contrast Liz’s genuine emotional journey with Bundy’s dance with deception.

The color palette is muted, and reflects the normalcy of the environment wherein Bundy’s crimes were allowed to thrive. Still, it does nothing revolutionary beyond elevating the true crime genre into more advanced cinematography. Flawless integration of real video and audio clips regarding Bundy’s trials, mainly at the conclusion of the film, legitimizes the reality in which these fictionalized characters interact. However, the film to some extent takes advantage of the sensationalization of Bundy himself through Efron’s acting to energize a potentially predictable plot. Nevertheless, the film fulfills its goal in telling the story honestly, even if it means the story line errs on the slower side.

Violence against women is as pervasive in society as it was at the time “Extremely Wicked, Shockingly Evil and Vile” was set, and it stays true to delivering an honestly emotional and female perspective – a step forward in the genre of true crime.