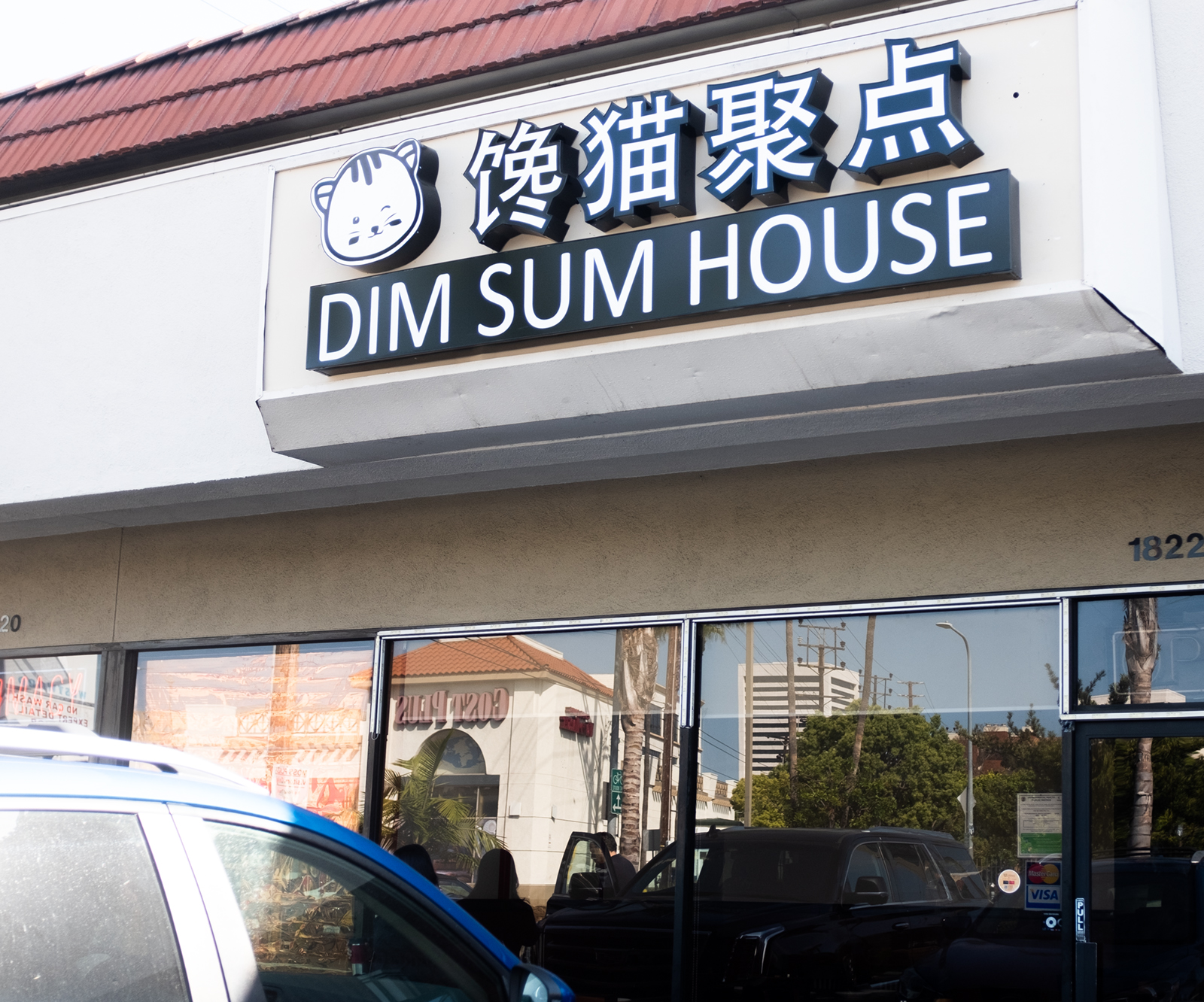 The Westwood restaurant, which opened in early April, serves Chinese dim sum, Japanese-inspired hot pot and various types of barbecue. The menu boasts multiple dishes priced under ten dollars, allowing budget-conscious customers to taste a variety of items. With minimal decorations – including bamboo, nature paintings and hanging decor with Chinese motifs running throughout – the general ambiance was simple and underwhelming. Amid the lackluster decor, the food was generally mediocre and lacked delicate execution.

Topped with a chunky garlic spread and noodles tied in a tight knot, the restaurant’s oyster dish was elaborate. While all the separate elements of the dish were delicious, they were difficult to eat together, thanks to the number of layers burying the oyster. The oysters could do with slightly less garlic sauce on top, as they were flavorful enough on their own.

The hot pot, however, was bogged down by a few too many ingredients. With a bowl including beef, sweet potato noodles, fried tofu and a quail egg, among other items, it was a gamble what would come up on the spoon for each bite. There was an elaborate mix of ingredients because of the noodles, bean curd and varying meats, but the varying textures failed to complement each other. The fried tofu was extremely dry on the inside, but the noodles were cooked well and provided a welcome contrast to the spiced broth. But despite being made out of sweet potato, the noodles lacked any distinct taste. However, the hot pot’s overall flavor was quite strong and offered a tinge of spice in the aftertaste.

Served with red vinegar, the shrimp-and-spinach dumplings and juicy steamed pork buns were appetizing but fell apart easily and were difficult to eat. The chewy skins were different on each type of dumpling. The shrimp-and-spinach dumplings boasted a sticky and clear exterior, exposing the insides, while the pork version was thicker and chewier. Inside each dumpling, there were about five mini seasoned shrimp, accompanied by minuscule amounts of spinach, causing the vegetables to be overpowered by the seafood.

While savory, the pork buns were incredibly slippery, with the meat immediately falling out of the skin upon the first bite. The menu listed the item as buns, but they were similar in taste and appearance to dumplings. Though the presentation and execution were lacking, the delicious pork filling saved the dish, making it a better option than the shrimp-and-spinach dumplings.

The restaurant’s fried spinach-and-chicken scallion pancake presents customers with a menu option that is not too oily while still satisfying a fried food craving. The pancake dough tasted like wonton wrappers with a crispy coating. The wontonlike dough on the inside was chewy and enhanced the overall flavor of the chicken pieces by adding a soft element to balance the dish.

Dim Sum House’s barbecue chicken soft rib skewers had a rub consisting of many spices and looked tasty at first glance. However, the skewers soon disappointed because the skewers themselves actually were edible chicken bones. The chicken cubes were extremely challenging to eat because of the bone’s toughness and lacked a palatable texture.

The owner then brought out warm baked egg tarts in a flaky, delicate crust. The dish’s minimal sweetness combined with the egg flavor created an intense combination – the tarts tasted more like an omelet than a dessert. The texture made the dessert difficult to enjoy, but the tarts were flavorful nevertheless.

The delicious and visually appealing “piggy sweet creamy custard bun” was decorated to display a pig’s face, with colorful dough designed to resemble the animal’s features. The dessert, filled with a coconut-based custard, looked and tasted like mashed sweet potatoes, and offered customers of any age an impressive choice, thereby satisfying one’s sweet tooth. With a fun design and sugary taste, the pig face buns were the standout dish of the night.

Dim Sum House attempts to challenge Din Tai Fung’s dim sum, which serves more common dishes with more traditional Chinese dishes, but Din Tai Fung seems to reign supreme in food and ambiance. It is not necessary to rush back to Dim Sum House, but if one desires an inexpensive, late-night bite, this spot would be the solution.