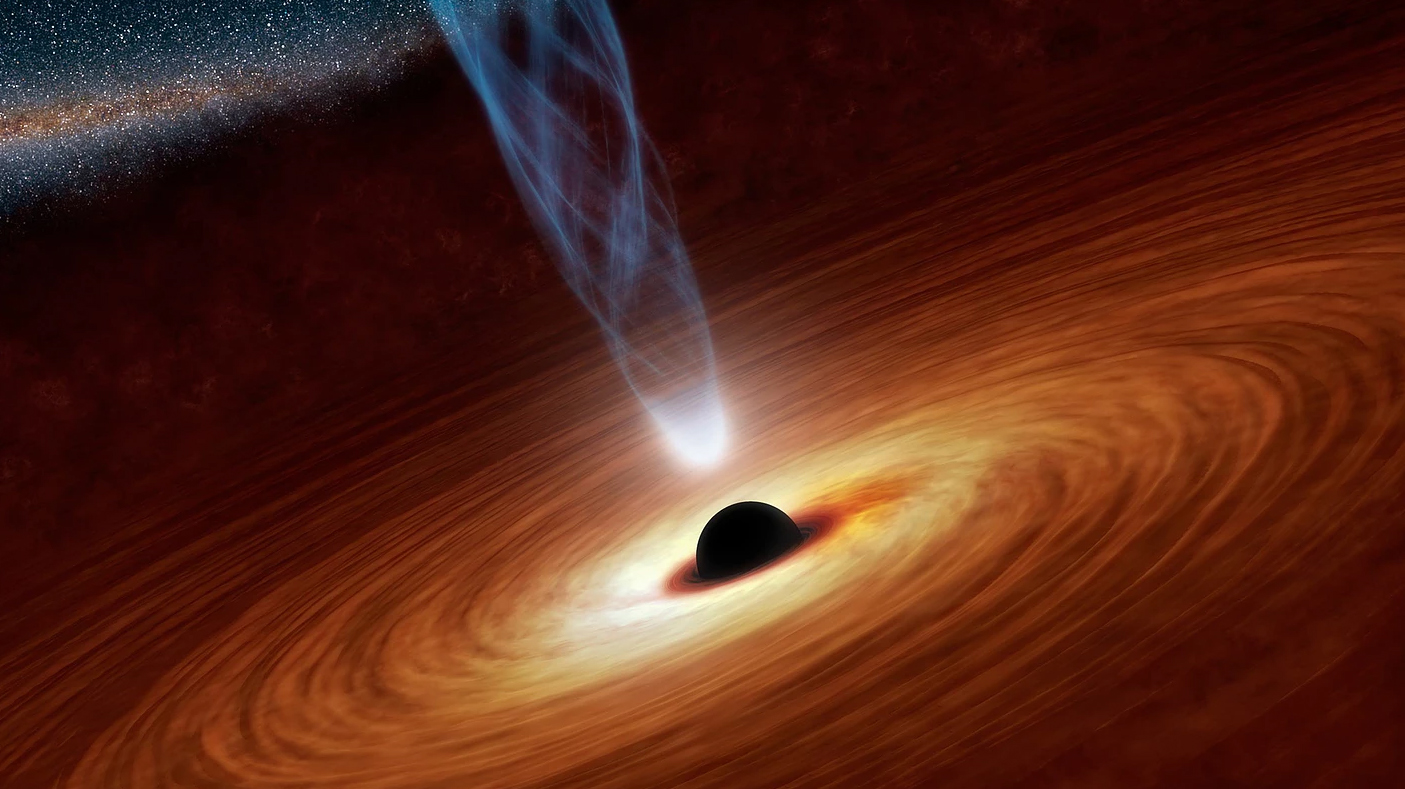 Alumnus and astronomer Robert Hurt works as a visualization scientist, illustrating celestial bodies and processes that cannot currently be photographed due to limitations in technology and too-large distances. (Courtesy of NASA/JPL-Caltech/R. Hurt (IPAC))

The physical composition of our universe moves us deeply through its aesthetic and scientific qualities – from particles to planets.

Through the pursuit of science, we can attempt to define the reasons behind our aesthetic appreciation for the natural world. Much less obvious, however, is the idea that that our power of aesthetic appeal helps better understand basic principles of the universe. I visited UCLA’s astrophysics department to learn a bit more about how scientists create and use aesthetics to increase public interest and better grasp the nature of our reality.

Sometimes when we look at art, our immediate surroundings fall away, and the human-made creations transport us to realms light years away. As it turns out, astronomers like Robert Hurt wield this gift in a literal sense. The alumnus works as a visualization scientist at California Institute of Technology’s Infrared Processing and Analysis Center, where he edits photographs of space for press releases and illustrates celestial bodies that are not yet photographable due to limiting variables, such as distance and precision technology.

“My job has to do with the degree to which a scientist or an artist can play with the same dataset and remix it to present it in ways that has both meaning and impact,” he said. “The goal is to find ways of showing the universe in a way that is compelling but also captures the ideas of science we want people to be able to understand.”

Hurt takes NASA Spitzer Space Telescope images, remixing the colors to emphasize and distinguish between the kinds of matter that make up outer space. Yet, because the human eye can only see a small portion of the full light spectrum – the rainbow colors of the visible spectrum – Hurt remixes the basic colors red, blue and green from infrared and X-ray images to portray a reality of space that is legible for human senses. For instance, he may depict the light emanating from hot stars in the form of dust through a tinge of green while portraying gas-based light in a blueish hue. Hurt said he accounts for the transmission of accurate information about the contents of space but also aims to create magnetic images that will grab attention in an overloaded newsfeed.

The importance of aesthetic appeal in raising public interest in scientific discoveries also crops up in Hurt’s illustrations of planets, asteroids and galaxies. In such instances, the scientific community possesses only numerical data – how far a planet is from its star, its size compared to Earth, what class of star it orbits – based on which Hurt must create a possible model of its appearance. Through a combination of 3D graphics, animations, painting and Photoshop, he said he merges his creative hobbies with astronomical formations to create artistic extrapolations while staying within the limitations of possibility.

Drawing from the same understanding of light waves that Hurt used, Archi Bhattacharyaa explained how color is, at its core, a symmetric light wave. From this, the first-year physics student argued humans favor symmetry as pleasant because it is the very structure of existence. He said the principle of symmetry manifests across physics, chemistry and anatomy – no wonder it also appears in some of our most celebrated artworks and musical compositions.

“What I came to notice is that fundamental natural phenomena are symmetrically arranged,” Bhattacharyaa said. “This is built into the intrinsic nature of what we as humans are.”

Scientific detection and attention to patterns in nature are deeply connected to abstract searches for beauty. To explain why we see self-repeating patterns in nature, Jared Rivera, a fourth-year physics and engineering student, cited the principle of least action. The principle holds that nature is lazy; it will take the shortest, most efficient path to create physical structures. Perhaps this is why humans hold such reverence for visual order, he proposed. In his recent readings about science history, Rivera said he noticed how theorists seek the beauty of simplicity to hone the accuracy of their equations and theories.

“Historically, as we move forward, we need (fewer) parameters to describe the same data as the number of equations and their length seem to get more compact and more versatile,” he said. “So one of the main drivers forward in guiding our theories is looking at whether the equation is as simple and beautiful as it can be without losing information.”

For instance, string theory – a possible theory of everything in physics – draws on the claim that the more abstract, general and simple an equation, the more likely its chances are of being accurate. Rivera said the theory aims to combine the fundamental forces of our universe into a single equation. Such respect for simplicity is a major tenet of scientific theory and certain artistic movements alike. Abstract minimalism and conceptual art comprise methods by which artists usually illustrate complex ideas with a straightforward use of limited material.

Major elements of art – color, symmetry and simplicity – constitute the foundational structure of the universe. As I discovered through conversations with current and future astronomers, physicists and engineers, humanity’s scientific and aesthetic perspectives are not as distant nor opposed as we tend to believe. In many respects, they can even be considered one and the same.