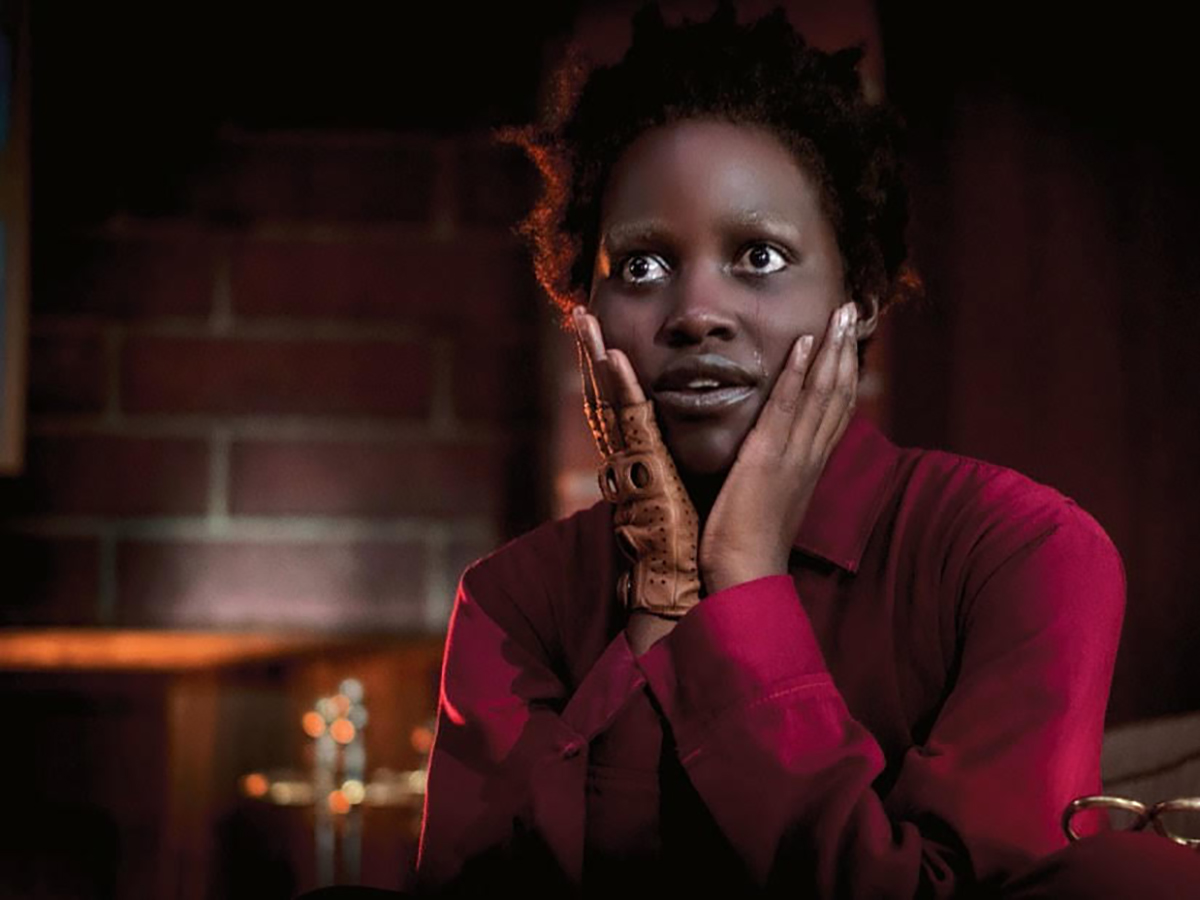 Hopefully, you’re not afraid of your shadow.

But if you are, Jordan Peele’s latest venture might not be for you; “Us” highlights the separation of body and soul, good and evil, human and shadow.

An exceptional film that keeps audiences on their toes, Peele’s second directorial work stands equal to his debut. Though it lacks the striking racial commentary of “Get Out,” it incorporates a paradigm-shifting approach to the standard monster movie setup, with visual storytelling that solidifies his masterful cinematic style.

The film details the story of Adelaide Wilson (Lupita Nyong’o) and her family, who are heading to their vacation home in Santa Cruz. After a traumatic childhood experience she once faced at that very beach, she is anxious about returning, but her husband Gabe (Winston Duke) convinces her to go with their children, Jason (Evan Alex) and Zora (Shahadi Wright Joseph). Small coincidences and off-putting experiences culminate in a family mysteriously appearing in their driveway. With matching uniforms and a haunting stillness, the exact doppelgangers of Adelaide’s family are intent upon murdering the Wilsons.

The film would not have functioned without Nyong’o’s exceptional performance. Her portrayal of Adelaide feels authentic, exploring the complicated feelings of a caring mother who wants to protect her children while also struggling with the anxiety-inducing unknown.

Overall, however, Adelaide is a fairly typical facet of a horror film. What is truly impressive is Nyong’o’s portrayal of Adelaide’s doppelganger. She disturbingly alters her voice to a broken, raspy growl and her mannerisms to be quick and disjointed. As soon as she handcuffs Adelaide to the coffee table and recounts a tale about her younger self, I couldn’t help but shudder.

Playing two characters at once is not an easy feat, and their dynamic is especially captivating, as they each must prove to their respective families that they can handle the situation. The doppelganger begins as a confusingly intimidating demon and ends as a vulnerable and three-dimensional character. By treating the monster like a real character, rather than a poorly developed entity with no motivations, the film becomes much more interesting and, in some ways, more like a drama. Adelaide’s childhood fears seem etched in both characters’ memories, and they visibly understand each other more than the other pairs of clones due to their complicated past with each other that is revealed throughout the film. Though they only have a handful of scenes together, their interactions could warrant a full-length feature film.

While Nyong’o’s performance is essential to the psychological impact of the film, the creative cinematographic choices are key in illuminating its core theme: reflection. When Adelaide’s post-traumatic stress kicks in at the beach, Peele uses visual elements to remind the audience of the dopplegangers awaiting them. As the Wilson family walks across the beach, half of the screen captures their sunlit bodies, and the other half contains only their tall shadows cast in the sand. A red frisbee lands precisely on an identical blue circle design on a blanket. The title sequence is simply a widening shot of cages and cages of rabbits. Once the family arrives, Adelaide’s head is shoved into a cracking mirror. While the refined symbolism cements Peele’s masterful directorial skills, it’s also the reason this horror movie works.

Peele also incorporates comedic moments to the film, which nicely balance the scares. Gabe enters the film as a likable father figure whose family pokes fun at him when he buys a dinky motorboat. A few good dad jokes are thrown around, and the audience can’t help but laugh when he tries to look tough in front of the strange family in the driveway. Even after the atrocities begin, Peele expertly works in the character’s humor, so that you’re unsure if you’re going to laugh or scream next.

The throwback soundtrack only adds to the film’s humor by combining horror with upbeat music. For example, the brutal murdering of another family is underscored with the Beach Boys’ “Good Vibrations,” and when they ask their smart speaker to call the police, it instead plays “F— tha Police” by N.W.A. Through music, Peele lets the audience know that they should expect the unexpected.

Excepting the Beach Boys scene, the film focuses on 90’s hip-hop. This music unifies the family early in the movie, which can be seen in their car singing along to “I Got 5 on It” by Luniz. Later, a remix of this song is, entirely unironically and in a bone-chilling manner, integrated into scenes. I would be lying if I said I didn’t go on Spotify afterward to find that specific remix. The creative integration of this song at the beginning and end of the movie, making it act as a motif, is another example of the director manipulating the audience’s expectations.

As the plot unfolds, the backstory gets a bit complicated, and if you aren’t paying close attention, you might get lost in the twists and turns. Nonetheless, Peele effectively sets up a unique premise with a strong leading woman and striking creative choices. Even after the nationwide excitement cultivated by “Get Out,” Peele will leave nobody disappointed.