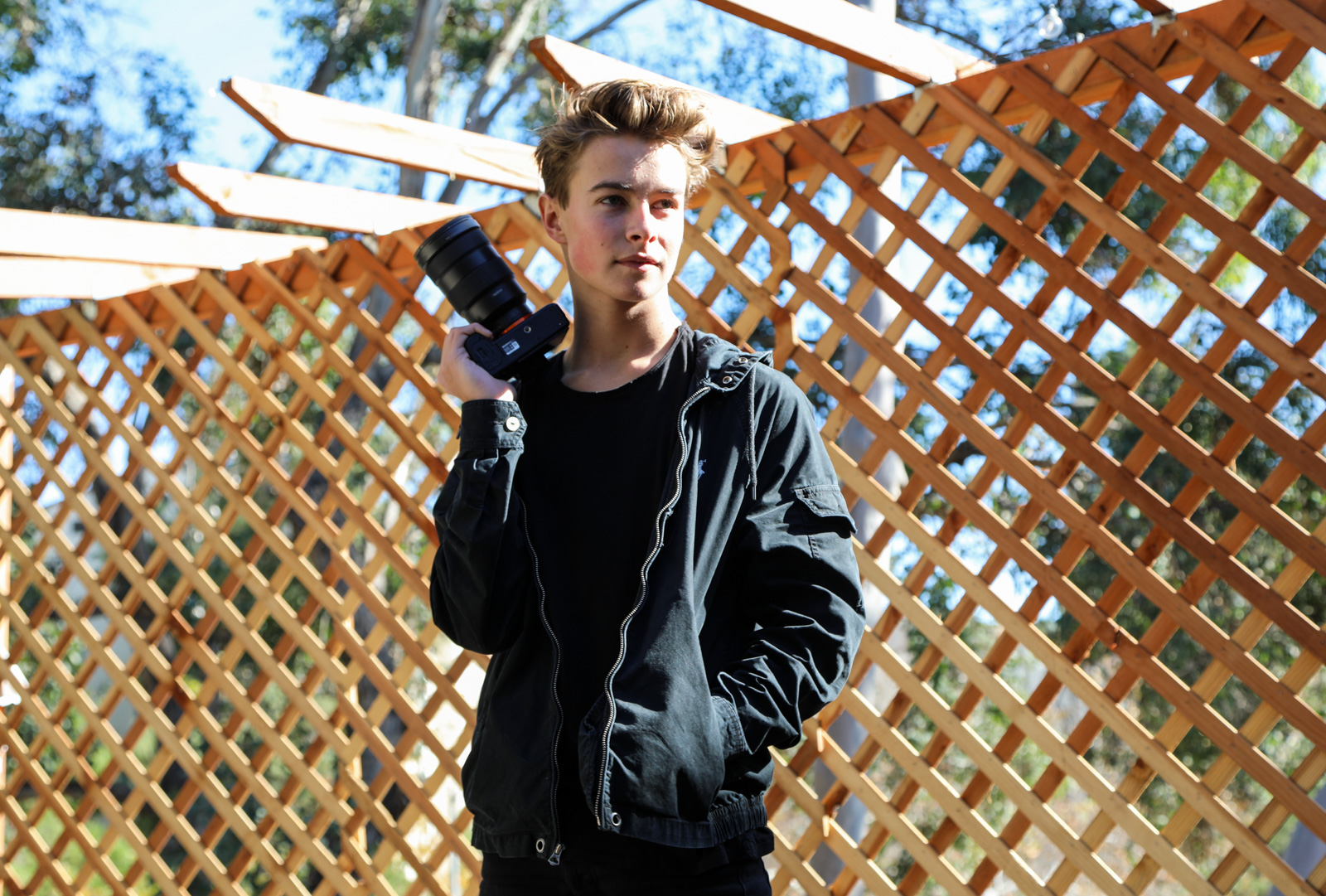 Second-year psychology student Connor Brashier is currently shooting videos for Shawn Mendes’ self-titled world tour. Brashier got his start shooting lifestyle videos for brands like PacSun, but has recently taken to capturing the energy of concerts by artists like Mendes and The Chainsmokers. (Daily Bruin file photo)

Connor Brashier made arrangements to take one of his final exams while in Germany.

The second-year psychology student will miss finals week because he is currently shooting videos for Shawn Mendes’ self-titled world tour, which kicked off March 7 in Amsterdam. His role involves editing and sharing clips with Mendes for the singer’s social media accounts. Brashier got his start in lifestyle videography working with brands like PacSun and Pura Vida Bracelets, but has taken to filming DJs and musicians like Madison Beer in recent years. Filming on tour brings creative challenges with each consecutive show, he said, but it ultimately allows him to better incorporate music into videos.

“Having a video team on the road has been so important to giving my fans constant content and helps me to connect with them,” Mendes said in an email statement. “(Brashier) has an amazing way of capturing really special and intimate moments at shows and backstage, and has just an incredible energy.”

When editing previous surf or skate videos, Brashier said he often chose songs to accompany the footage and cut the clips to the beat. With newer projects related to performances, the songs now serve as the starting point for videos, while different action shots of the artists or unedited footage make up the visual aspect. For example, a video on Brashier’s Instagram account features clips of Mendes’ 2018 festival run, with shots changing to the beat.

“One of the main reasons behind starting video is because music has always compelled me a lot,” Brashier said. “I finally was able to take what inspired me to make videos and combine that with the art itself.”

Lifestyle and commercial shoots, he said, allow for multiple retakes and shots, but creating concert videos feels more natural because the moments are candid each night – in one of his shots, Brashier captured Mendes hugging audience members. Having shot for DJs like The Chainsmokers, Brashier said he sometimes cuts between shots in time with the music to catch strobing lights and upbeat energy from performances.

But Mendes’ music – along with that of other concert tours – does not always call for clips to be spliced, he said, because it does not feature such intense lighting and special effects. Instead, Brashier said he sends Mendes raw shots or slow-motion edits for Instagram from the previous night’s performance. He said the genuine moments may get lost by editing clips together, so for clips like the one in which Mendes hugs audience members, Brashier simply slowed down the footage to capture the beauty of the moment.

Mendes usually posts footage by various photographers and videographers on his Instagram story after each show, and some of Brashier’s footage includes Boomerangs of the singer performing. Others feature audiences jumping up and down in slow motion as confetti and smoke launch into the air.

“With what you’re given, you try to be creative in how you do it and try to differentiate yourself from the thousands of videographers doing it,” Brashier said. “I think it’s about catching those genuine moments, and that’s really luck-based.”

Andrew Gertler, Mendes’ manager, said he hired Brashier after watching him shoot a video for a DJ managed by one of Gertler’s friends. He said Brashier stood out because of his work ethic – he was the only one working hard that night while others partied – and his fresh eyes, which help capture new ideas every night.

Brashier usually sends Mendes about three or four distinct clips the day after a concert but has more creative freedom in long-term recap videos, Gertler said, because being on tour gives the team a larger window of time to decide when to drop bigger projects. Though the tour is in its early stages, Brashier said he plans to figure out what the long-term videos should entail as it continues.

A crucial challenge in capturing tours is learning to stay passionate about each show and continually creating quality content, said Sam Dameshek, a photographer for part of the tour and one of Brashier’s childhood friends. Since videographers and photographers capture similar shows each night, Dameshek said the team must look to capture differing candid moments from each night. He added shooting for tours helps creators like Brashier, who sends videos to Mendes on short notice, produce content on the fly.

“Touring was one of the biggest learning experiences for me because it’s so quick – you can’t be like, ‘Oh, I want to take a break,’” Dameshek said. “You committed to this, and people are relying on you.”

Brashier said creativity in tour videography can be found within luck-based genuine moments, but those shots can be caught more easily through planning. He said he can quickly learn what angles work best for different parts of the set because the shows feature recurring patterns, from set list to choreography. Brashier said the opportunity to take videos for Mendes’ tour will allow him to learn from an experienced team and develop ideas to capture concerts over his months of traveling.

“With this tour, I have so many eyes on me because it’s a large audience, so I feel like it’s really time for me to be the most creative I possibly can and show the world what I can do,” he said.