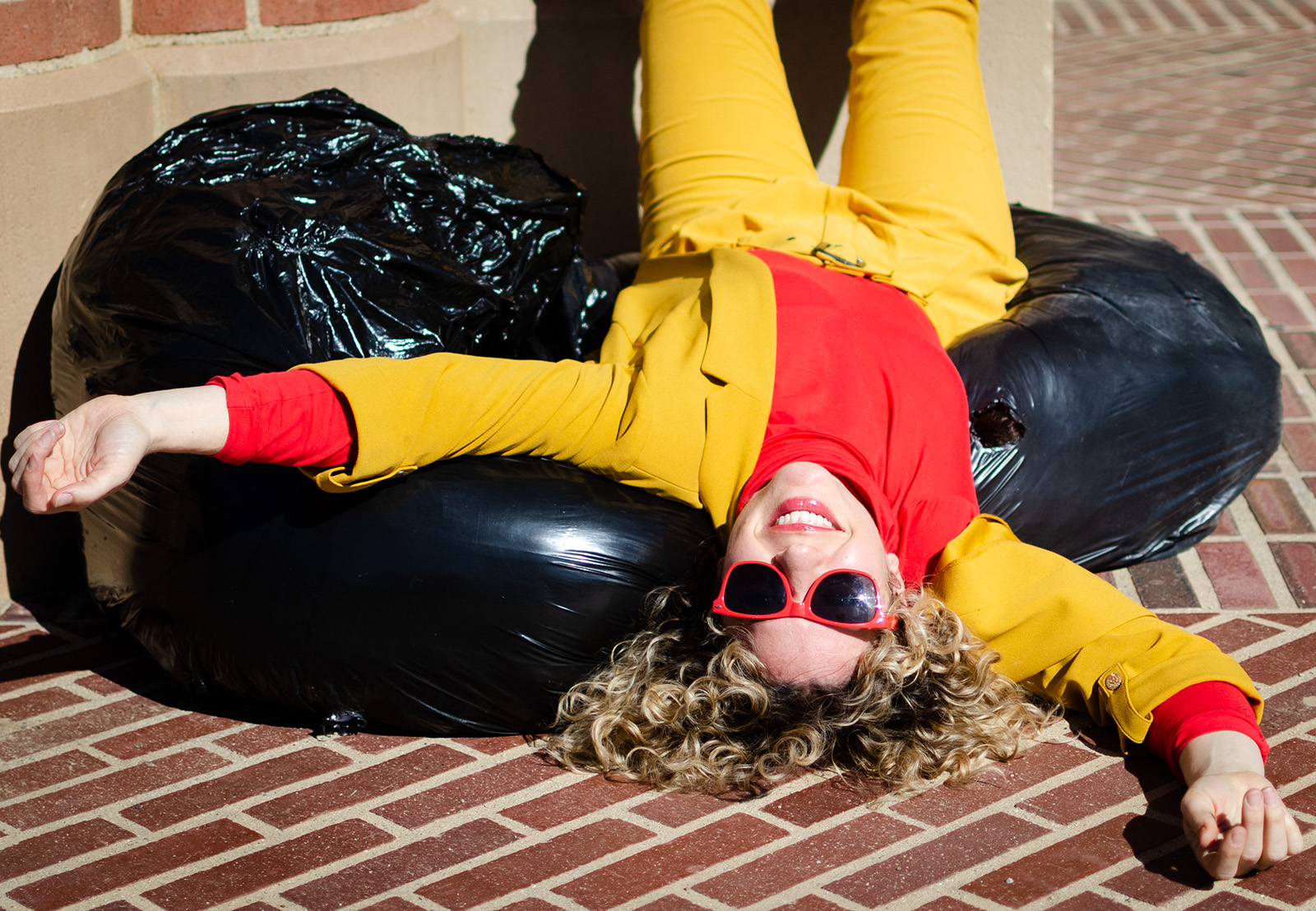 Pearl Marill, a performing artist from the San Francisco scene, will perform “You Self Help Me” at Glorya Kaufman Hall on Friday. The show discusses the topic of “stuckness” – both physically and mentally – through a combination of dance, improvisation and comedy, with a life-size puppet of Marill also making an appearance. The doll represents the idea of being there for oneself, she said. (Kanishka Mehra/Daily Bruin)

"You Self Help Me"

Pearl Marill will break out a life-size puppet of herself on stage as a symbol of self-reflection.

Marill, an artist well-acquainted with San Francisco’s performance scene, will present her show “You Self Help Me” at Glorya Kaufman Hall on Friday and Saturday. Marill said her performance – a meditation on her personal struggles – will play with the concept of “stuckness” as a means of generating insight into how stagnancy manifests. Through a combination of dance, improvisation and comedy, the show will delve into Marill’s continually shifting perspectives regarding her own sense of stuckness, asking her audience to reflect along with her.

“For me, comedy is a vehicle to get into the heart of things. We’re able to performatively get empathy from an audience through humor because we laugh when we see things we recognize or that go against our understanding of the way things should be,” Marill said. “There’s an incongruence to what we’re seeing, so it’s surprising and we laugh.”

The interdisciplinary show will be divided into two parts: Marill will perform solo for the first portion and will be joined onstage by other performers for the second. Coupling leaps and kicks with simpler, more pedestrian movements, Marill will explore what it means to be stuck in the physical sense as well as in metaphorical sense, said Susan Foster, Marill’s MFA committee advisor.

“Her dance styles are used to illustrate how to move around, beneath or alongside stuckness,” Foster said. “It reflects back onto itself, allowing everyone to delve into their own personal stuckness.”

While Marill does not relegate self-help to the realm of uselessness, she satirizes the genre with tongue-in-cheek humor, said Dan Froot, another of Marill’s MFA advisors. He said she disarms the audience through humor as a way to give them some distance from themselves and their foibles while simultaneously reflecting on her own.

“The show has a feel that it’s out of control at times, but in a way that’s very calibrated and carefully choreographed,” Froot said. “As you experience it, you realize that there’s a steady hand behind all of it.”

The performance will also include outlandish stage elements such as nonhuman dancers and a life-size puppet of Marill, Foster said. In one scene, an ode to her outrageous humor, Marill will create a character out of her own upside-down face lip-syncing a song, Froot said. The life-size puppet will be used as a metaphor for her evolving perception of herself, Marill said.

“With the life-size doll, I’m tackling a larger issue of self-love metaphorically and thinking how in moments of darkness we are the people who have our own back,” Marill said. “The question posed here is how we can have a duet with ourselves.”

Marill said she plans to use her performance to delve into her own vulnerability, in which she feels like she is repeating patterns and routines, unable to let go of them. She said she hopes the audience will be able to reflect on similar situations in their own lives.

Drawing the audience into her own experiences, Marill said her performance can almost be taken like an instruction manual for her audience, providing methods to overcome being stuck that they themselves can employ. She said that she herself uses performing as a method for forging through the unpredictability of life.

“Performing is how I work on being totally in the moment and not judging myself prior to making a move,” Marill said. “You just have to be there and ready for anything, which feels like a metaphor for life because ultimately we never know what’s going to happen.”