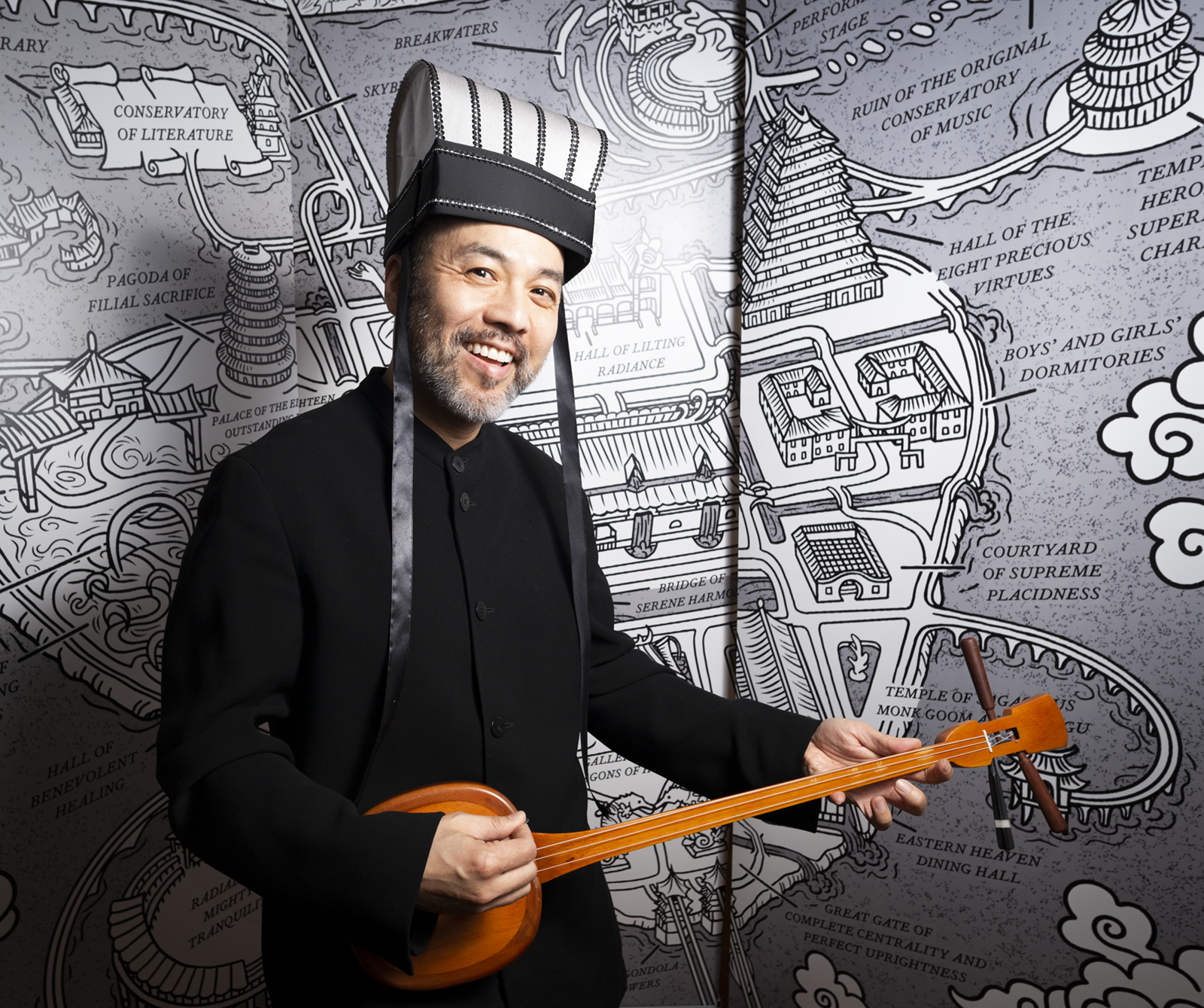 The pairing of the two sports comes to life in UCLA Extension instructor Henry Lien’s “Peasprout Chen” book series, where it is a martial art referred to as wu liu. The series’ second installment, “Peasprout Chen: Battle of Champions” was published Jan. 22. The novel follows the titular character on her journey to master wu liu in the fictional city of Pearl, where she attends the Pearl Famous Academy of Skate and Sword. Having been born in Taiwan, Lien sought to integrate his Asian-American immigrant experience into the “Peasprout Chen” books, which are targeted toward middle school readers.

“I was aiming to create my own diverse ‘Harry Potter’ or ‘Star Wars’ – that’s what I wanted,” Lien said. “I love ‘Harry Potter.’ I love ‘Star Wars.’ But I wanted to create something where the diversity and the references to my own backgrounds and culture were built in from the ground up.”

Peasprout must endure academic pressure to be a top student, while facing discrimination for being an outsider from the country of Shin. Despite the series’ marketing toward young readers, the “Peasprout Chen” books address several mature and relevant topics, Lien said. In “Battle of Champions,” Peasprout must excel in multiple school competitions to avoid deportation and possible execution for betraying her homeland, touching on issues such as the war on immigration and immigrant experiences in America. Lien said the setting of the books incorporates themes of resilience and several distinct elements of East Asian culture.

Lien said he wanted the cultures he identified with the most growing up – Chinese, Japanese and Taiwanese – to be essential to the books’ settings and stories.

Many details from the books, such as Pearl’s architecture, were taken directly from Asian culture, said Tiffany Liao, Lien’s editor at Henry Holt Books for Young Readers. Liao said many depictions of Asian culture on screen tend to be vague in origin, whereas Lien’s books include details that are distinctly Chinese, Japanese or Taiwanese.

When the city of Pearl was originally designed, for instance, certain elements of its layout, such as the location and orientation of structures, were rejected because they did not adhere to the Chinese practice of feng shui. Scenes in the books, such as a banquet, also stay very true to Taiwanese culture, Liao said. Although some of these attributes initially may come off as stereotypes of Asian cultures, Liao said she thinks the book manages to leverage them as nuances to Peasprout’s character.

“What (Lien) did was really pay homage to how diverse Taiwanese culture is. I think what he captures so well is not resisting stereotypes or resisting anything that feels tropey,” Liao said. “But (Lien) leans into that and also finds empathy in that – in (Peasprout’s) background and her character.”

Tina Dubois, Lien’s agent at ICM Partners, said the city of Pearl was unlike anything she had ever encountered, with its novel concepts and cultural inclusions. Lien said the city of Pearl symbolizes being born out of adversity, which is paralleled in Peasprout’s character. Peasprout endures adversity from her peers because of her heritage and ultimately turns its into something beautiful, like a pearl that forms in resistance to sand cutting into the flesh of an oyster.

Peasprout’s perseverance was influenced by Lien’s preparations for writing the series, he said. To help him better describe wu liu, Lien took both figure skating and kung fu lessons. While Lien said he was appalling at both sports, the difficulties he encountered helped inform Peasprout’s character. Lien said he realized that the sports, which reward balance and flexibility over brute strength, had a huge subtext for female empowerment by rewarding the ways that young girls and women are built differently from men, so he incorporated the importance of both physical and mental flexibility into Peasprout’s character arc. Peasprout is a young girl who is confident, headstrong and determined, but also stubborn and arrogant at times, Lien said. As opposed to many fictional characters who discover a newfound power and gain self-esteem, Peasprout’s development occurs in reverse.

In order to keep young readers engaged with serious themes, Lien said the books needed to be even more entertaining with the stakes raised. At the launch of “Battle of Champions,” Lien performed original songs he had composed for the series to help audiences connect with the city of Pearl. When designing the setting of the “Peasprout Chen” books, Lien made sure to create a world without magic, unlike many fantasy stories. Lien said he wanted to replace that typical fantasy with culture, history and athletics, which he believes can be as cool as any magic.