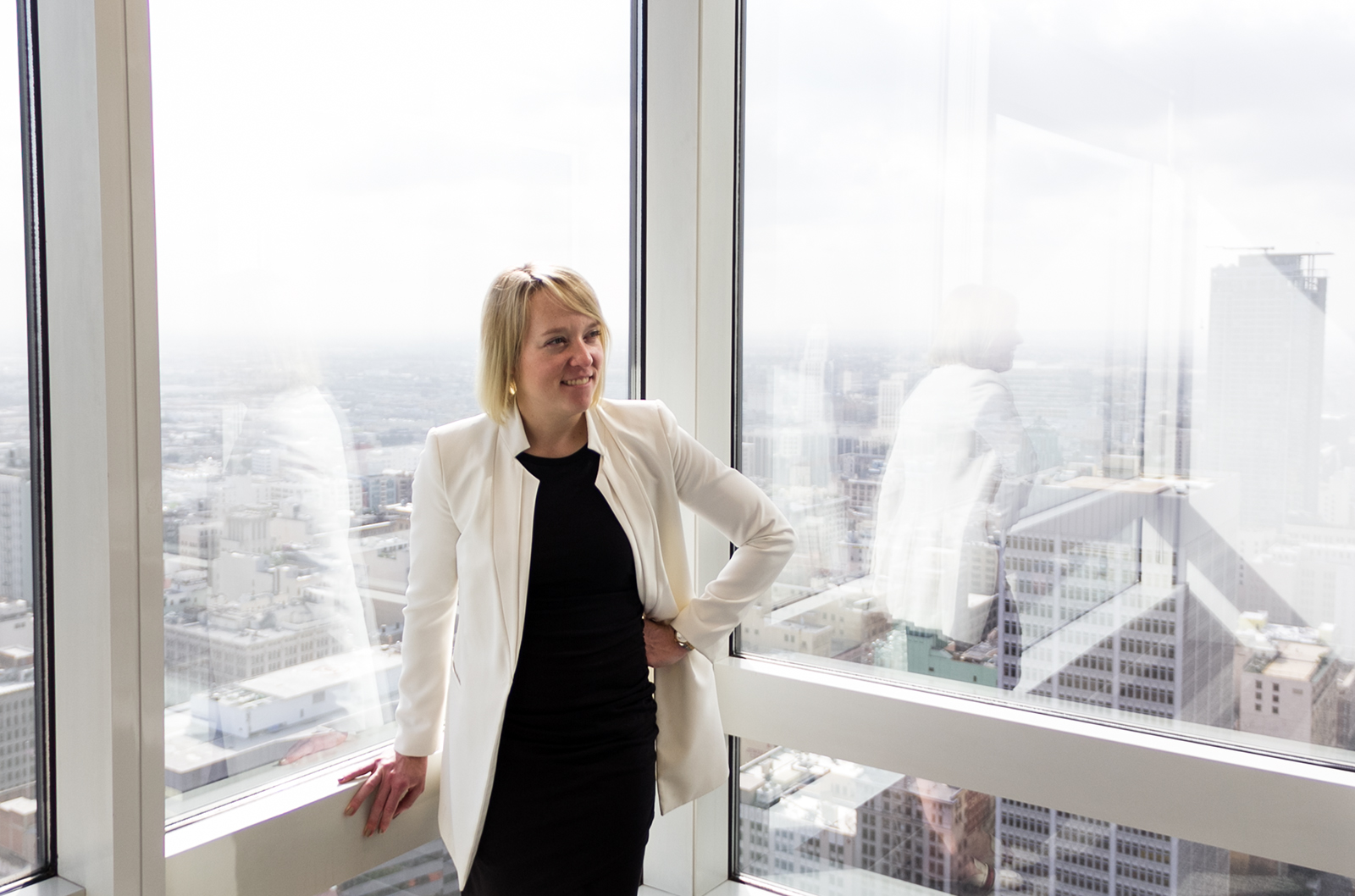 Bricken is a Los Angeles-based attorney who specializes in cannabis law, a self-described opportunist and an expert when it comes to the dynamic cannabis industry. She is a partnered attorney at the Harris Bricken law firm, which created Canna Law Blog, a website that provides analysis of cannabis laws.

Bricken said she took on cannabis law because the older, more conservative attorneys she worked under were less interested in working in the controversial industry. Cannabis law has since become an essential aspect of her firm’s portfolio. Bricken said Canna Law Blog is a collection of articles written by attorneys which the firm hopes will be an objective source of information for business owners and consumers in the cannabis industry.

From my experiences interning at a few law firms, I tend to see attorneys as enterprising, argumentative and precise. Now, I’m not saying Bricken is argumentative – she is actually quite hospitable – but I wouldn’t want to get into an argument with her. If you don’t trust me, visit her 31st-story corner office in a downtown skyscraper and tell me if you think she comes out on the losing end often.

When I spoke with Bricken earlier this month, I treated the meeting not only as an opportunity to speak with an attorney about her law practice, but as a chance to see where a major insider believes the industry at large currently stands, and more importantly, where it is heading.

In Bricken’s 2016 TEDx Talk, her answer to the talk’s title question, “Are We Creating ‘Big Marijuana’?,” was simple: Yes. In this context, big marijuana refers to corporate investment in cannabis for financial gain alone. Her prediction was that older grassroots cultivation, manufacturing and retail businesses are likely to fall by the wayside in favor of large companies. Three years later, Bricken said investments have continually poured into West Coast cannabis markets, and that her law firm is well-placed to capitalize on this influx.

“These are the hottest cannabis markets in the country, and by far the most innovative, so we are starting to see more institutional investment come in, more Wall Street money come in and more sophisticated operators,” she said. “They are willing to invest in their lawyers.”

Law students at UCLA are betting on a future need for cannabis attorneys as well. Jonathan Dolgin, a student at the UCLA School of Law, founded the Cannabis Law Association this quarter as a networking group for law students. Dolgin, a co-president of the club, said the group aims to bring together students who are interested in cannabis law.

“Our goal is really to inform students about the legal market that services the cannabis industry,” he said.

Dolgin said attorneys pursuing cannabis law are in an advantageous position because the industry is still young and cannabis businesses need a vast array of legal services.

“A cannabis business is still a business, and they have to deal with all areas of the law, such as real estate, employment law, corporate law, land use and water law,” he said. “You name it, (attorneys) are dealing with it.”

I’ve learned that working as an attorney for drug dealers may not be as thrilling as “Breaking Bad” would have you believe. These attorneys deal mostly with business forms, assessing liability and giving advice, but there is one aspect of cannabis law that is quite interesting, and it’s colored green.