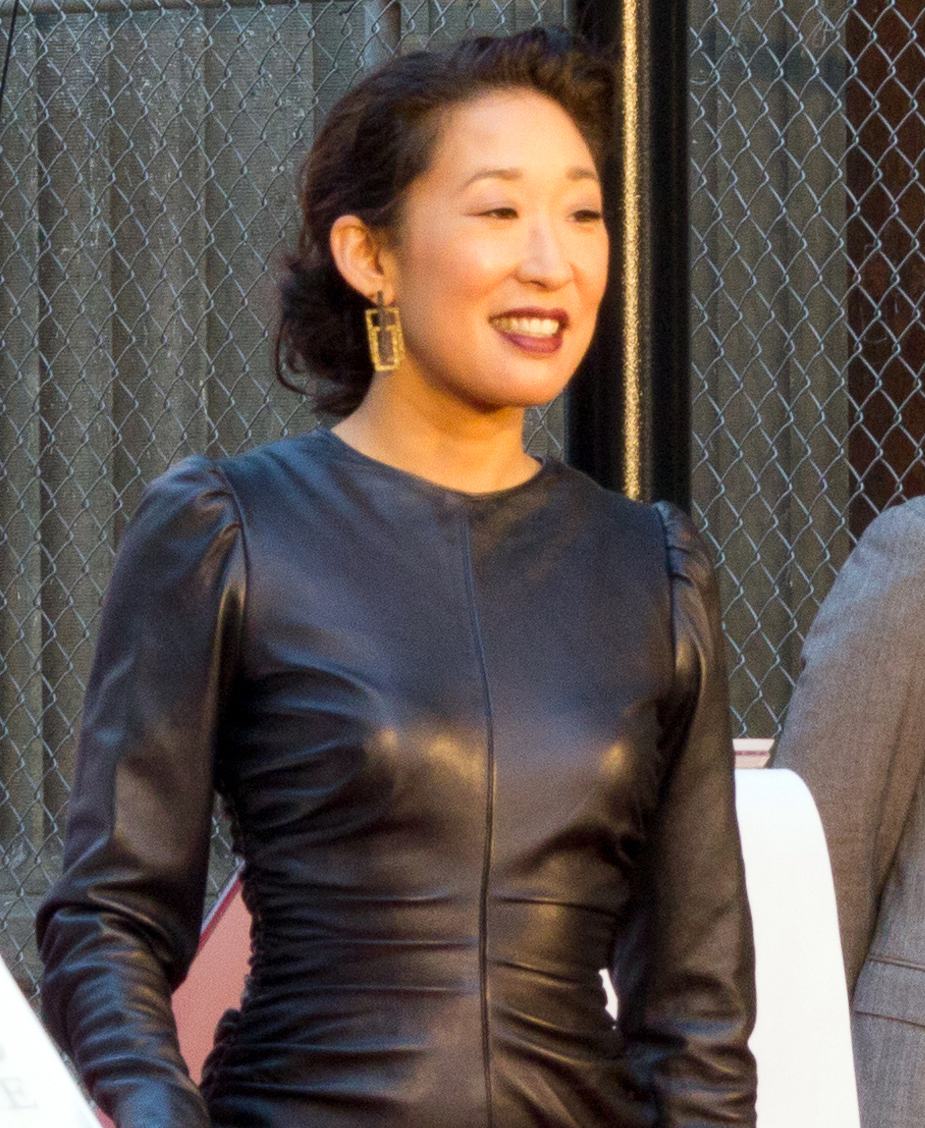 Sandra Oh hosted the 76th annual Golden Globe Awards alongside Andy Samberg. Oh was the first Asian woman to host a major awards show and the first Asian performer to win multiple Golden Globes, following up her 2006 win by winning Best Performance by an Actress In A Television Series – Drama. (Creative Commons photo by Tabercil via Wikimedia)

Sandra Oh bowed and thanked her parents in Korean after winning a historic Golden Globe award.

Not only did Oh host the 76th Golden Globe Awards, she also went home with her own shiny trophy for best lead actress in a drama television series for her role in the thriller “Killing Eve.” Oh is the first woman of Asian descent to host a major awards show, and at the end of the 76th annual show, she became the first performer of Asian descent to win multiple Golden Globes. In addition to her role as Eve Polastri in “Killing Eve,” she won the Golden Globe for best supporting actress in 2006 for her role in “Grey’s Anatomy” as Dr. Cristina Yang. This win, along with many other wins and nominations, show the vast increase in representation of minorities in this year’s Golden Globes.

She hosted alongside actor Andy Samberg, and the pair avoided political commentary in comparison to the focus on the #MeToo movement at last year’s Golden Globes. This set the tone for a more mild, warmhearted evening that allowed the nominees and winners to shine on their own. Though less overtly political than previous years, Oh did offer a brief yet emotional testimony as to how it feels to be the first woman of Asian descent to host a American awards show.

“I said ‘yes’ to the fear of being on this stage tonight because, because I wanted to be here to look out into this audience and witness this moment of change,” Oh said.

Oh’s message on the importance of representation in Hollywood echoed throughout the night in beautiful ways. Her win for best lead actress in a television drama marks her struggle through decades of landing only supporting roles, an issue experienced by many Asian and Asian-American actors and actresses. Her role contributes to the rising amount of Asians appearing in lead roles in film and television. According to UCLA’s Hollywood Diversity Report, minorities in lead roles rose from 5.1% in 2012 to 18.7% in 2016, much closer to the 38.7% minority proportion in the US population. Asian-American actors in particular were only represented in 3.1% of film roles and 5% of broadcast scripted shows in 2016.

Films such as “Crazy Rich Asians” also helped contribute to a more proportional representation of minorities, and its nomination was culturally important because it recognized Asian actors’ ability to play complex characters, rather than stereotypical Asian subcharacters that are far too often used as weak comedic outlets. The romantic comedy lost to “Green Book” for Best Motion Picture – Musical or Comedy, and lead actress Constance Wu lost to Olivia Colman of “The Favourite.” But “Crazy Rich Asians” does not need an award to receive wide cultural acclaim. The film’s widespread success marks what may become a major shift toward proportionately accurate representation of Asians across all media platforms.

Many other moments at the Golden Globes gave unprecedented power to the movement for representation in Hollywood. Darren Criss won Best Performance by an Actor in a Limited Series or a Motion Picture Made for Television for his role as serial killer Andrew Cunanan in “The Assassination of Gianni Versace: American Crime Story,” making him the first Filipino-American to win a Golden Globe. He dedicated his award to his Filipino mother, showing how culturally significant these honors feel to underrepresented people.

“Roma” won Best Motion Picture – Foreign Language, and its director, Alfonso Cuarón, won best director of a motion picture. The Netflix drama’s triumph shows how the award ceremony exhibited racial representation in media. Cuarón humbly gave credit to the acting of Marina de Tavira and Yalitza Aparicio. Aparicio starred in the film having no experience acting at all, an interesting move by Cuarón to give the film a realistic feel. His innovation allowed him to win a remarkably competitive category, competing against the directors of “A Star is Born,” “Green Book,” “Vice” and “BlacKkKlansmen.” This win continues the momentum for Mexican directors as Guillermo del Toro, Alejandro González Iñárritu and Alfonso Cuarón have won a combined four Golden Globes for best director and four Academy Awards for best director since 2013. Cuarón rounded out his acceptance speech when he said, “Gracias famila y gracias Mexico.”

This forward movement toward proportional representation must continue into the future if we hope to avoid monotonous, monocultural films. The many diverse projects in this year’s Golden Globes have certainly shown that the industry is more successful when people of all backgrounds work together.