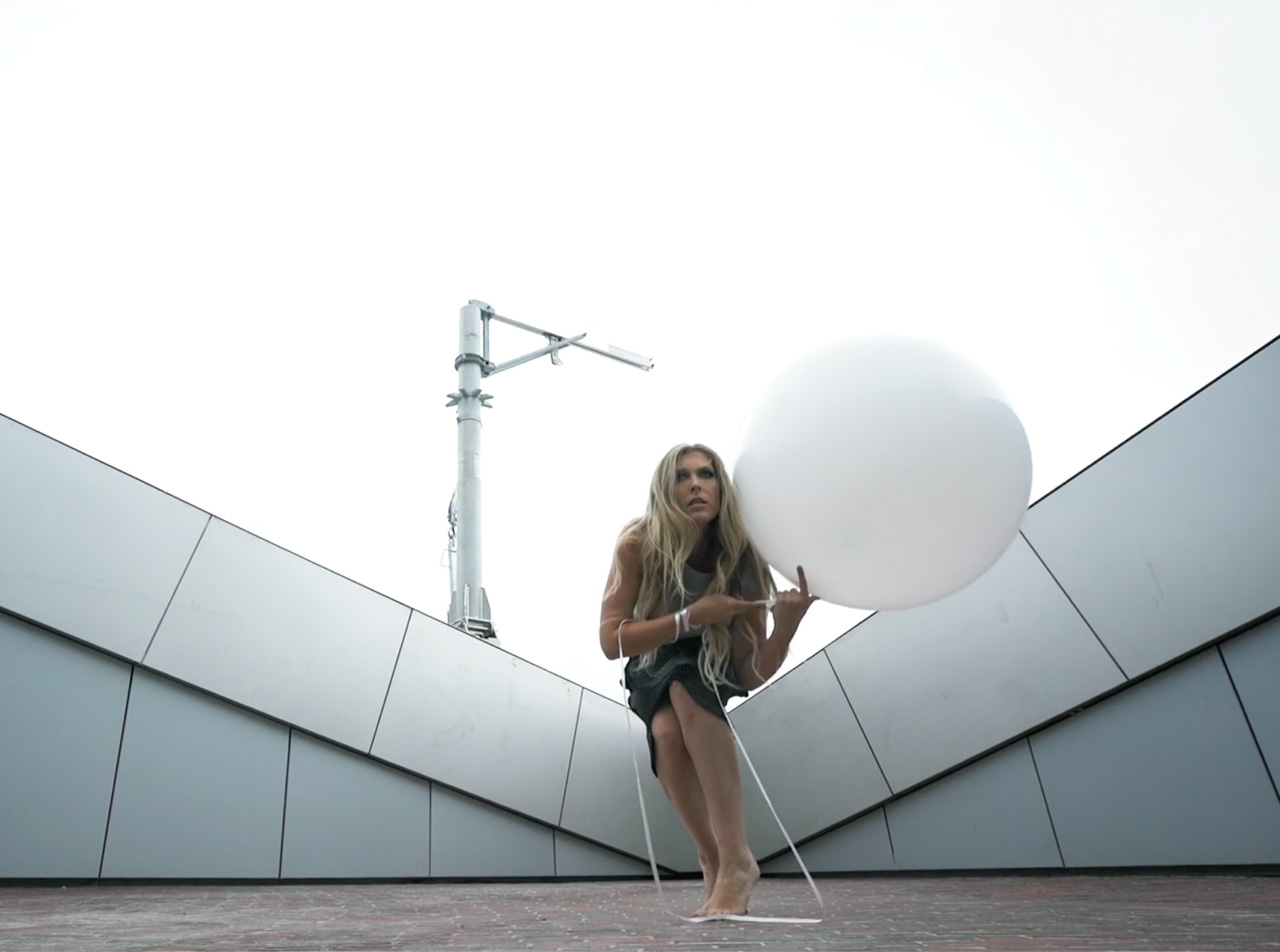 Chelsea Bonosky performs in Sarah Elgart’s dance film, which will screen at the Depth of Field festival on Wednesday. Elgart said the dance was inspired by VIA 57 WEST, the building featured throughout. (Courtesy of Sarah Elgart)

Eight-year-old Axe’Re Shallowhorn recorded a film of his mother dancing at the beach, throwing sand in front of the camera for special effect.

The film, entitled “Entre Terre et Ciel,” or “Between Earth and Sky,” will be screened on the first day of the Depth of Field festival hosted by the UCLA Department of World Arts and Cultures/Dance. Taking place Wednesday through Friday, there will be dance films screened on the first day, a performance the following day and a Q&A with professional dance filmmakers to wrap up the festival on Friday. Mitchell Rose, one of the filmmakers involved with the festival, said many people misperceive dance films as simply videos of someone dancing, but they are more complex than holding a camera and recording choreography face-on.

“When you get involved in dance film, you have to shed your old dance thinking because it’s not just going to be filming a piece of dance. You have to think of it as a film,” he said. “I think many people who make dance films still have that dance thinking.”

Thinking about dance films solely in terms of dance, he said, often involves capturing the whole body in each shot and focusing on movements, like a flexed foot, by keeping the camera close enough to film such details. People who focus on just the dance also tend to shoot the choreography from just one angle similar to the view of someone watching a dancer on stage. Film thinking differs in that the angles range more and the editing of the shots is part of the choreography of the dance, he said.

Margaret Williams, another filmmaker participating in the festival, said she teaches a world arts and cultures/dance class on experimental dance films in which she likes to focus on the difference between stage dances and dance films. Stage lighting is often used to cut to different dancers and is more limiting than what editing allows for in video formats, she said. Because of the difference, she said, filming also focuses less on the whole body, since cameras can hone in on more intimate details than an audience can from their vantage point.

“What you have to think about is what the choreography looks like through a camera lens. … You could use a close-up, you could do choreography just on the face,” she said. “It doesn’t have to be (the) whole body.”

Both Rose’s and Williams’ dance films will be played on the third day of the Depth of Field festival, but a few other filmmakers’ creations will also grace the screen earlier in the week. Lecturer Vanessa Verdoodt, who teaches at the Geffen Academy at UCLA, is Shallowhorn’s mother as well as the co-producer and featured dancer in their film. She said using the video format for her choreography not only allowed for special effects like the falling sand, but it also enabled her to layer text onto the screen that commented on environmental stability.

Beyond special effects, filming dance allowed other dance filmmakers like Sarah Elgart and doctoral candidate in culture and performance Jingqiu Guan to capture choreographies they said were not possible to perform on stage. For Elgart, it was a film inspired by both the architecture of a building called VIA 57 WEST as well as a sculpture in New York. Her dance could only have been created in reaction to the area it was created, she said.

“I wanted the film to breathe and … respond to the music and architecture and sculpture,” she said. “I could never recreate that film on a stage because it’s an indirect response to the site and the sculpture.”

While Elgart’s piece was created in reaction to the city, one of Guan’s films came about as a result of watching her child. Her one-month-old baby, she noticed, was making small, impulsive movements that made Guan want to focus on dance films that involved no choreography – just edited videos of daily life. The result was a film comprised of close-ups of her child’s limbs moving around, and she said she chose to use angles that provided mystery by not showing her child in full, which is different from the full-body choreographies of stage performances.

“I tried to capture his movements with different angles and edit it together to his own heartbeat,” she said. “Sometimes (his movements) coincide with the rhythm of the heartbeat, and at times (they don’t).”

Rose said dance film differs from theatrical dance because it does not have to be set around a specific time or location, like a stage. Instead, it is a type of dance that is completely separate from live dance choreographies in that it must be approached from the lens of a filmmaker. In the films, dances do not have to be choreographed to face just one way because the camera can move, and he said editing is what separates dance choreography from filmed choreography. 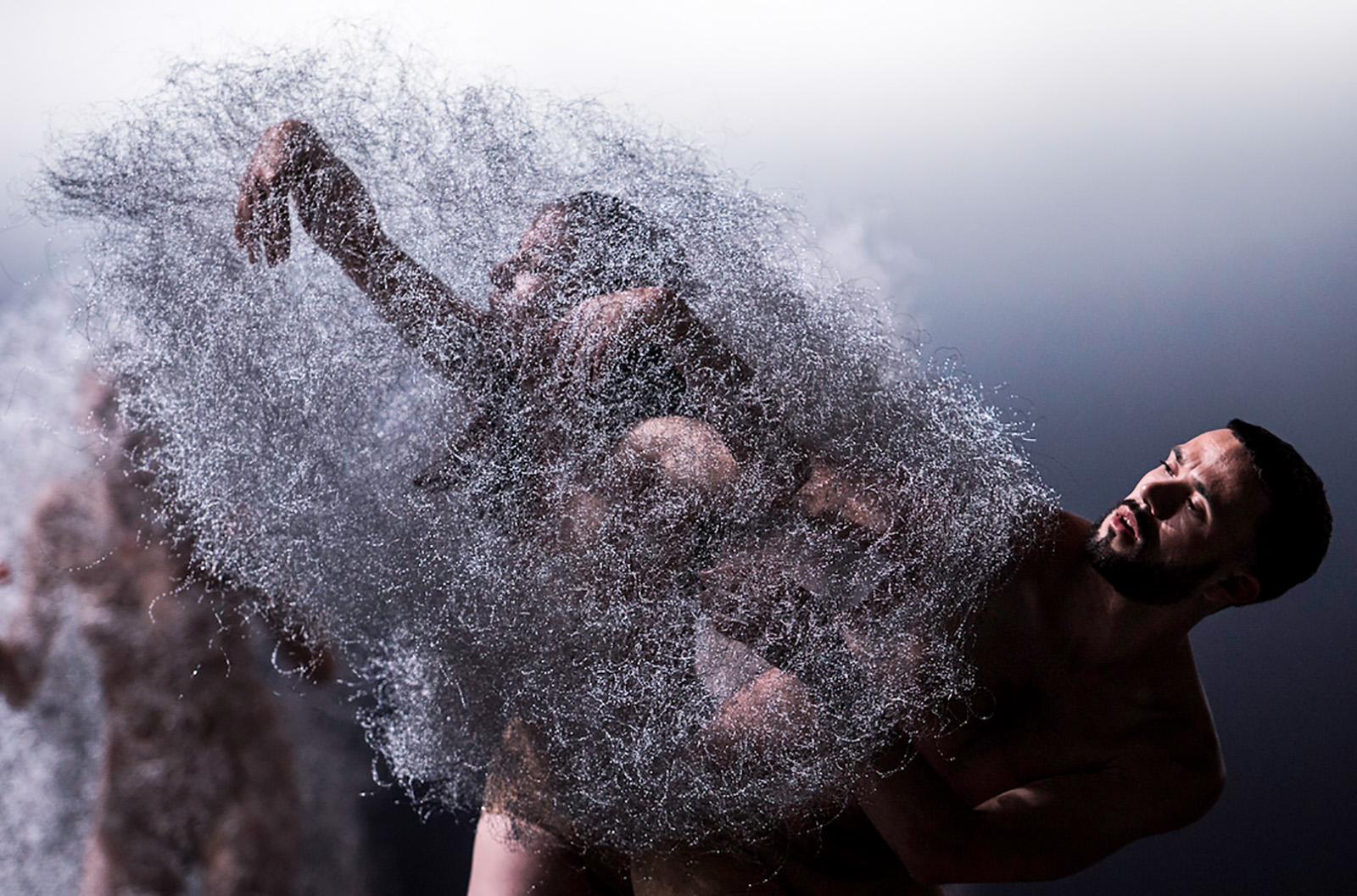