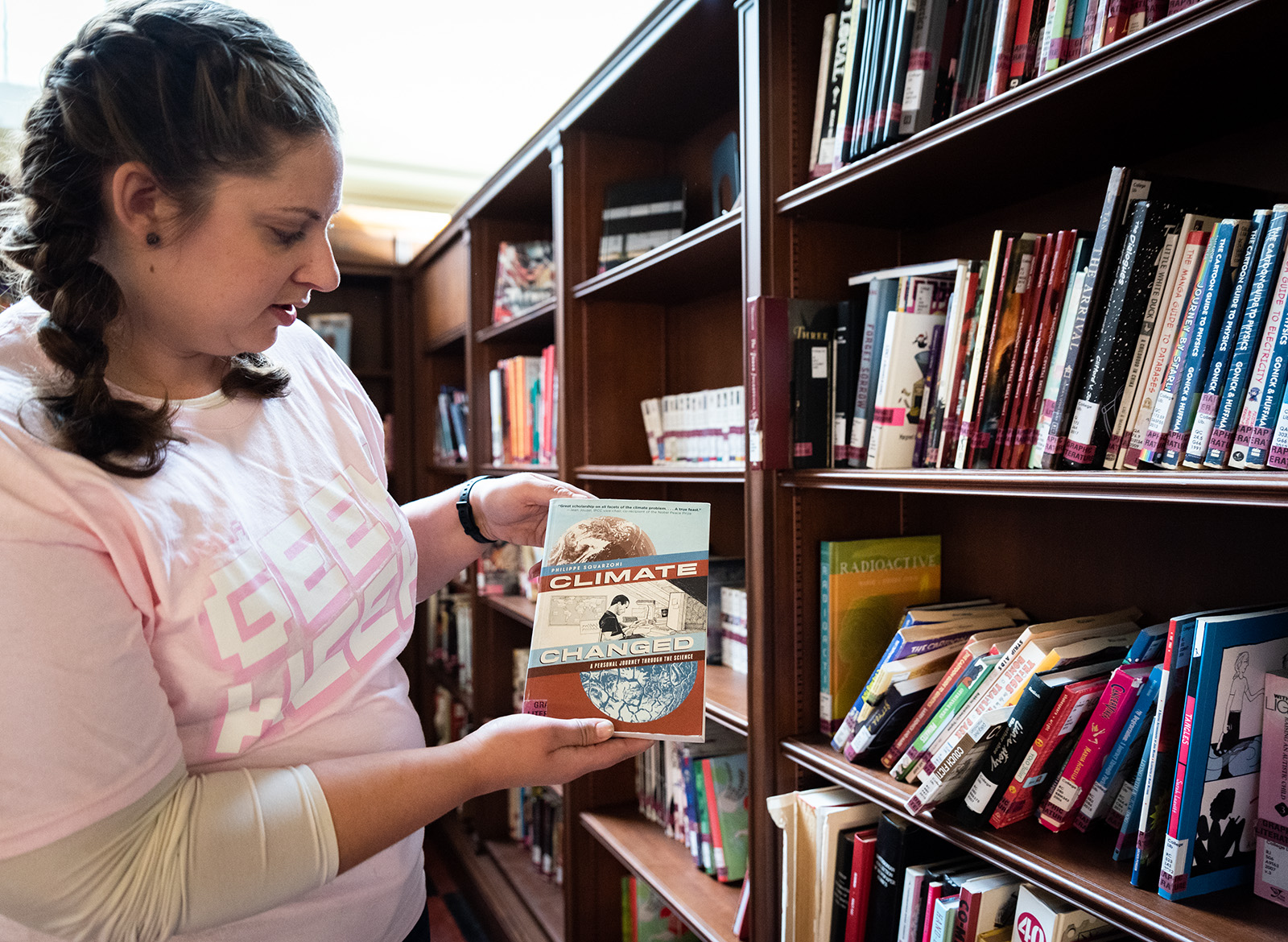 A Pakistani Ms. Marvel and the real-life founder of Planned Parenthood are protagonists of graphic novels that will be showcased at University of Comics, Los Angeles.

UCLA Residential Life is putting on the event as part of Geek Week, the school’s annual celebration of fandom and entertainment. University of Comics will take place Tuesday from 6 to 8 p.m. in the De Neve plaza room, where ResLife will showcase a large collection of selected graphic novels and comics borrowed from various owners. Sarah Molitoris, resident director for Rieber Terrace and co-chair of the Geek Week planning committee, said the event will be a place for students to learn more about different comic genres and how to succeed creating comics professionally.

“We felt like we weren’t hitting comics as much as we wanted to (at Geek Week in recent years),” Molitoris said. “We wanted to give artistic students a space to explore that and students who may not be as artistic to learn more about comics in general.”

University of Comics will feature professional comic artists as they create artwork live, with students invited to doodle alongside them. Top Cow, a comic book publishing company headed by UCLA alumnus Matt Hawkins, will host a panel discussion at the event to advise students on how to succeed as writers, artists or publishers in the comics industry. The majority of the event space will be dedicated to the curated comics and graphic novels collection. With this collection, Molitoris said she’s interested in introducing students to lesser-known types of graphic novels that they didn’t realize they were interested in.

“We’re going to have a pretty wide breadth of different kinds of comics paired with some classics,” Molitoris said. “So people can kind of see things that look familiar, and then see things that are probably radically different for them.”

Molitoris said many people don’t fully understand the variety of content that comics and graphic novels offer. For example, she only recently discovered Powell Library’s series of manga books intended to educate college students on subjects like calculus, statistics and environmental studies – topics said she said she didn’t expect to be covered in comics.

Comics can also provide insight into perspectives from people around the world and throughout history. “Woman Rebel: The Margaret Sanger Story,” a biographical graphic novel about the birth control pioneer and women’s rights activist, will be one such comic exhibited at the event. Molitoris said reading informative graphic novels about historical figures like Sanger has been eye-opening for someone who used to think graphic novels were just about superheroes. But she said even the superhero comics tell valuable stories, citing the most recent iteration of “Ms. Marvel” – which focuses on a Pakistani Muslim teenager following in the footsteps of her idol, Captain Marvel – as a powerful coming-of-age story about identity.

“There are so many voices being represented in comics. I think that a lot of people think it’s just about capes and masks,” Molitoris said. “But in reality, comics and graphic novels are telling really complex stories about people and their multiple identities in ways that can’t be fully represented in just literature.”

Molitoris referenced Marjane Satrapi’s autobiographical graphic novel, “Persepolis,” as another example of a complex perspective enhanced by its presentation as a comic. The book, which will appear at the event, focuses on Satrapi’s childhood in Iran during the Islamic Revolution, juxtaposing a cartoonish art style with its wartime setting.

“Thinking about how (the conflict) looked and felt from a child’s or a young adult’s perspective and being able to see the visuals that she drew to go with that time in her life, I think is really impactful,” Molitoris said.

Henry Barajas, director of operations at Top Cow, agreed the unique combination of visuals and text is what sets graphic novels apart from other art mediums. For example, he said Top Cow’s “Think Tank” comic includes a scene in which one character can read his colleague’s mind. The illustration shows an X-ray of his colleague’s brain, pinpointing parts of his mind.

The Top Cow panel will particularly focus on how people can succeed in publishing their own comics, which Molitoris said may seem daunting to students who might believe comic publishing must go through media giants like Marvel or DC.

“We’re hoping to inspire people but also to be inspired by the new generation and workforce that’s going to change the world,” Barajas said.

“I really like the fact that here at UCLA there are events that encourage student participation in respects that are not purely academic,” Morales said. “Where I come from, it’s not common to have these kinds of events in college.”

Molitoris hopes the event will broaden student horizons when it comes to graphic novels and comics. She said she hopes the average student will discover there’s probably a graphic novel or comic they’ve never heard of that they would be interested in reading.

“There are so many different ways that the medium can be used to help people learn or understand things from a different perspective, and we really want to highlight that,” Molitoris said.