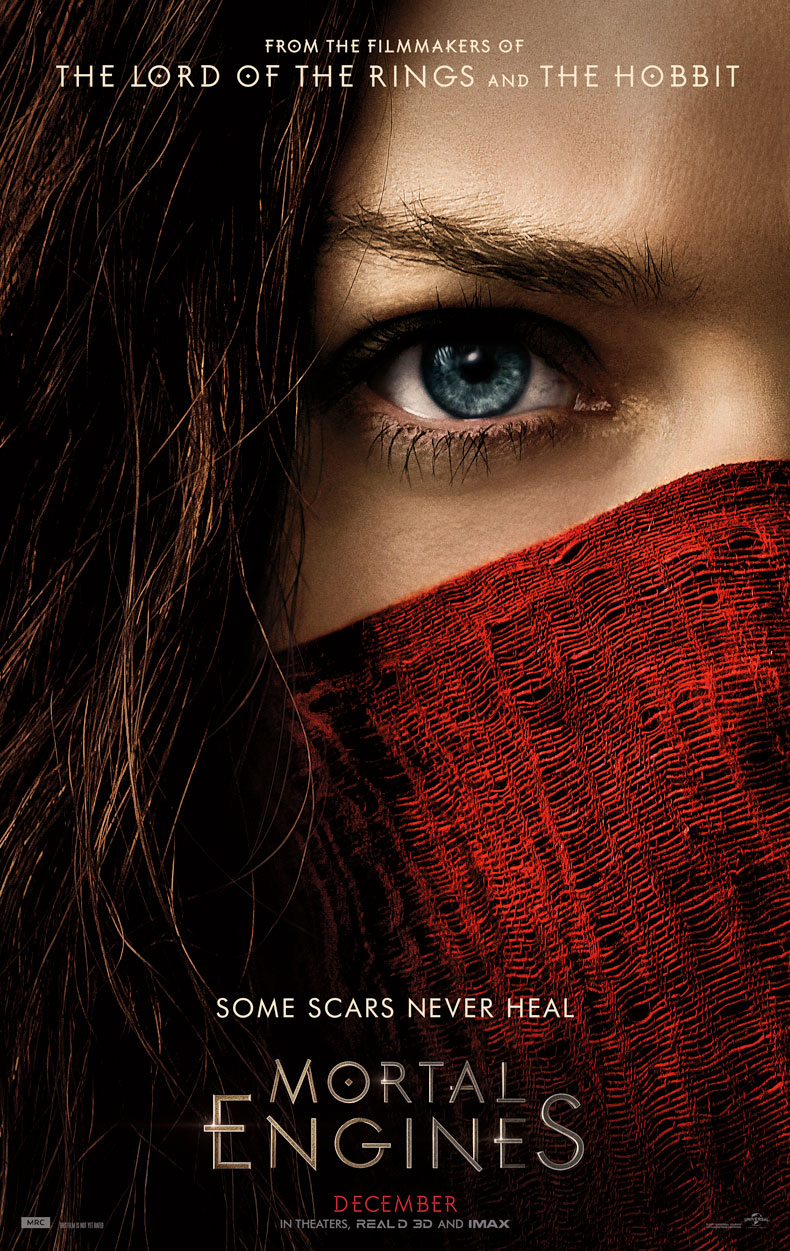 “Mortal Engines” tries to be the steampunk version of “Star Wars,” but still falls short.

First-time director Christian Rivers borrowed heavily from the same character sheets and story beats as the global science fiction franchise when making this film, and it shows. This isn’t necessarily his fault; Rivers was previously a storyboard artist and visual effects coordinator for nearly all of producer Peter Jackson’s projects, from “Dead Alive” to “The Hobbit: The Battle of the Five Armies.” The fantasy influences make “Mortal Engines” visually spectacular, but narratively subpar. Adapted from a young adult novel of the same name, the film runs into a recurring issue: There are so many characters and such an extensive story that it would have been better served as a television series rather than a two-hour movie that has lost all potential depth and nuance.

Admittedly the setting is intriguing, featuring a naturally grown-over Earth still rebuilding itself nearly a millennium after a global conflict called the Sixty Minute War left the planet devastated. Although typical settlements still exist, there are also “traction cities,” large mechanized communities that move across the landscape and consume the resources of smaller cities. Think “Howl’s Moving Castle,” but more vicious.

It’s on one of these traction cities that the audience is introduced to Hester Shaw (Hera Hilmar), a mysterious girl who is on a mission for revenge. On the giant roaming city of London, she attempts to assassinate her target Thaddeus Valentine (Hugo Weaving), the de facto leader of the London ship, who she blames for the death of her mother. Young archaeological apprentice Tom Natsworthy (Robert Sheehan), a plucky but inexperienced hero, ends up thrust into the wilds outside of London alongside Hester when Thaddeus pushes him overboard. Hester and Tom are saved by another tropelike figure: Anna Fang (Jihae), an outlaw leader of the “resistance” group in this world, who rescues them both with her airship in a yawn-inducing fight scene. Once revealed that Thaddeus is building a large old-tech weapon in order to plunder a stationary city of its resources, it’s up to the film’s heroes to stop him.

Some of this may sound familiar. A sinister villain with a world-ending weapon? Check. Skillful young apprentices shepherded by an outlaw in a fast ship? Double check. A resistance force trying desperately to fend off the overbearing influence of villains who speak with English accents? The force should be strong with this one.

But it truly isn’t. It is neither surprising nor entertaining when the audience figures out that Hester’s mother left her with the ultimate key to stopping Thaddeus’ weapon. Learning more about Hester’s parentage is similarly uninspiring. Making these undeniable connections to “Star Wars” only serves to show how unable “Mortal Engines” is to stand on its own.

Hester is the classic “chosen one” archetype, only in this film it isn’t some metaphysical expertise or sage mentor that forces her to be the protagonist of the film. Hester doesn’t have to make a choice about how she can best fulfill her destiny and stop the bad guy: She just has to show up.

The final showdown of the film also echoes the Death Star run from the first “Star Wars” film. The ragtag group of resistance pilots must face a barrage of enemy fire and plant precise shots of their own in order to successfully stop the attack on their home. Only this time, instead of X-wing fighters, there’s a conglomeration of steam-powered airships and old-timey Gatling guns. It is frustrating that a viewer could pick out so many iconic scenes from a classic space opera in what is supposed to be a young adult steampunk story.

There are some redeeming qualities about “Mortal Engines,” even if they don’t make up for the neutered story. The character Shrike (Stephen Lang), an armored zombielike creature with glowing green eyes, is an imposing figure, and his pursuit of Hester throughout the movie makes him seem villainous, but that’s only his robotlike nature. His character arc is by far the most interesting and heartfelt of the entire film, and not nearly enough time was spent on his backstory. There’s subtle humor poking fun at current pop culture icons, and enough charm to keep audiences invested in the story for a short time.

But ultimately the film suffers from the same problem that so many fantasy movies before it have endured: It is hampered by its format and is comparable to too many original films without being original enough itself. Hester may be “the chosen one” in this story, but “Mortal Engines” will likely be just another small blip on the box office radar.