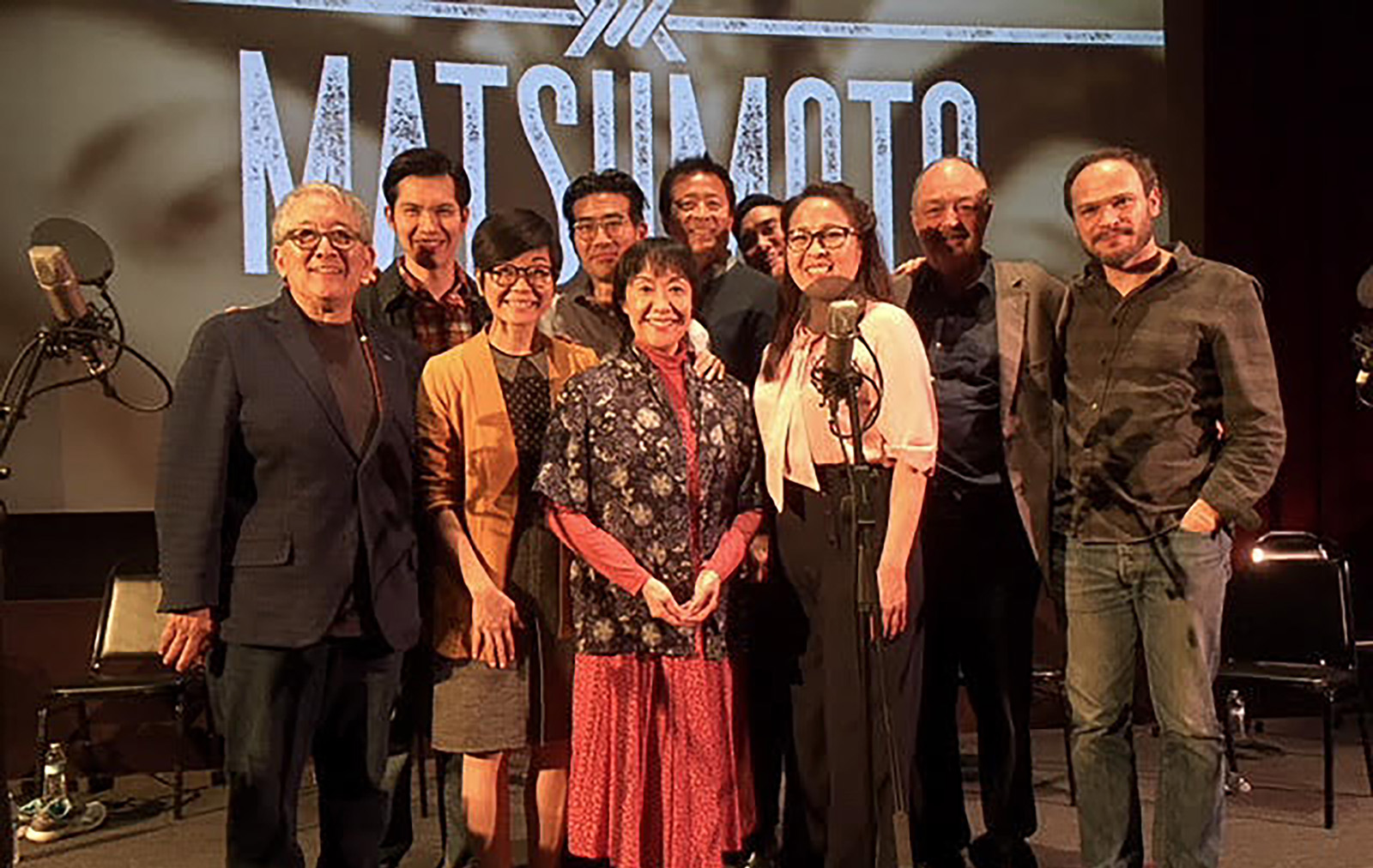 L.A. Theatre Works put on a production of “Sisters Matsumoto,” a play following three Japanese-American immigrants returning home after leaving an internment camp in Arkansas. This version of the production was altered to best suit being recorded for radio, with focus on creating distinct voices for each character. (Courtesy of Jeanne Sakata)

Anti-immigrant sentiment and family displacement aren’t just descriptors of Japanese internment in World War II. For director Tim Dang, they’re an eerie parallel to the politics of today, he said.

Dang directed “Sisters Matsumoto,” a play produced by L.A. Theatre Works, performed in the James Bridges Theatre at UCLA and recorded for audiences to listen to in a variety of audio mediums. The play follows three Japanese-American sisters in 1945 as they return from the internment camps in Arkansas to their family farm in Stockton, California. While the play premiered in 1999 and is based on events in the past, the production sought to make the work accessible to a modern audience, both through audio technology that allows wider audiences to listen in and by drawing on the modern day political context of the current administration, Dang said.

“I thought it would be really great to revisit it and provide (it to) a new generation of theater goers and storytellers,” Dang said. “This has happened to us before many, many years ago and it seems like it’s happening to us again.”

Dang first produced the play in the early 2000s as the artistic director of the Asian-American theater company East West Players. L.A. Theatre Works is known for distributing plays in audio format, and when the company approached him about working on a new audio production of the play, he said he was excited to revisit “Sisters Matsumoto.” He felt the story would have increased relevance today because of the politics around immigration and racism. “Sisters Matsumoto” will be available later this month via radio, podcast, streaming and CD, increasing the range of people that will be able to interact with the story.

Despite his familiarity with the material, Dang said the changes in medium created vast differences in the production. Though the play was performed live, it is now also being enacted as a reading with emphasis on the audio component. One important consideration was the sound effects, which played a large part in telling the story without visuals. When listening to the sounds of footsteps, as characters moved about the house, Dang realized that the steps sounded wrong – they were the sound of shoes walking through a house, despite the fact that people in Japanese households typically remove their shoes before walking inside.

“Those were (the) kinds of differences that because you’re hearing it, that that would be a little bit different,” Dang said. “Because these things live on in perpetuity and anyone can listen to it, it’s like okay, we really have to do this authentically right.”

Dang also worked with the cast members to make sure that each voice was distinct. Though the technique was primarily to make the recording more comprehensible to listeners, it also served as a way to add more depth to the characters. For example, each sister’s voice had to have its own characteristics – the oldest sister had a more mature tone, while the middle sister, who always struggled to get attention, would have a naturally louder voice, he said.

Actress June Angela was conscious of the limitations imposed by the difference in medium, but said she didn’t let them impact her performance. She oriented herself to face the audience at all times, while also remaining mindful of the ways the microphone placement limited her movements, she said.

“There’s a little restriction, but the emotion should always still be there, whether or not you’re standing still, whether you’re in the closet, whether you’re on a big stage,” Angela said. “That shouldn’t change.”

The show’s range of emotions is heightened as the story is retold today, Dang said. The world and culture were markedly different due to the election of Donald Trump and the increasingly charged rhetoric toward immigrants and people of color when compared to the original production in the early 2000s. While it didn’t change Dang’s direction, it changed the way in which he and the cast thought about the material by giving it a greater sense of urgency when thinking about things like the separation of families at the border or the exclusion of transgender people from the military, he said.

“This resonance just has a lot more heightened awareness for us these days,” Dang said. “All of us as citizens of the United States really have to have a voice in what we say and in our government.”

L.A. Theatre Works was also aware of the modern day connection, and “Sisters Matsumoto” was produced as part of the company’s California Month, said L.A. Theatre Works producing director Susan Loewenberg. In selecting plays for the showcase, she wanted to include a diversity of voices, while also considering multiple elements of the state’s legacy by painting a modern picture of California that doesn’t just include the positive.

“Well, we have so many wonderful things about California that we can celebrate, but this was a dark period in our nation’s history and certainly in the history of our state,” Loewenberg said. “This play is very important as an eloquent reminder of what’s happened and a warning about what can happen when people lose sight of what’s important and what our democracy needs.”