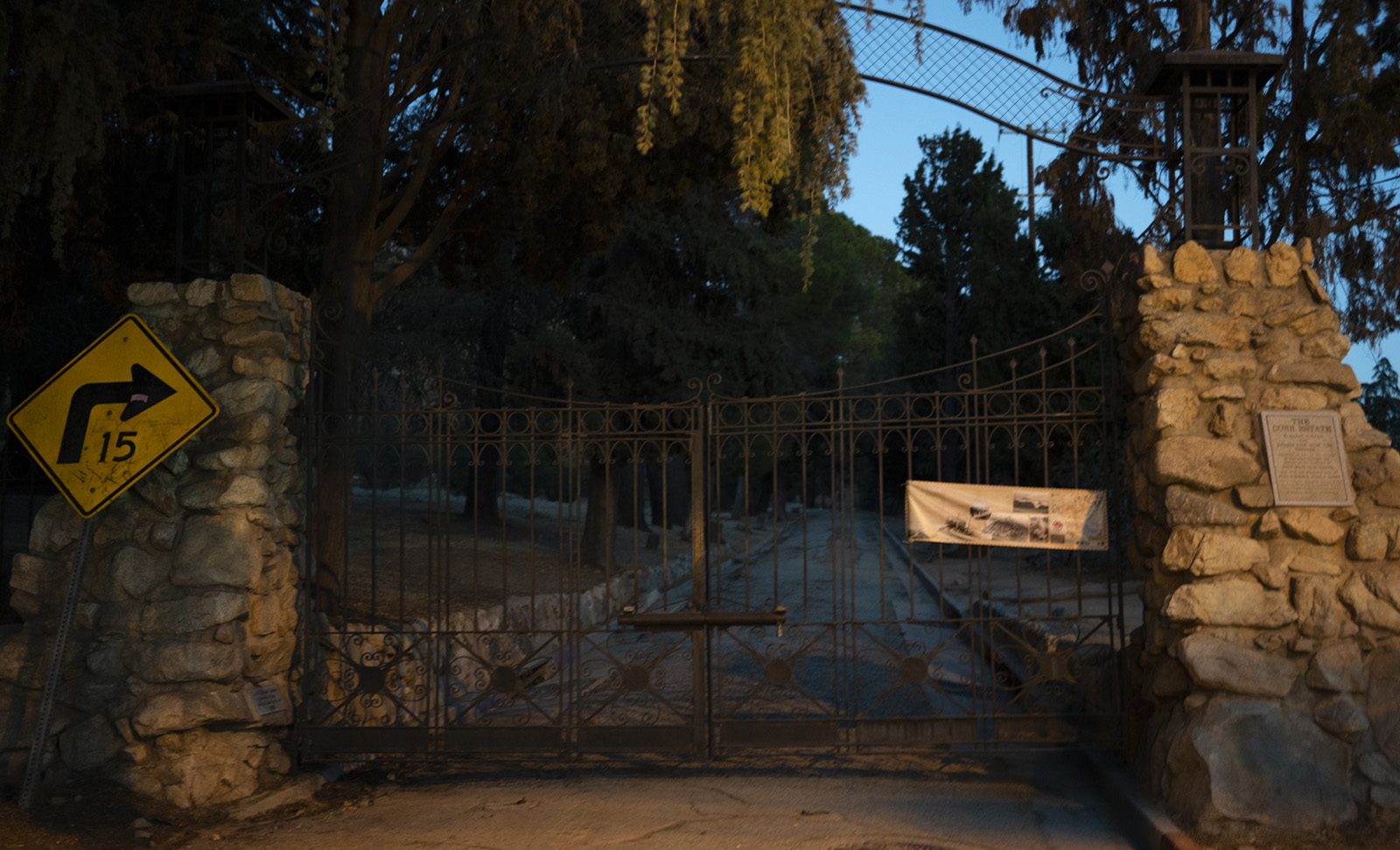 The Sam Merrill Trail in Altadena falls within the forest around Cobb Estate, a popular squatting location for criminals in the 1950s. Due to the noises and lights emitted by lawbreakers hiding in the area, many thought the surrounding forest to be haunted. Today, the hiking trail offers views of Los Angeles and serene nature sounds. (Jacob Preal/Daily Bruin senior staff)

Los Angeles is supposed to be the City of Stars, but once those stars fade, where do they go? Do they stay behind, forever attached to their final location, spooking guests who dare to enter their domain? Or do they just simply disappear? Each week, Daily Bruin columnist Eli Countryman will set out to discover the truth by exploring supposedly haunted places in the Los Angeles area, rating their spookiness so you don’t have to.

The “Haunted Forest” is part of a popular hiking location – but the ghosts aren’t the most frightening part.

The Sam Merrill Trail in Altadena, California, falls beyond a gate labeled “Cobb Estate.” The building, constructed in 1918, went through multiple owners, eventually becoming a popular squatting location for criminals in the 1950s when the Marx Brothers purchased the estate. Due to the rumors of noises and lights emitted in the area, possibly by lawbreakers hiding in the building, many thought the surrounding forest to be haunted. All that is left of the Cobb Estate, however, is a short staircase and a damaged cornerstone jutting out of an overgrown patch of grass. Travelers have noted strange noises that follow them on the trail and they often feel they are being watched – thus the Haunted Forest nickname caught on. The supposedly scary hike itself did not spook me, but an event that unfolded as I left the trail did.

I wanted to experience the trail’s strange stories, so of course, I went at night to increase chances of ghostly encounters. Upon first glance, the front gate – which used to protect the estate’s driveway – felt welcoming. However, “a quiet refuge for people and wildlife forever” was etched on a stone plaque. The word “forever” stood out as an indication of the forest’s permanent, ghostly residents, I guessed. Slightly unnerved at the lettering, I read it aloud to my travel companion, who was taking photos of the gate. He reported having difficulties with his camera – his first shot was tainted with light streaks. Though he wrote it off as a potential issue of overexposure, the incident was unsettling as we took our first steps onto the trail.

But it was one of maybe three spooky moments throughout the whole trip. A short five-minute walk brought us to the Cobb Estate, which we only found when passersby pointed to the overgrown forest to our left at the location the building once stood. We found the cornerstone located a short way past the stairs and decided to stand atop it because we had nothing else to do. From the vantage point of the building’s structural remnants, an odd, white humanoid shape stuck out in the grass beyond us. After a few careful moments of analysis, I decided it was likely a reflective rock rather than the ghostly shape it appeared to be.

After about 15 minutes of exploring the grounds of the old estate, my friend and I moved up the trail, hoping to encounter something terrifying. Instead, we saw a beautiful view of the city and listened to the comforting chirp of crickets, the rustling of small wildlife scurrying about.

Despite the serene aspects of nature, rusted pipes riddled the path and jutted out on the sides of the mountain. At one point the giggle of a young girl echoed throughout the area. We never ran into her, but I’m sure the sound was not paranormal, and instead came from someone farther up the hike than us.

The lack of terrifying haunts ensured the hiking location felt more relaxing than spooky. Though the Haunted Forest was actually a fun venture, it was a potentially dangerous location. As we headed back to the entrance, about an hour into our trek, a police officer approached and asked if we had seen a woman hiking alone – she was missing.

I had forgotten there were other very real dangers to worry about, and I counted myself lucky that I had gone on the trip with a friend. As for the woman, I have not been able to find any missing persons reports, but I really do hope she found her way out.