Alum travels back to his hometown for short film about childhood, trauma 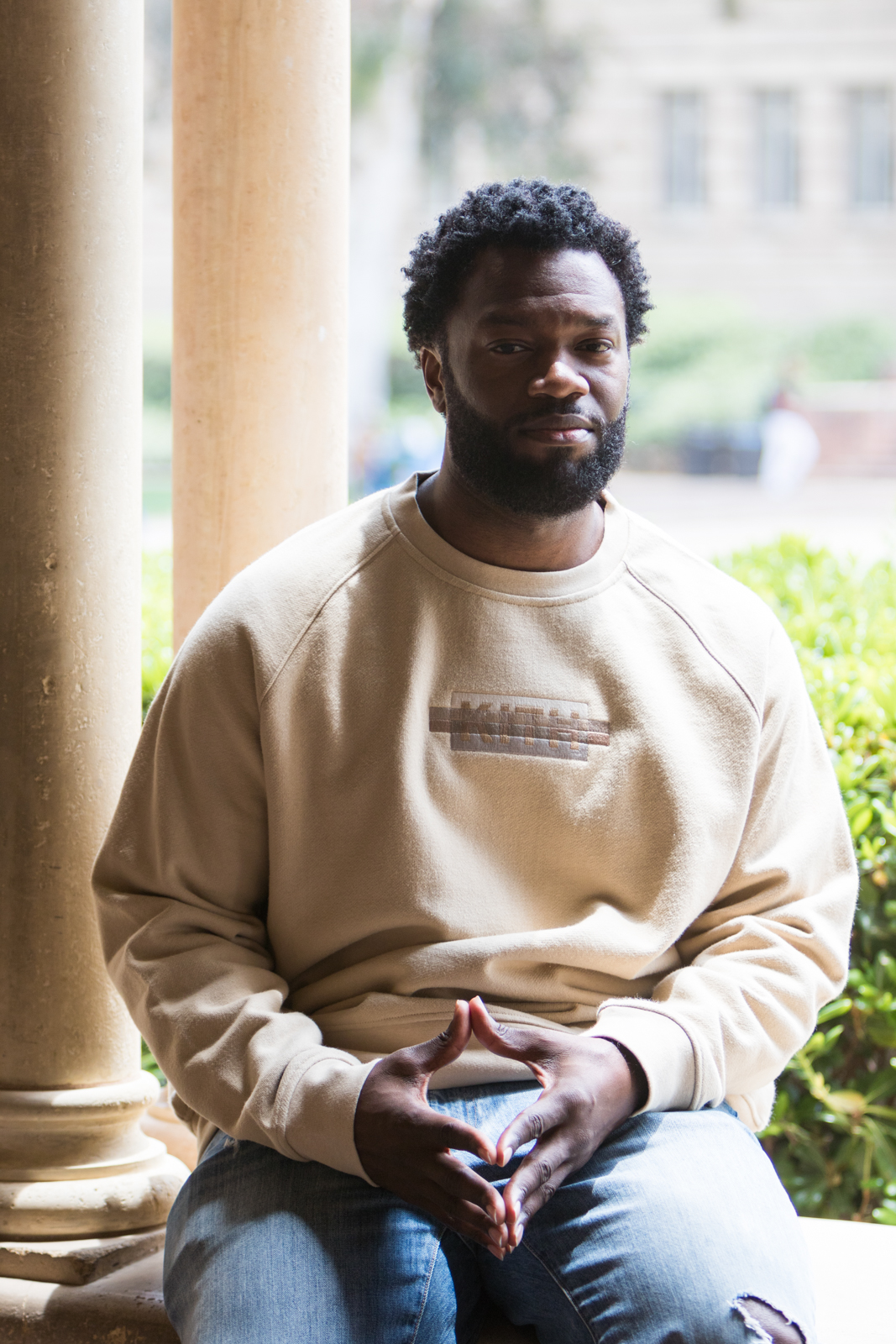 Kris Wilson returned to his hometown in Pennsylvania to create his film “Smell of Summer,” which follows young African-American boys who witness a shooting. Wilson aimed to recreate his happy memories alongside the realities of prejudice.
(Ken Shin/Daily Bruin staff)

The lead actor in Kris Wilson’s film wanted to know more about the backstory of his character.

“It was a sad moment but it was also a reassuring moment,” Wilson, a graduate directing student said. “I knew that this kid could access the type of emotions that I needed him to access and embody the character in a way that he needed to because he knew the circumstances.”

This summer, Wilson traveled back to his home in Pennsylvania to direct “Smell of Summer,” a short film that tells the story of three young African-American boys who witness a shooting on the first day of summer. By casting nonactors and telling a character-driven story, Wilson hoped to help people understand and empathize with kids similar to those he knew growing up.

“Whatever unfortunate circumstances they have to live with once they become adults, society doesn’t necessarily look at them that way,” Wilson said. “They get labeled as criminals, misfits, whatever, and the stigma that comes along with those labels, but no one ever tells the story of the trauma that they had to go through in order to arrive at where they are.”

Wilson began working on the script in September 2017, blending elements from his childhood with stories of people he knew. Wilson spent summers playing outdoors with his cousins and exploring the neighborhood; in the film, he sought to merge the happier memories with the realities of stereotyping and prejudice faced by kids he grew up with.

“(There are) kids I grew up with whose lives took an unfortunate turn, not necessarily because they should be labeled criminals, but rather because they were victims to a city happening to them,” Wilson said.

Wilson’s depiction of the boys’ traumatic experience made the project more compelling, said cinematographer Pratik Shah. Although cinematography is driven by the visuals of a film, the graduate cinematography student prefers projects that relate to real-world issues.

“It can be very easy to find projects where there are exciting things about the images (that will be on screen), but I think moreso than that, what it really should become is what the story is,” Shah said. “(Wilson) … is one of the few in my year that just naturally also cares about the same things that I do – politically, socially, culturally – and he’s bringing that out in his work as well.”

In order to more accurately capture the feeling of growing up in a difficult environment, Wilson planned to cast kids from the Pennsylvania area who had little to no acting experience. Shelleen Greene, associate professor of cinema and media studies, said the tradition of using nonactors dates back to films of the Italian neo-realist era of the mid-20th century, which used nonprofessional actors to portray narratives of the poor and working class. The approach is attractive to some directors because of the truthfulness it can produce, she said.

“There’s a certain kind of authenticity that is sought through the use of a nonactor, someone who is not trained professionally,” Greene said. “At the same time, we’ve had pretty amazing films that have also been made with actors, and it really has to do with the approach of the director to the subject matter and that can really influence the way in which a story is told.”

Wilson had the children audition together and used improv exercises to get a sense for their personalities and chemistry. Once he picked the three boys to act in the film, he waited to cast them in their specific roles, workshopping with them to better understand what they could bring to each role.

Even though the three boys didn’t know each other, Wilson said they bonded through the audition process, developing real friendships through joking and laughing in the corner of the room during breaks between auditions. Wilson picked up on the dynamic and worked to foster it, ultimately directing and mentoring them, he said.

As part of rehearsal, Wilson threw a pool party at a friend’s house for the kids. The party was equal parts work and play – in the midst of playing and running around, the kids would come up to him and ask questions about their character too.

Wilson is currently in the postproduction, and plans to complete the film in early 2019 before taking it on the festival circuit. When the film is complete, he hopes audiences will feel empathy for the kids and develop a broader understanding of the struggles they face on their paths to adulthood. The story ties back to the lack of representation of their stories.

“(I want people) to empathize with the kids and the struggles that they face in becoming young men and how these things that are beyond their control can come to shape their personalities and who they are,” Wilson said.