Screening Science: ‘2036 Origin Unknown’ must live up to past films to be out of this world 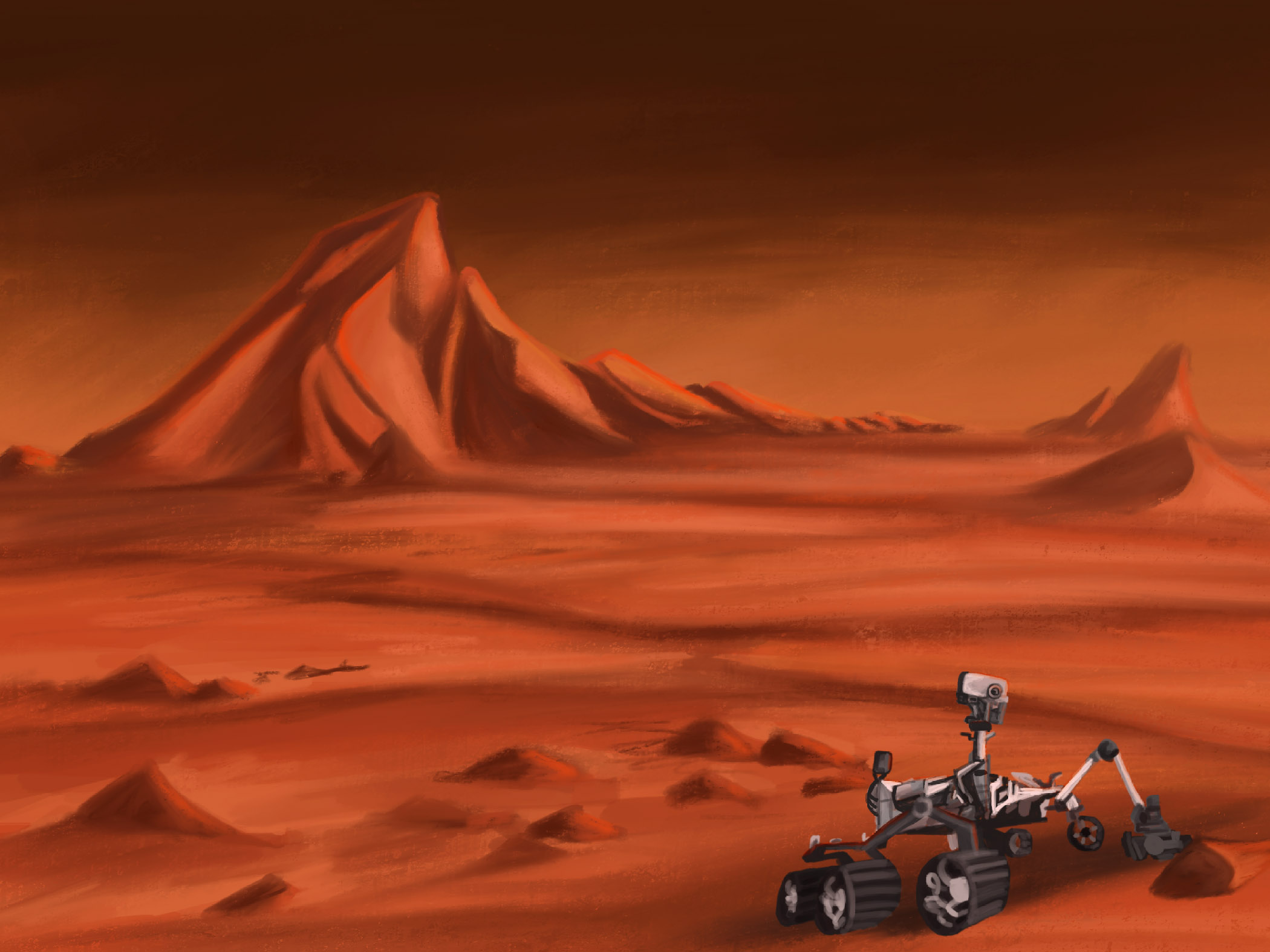 Science is everywhere, especially in movies and TV shows, ranging from the chemistry in “Breaking Bad” to the physics in “Gravity.” But not all of the “science” is actually science. Each week, columnist Ethan Pak will explore scientific concepts in upcoming movies or shows and see how well they align with current academia and research.

Hollywood’s endearing relationship with the red planet will be revived with “2036 Origin Unknown.” Releasing Friday, the film features mission controller Mackenzie Wilson (Katee Sackhoff) and an artificial intelligence system called A.R.T.I. uncovering a mysterious object that has surfaced on Mars and could potentially alter the fate of Earth.

The trailer elicits “2001: A Space Odyssey” vibes, in which scientists investigate mysterious black monoliths that have appeared on various planets, though how close the film will come to the cinematic classic is yet to be seen. Researchers in “2001: A Space Odyssey” also work with an AI called HAL 9000 that tries to kill the human passengers on the spaceship to complete its mission. In order to reach the caliber of one of the greatest works in film history, “2036 Origin Unknown” needs to have a compelling AI character similar to HAL and an accurate portrayal of the planets in our solar system, particularly Mars.

Directors have been fascinated with Mars as early as 1918, evidenced by the release of “A Trip to Mars.” In the film, the main character, a spaceship captain, lands on Mars and encounters a peaceful alien civilization. Neither a human landing on Mars nor an alien civilization is yet possible or has been discovered. More recently, beloved actors like Arnold Schwarzenegger and Matt Damon ventured to Mars in “Total Recall” in 1990 and “The Martian” in 2015, respectively. Fictional depictions aside, the U.S. was unable to acquire pictures of the planet until 1965 after several failed attempts by NASA and the USSR. It was only until 1976 that NASA successfully landed a spacecraft, Viking 1, which took readings of the weather and conducted experiments using the soil.

Hollywood typically depicts the planet as a home for undiscovered life. Films such as “Mission to Mars,” released in 2000, was no exception, featuring a hidden, advanced civilization. However, even before the release of the film, NASA conducted experiments and investigations into whether Mars has housed biological organisms. In 1996, one of NASA’s satellites, the Mars Global Surveyor, searched the planet for signs of water – a key compound nearly all living beings require. In 2000, the surveyor spat out images of gullies that supposedly formed from flowing water. Years later, NASA discovered hot springs and polar ice caps beneath the planet’s surface.

These discoveries lend some support to films like “The Last Days on Mars,” in which human-killing microbes are found across the surface of the planet. Water on Mars could support similar organisms, as it could indicate the possibility of life. Of course, the on-screen life-forms tend to be more advanced than ones we know of today or would expect, but their portrayal isn’t too far from the truth considering recent discoveries.

The same year NASA launched the Mars Global Surveyor, scientists claimed a meteorite from Mars contained evidence of life. Tests revealed the rock contained organic materials like carbon, but in 2012, scientists conclusively demonstrated the organic compounds in the rock formed by chance, not with the involvement of biological organisms. The results, again, lend some support to Martian cellular creatures, like the one from “Life” – the first extraterrestrial being to be discovered that quickly became aggressive and tried to kill all the crew on a spaceship – to grow and live off of carbon-based compounds that by chance, through chemistry, appeared on Mars.

Similarly, the Martian meteorite Nakhla that crashed in Egypt in 1911 was experimentally determined in 2006 to have possibly held life. Researchers from Oregon State University, however, demonstrated the meteorite contained microscopic tunnels that could have formed from rock-eating bacteria, but because they were unable to extract DNA or any other potential evidence, they concluded the tunnels were most likely formed by abiotic processes. Although meteorites seen in films such as “Evolution” and “The Blob” may not necessarily have been from Mars, they depict the extraterrestrial rocks as teeming with microorganisms – something researchers are desperate to discover off the screen.

Considering the flurry of films involving Mars, unknown objects or alien creatures, “2036 Origin Unknown” has a good deal of pre-existing standards to live up to. In order for it to stand out, it needs to accurately portray the red planet and detail its rocky surface filled with sandstorms and landmarks formed from dried-up water. Most importantly, the film needs to tease us with something alien that draws from academia, like a microbe. After all, the scariest monsters are the ones we can actually expect when we go to sleep at night.