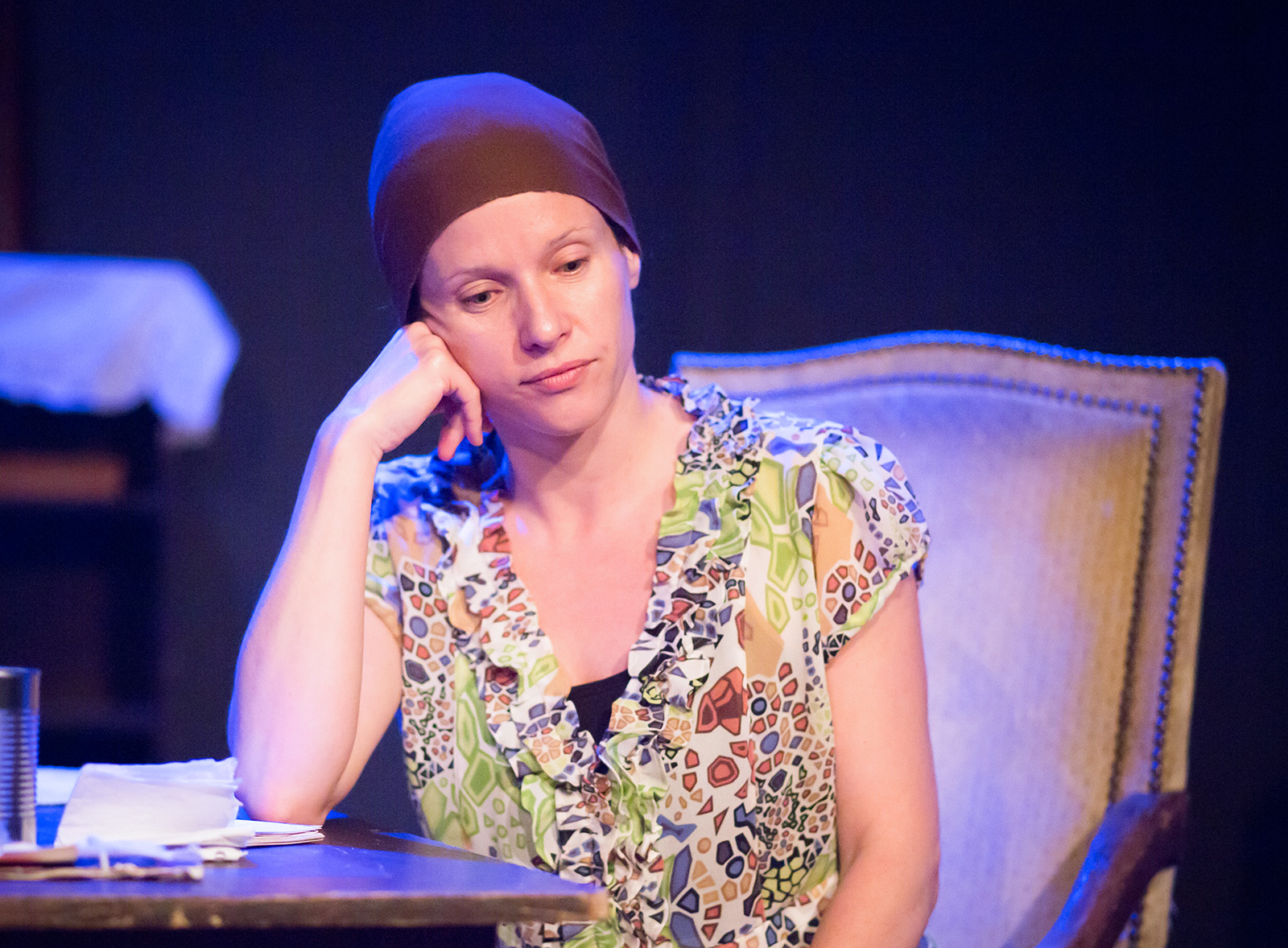 Actress Magdalena Edwards portrayes one of the mother-daughter duos in “Houses Without Walls.” The play depicts two mothers as they ponder the fates of their daughters during the Cuban Revolution. Real events, such as the mass exodus of Cubans fleeing Fidel Castro’s regime, inspired some of the scenes in the one-act play. “Houses Without Walls” will premier Sunday at the Hollywood Fringe Festival. (Isa Saalabi/Daily Bruin)

A barrier between two neighbors will be torn down in “Houses Without Walls.”

Susannah Rodríguez Drissi, an alumna and lecturer in UCLA’s Writing Program, wrote, directed and produced the play set during the tumultuous years of the Mariel boatlift in Cuba. The show will premiere Sunday at Hollywood Fringe, an annual performing arts festival.

In the context of the Cuban Revolution, Rodríguez Drissi said the one-act play focuses on the trials of motherhood and womanhood in an effort to leave the audience with a better understanding of the complex ways in which political turmoil impacts women.

“It’s this conversation that takes place over the wall in much the same way as we would have a conversation with ourselves where you reveal things that you wouldn’t share with others, the fears, and those dark moments in your life that you don’t dare speak about, they speak to each other,” Rodríguez Drissi said.

In the play, two women, who each had daughters who joined the mass exodus of Cubans fleeing Fidel Castro’s regime, speak with one another through the wall dividing their houses. The women discuss their daughters’ potential fates, at times believing they are alive and well, and at other times believing they perished en route to America. The dialogue between the two women is reminiscent of internal dialogue people often have with themselves, making the distinction between the two women less clear, said actress Maria Hojas, who performs as the narrator in the play.

“All the characters are just one character, and it’s this sort of multiple personalities that a woman can have especially under these circumstances,” Hojas said.

Much of the play was inspired by Rodríguez Drissi’s experiences as a child in Cuba, when her own family was unable to leave the country. Rodríguez Drissi particularly remembers the fear she felt after her family was unable to leave. Groups of students and workers, contracted under the state-sanctioned acts of repudiation, were bussed to the homes of Cubans who had intended to leave, Rodríguez Drissi said. They were instructed to yell insults and threats, destroy the houses and brandish chains and metal rods.

Rodríguez Drissi’s family members were victims of the brutality about seven times, and the lasting impression prompted Rodríguez Drissi to include the experience in the play, she said.

“Very violent, very ugly, very traumatic, and I never forgot it … and so it was important to me to include this in the play,” Rodríguez Drissi said. “To me it was important to say these things, and for the characters to speak the insults and to write them on the wall, and to say exactly what’s going on.”

With the historical background of the Cuban Revolution as the play’s context, the narrative primarily focuses on what it means to be a woman and a mother. The two women discuss how they are dealing with problems such as the separation from their daughters. They often draw on their deepest thoughts and emotions, such as fears of inadequacy and loneliness, which can be a difficult task, said Magdalena Edwards, who portrays one of the mother and daughter duos and also serves as assistant producer. She said she hopes the audience is able to relate to these women and feel connected to their story.

“I hope that they can enter into the space of these women’s lives. These are women who don’t have material comfort or security and who are living in a very difficult political time,” Edwards said. “I hope they really have an emotional connection with them and to go along that emotional ride with them.”

The theme of mother-daughter relationships is expressed through the evolution of women, said UCLA alumna Yelyna De Leon, who plays one of the mothers, Candela, and one of the daughters. The play highlights how women often don’t appreciate or understand what their mothers taught them until much later in life, a phenomenon symbolized in the play by the fact that the daughters themselves are not introduced until the end of the play, De Leon said. The play presents a counter-narrative to what many expect motherhood to be like: Rather than portraying a simple mother-daughter relationship, the play shows the nuance of the dynamics between women and their children, as well as between women in general.

“That’s really what women want to be, they want to be the best mother they can be, but then life happens,” De Leon said. “This story feels like a very raw and real portrayal of what women go through, through being a daughter to becoming a mother, and how that impacts a woman’s identity,”

Rodríguez Drissi said she hopes that the audience members, and particularly women, gain insight not only into the history of the Cuban Revolution but also into the emotional and psychological state of those involved in such highly dramatic events, including feelings of abandonment and anxiousness. “Houses Without Walls” provides an in-depth look into how women, and in particular mothers, dealt with trauma during times of intense political conflict, a scenario that has often repeated itself in history and is likely to continue to do so in the future, Rodríguez Drissi said.