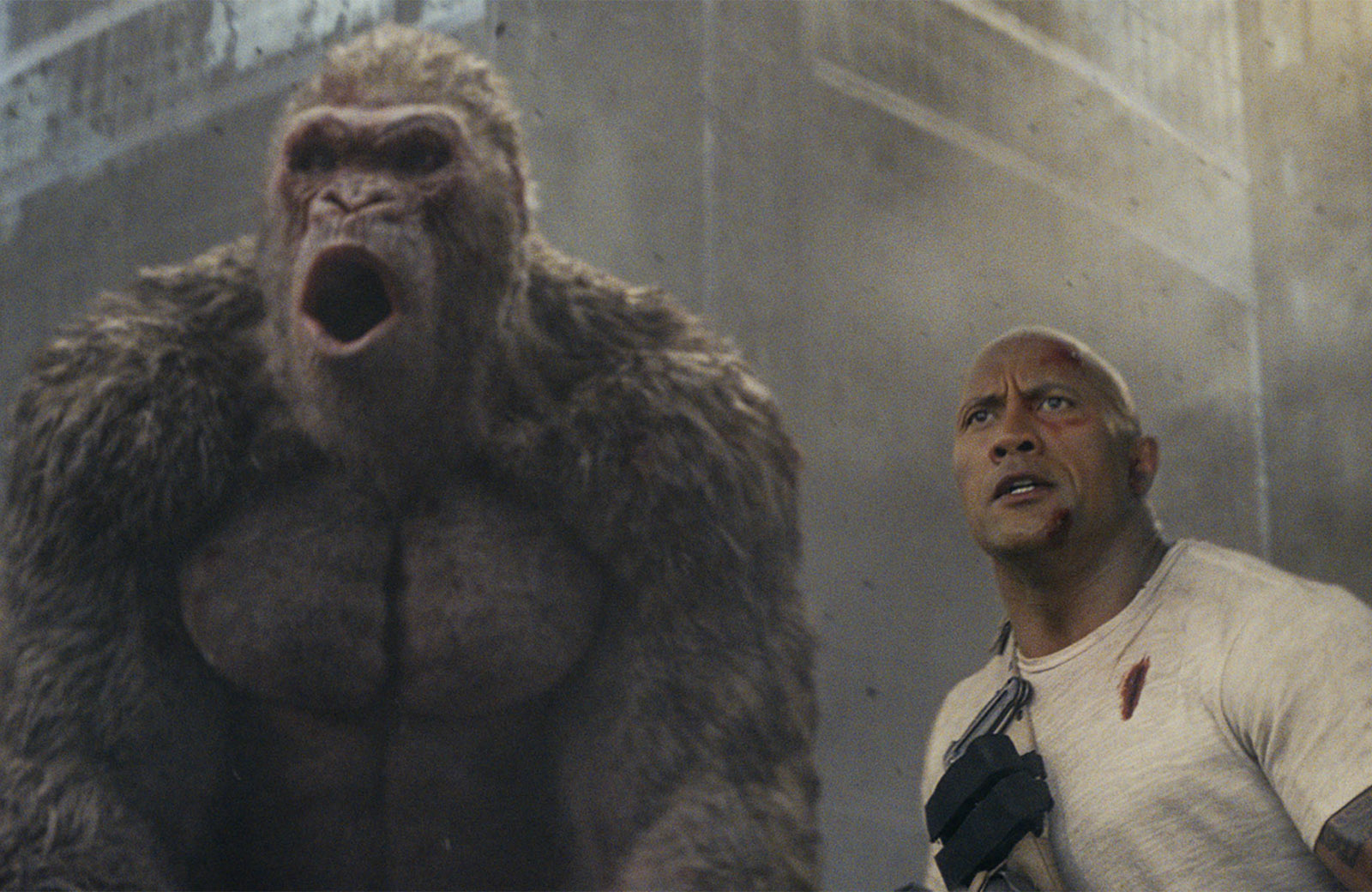 An albino gorilla the size of a building tears through downtown while a pool-sized flying wolf glides between skyscrapers – how did an ordinary day become filled with monsters?

The destruction of cities by giant monsters is common on the big screen, and we can definitely expect the trope to make a welcome return Friday with “Rampage.” The film tells the story of a supersized gorilla named George and his friend David Okoye (Dwayne “The Rock” Johnson), a primatologist. George, along with other creatures, is exposed to a mutagen that causes the animals to grow rapidly and exhibit heightened aggression. Eventually, David teams up with a geneticist to save his friend George and to stop the other beasts before entire cities are obliterated.

From “Frankenstein” to “Jurassic Park,” films have often been fascinated with creating monsters. But the science behind the process hasn’t always been explicit or accurate. What mutagens can cause an animal to become so large, and would an animal of that scale even be viable? After research, I determined that, in this day and age, an extremely large gorilla is unlikely, if not impossible. That being said, it was definitely not a rarity millions of years ago.

Right off the top of my head, I thought genetic engineering would have a role to play in creating colossal monsters. Scientists have historically used the technology to create slightly larger animal bodies for purposes of consumption. For genetic engineering to work, a specific DNA sequence that codes for a desired protein or phenotype is selected, isolated and inserted into an embryo or fertilized egg of a particular organism. Scientists then grow the embryo, which eventually results in offspring with the gene of interest.

In 2012, the Food and Drug Administration approved AquAdvantage Salmon, a variety of fish that is nearly two times the size of the average Atlantic salmon. Researchers inserted genes from chinook salmon that cause rapid early growth, and genes from ocean pout which cause continual growth, into Atlantic salmon embryos. The desired result was immediate and constant growth for salmon as soon as they hatch. Hypothetically, to make our “Rampage” George, scientists would need to insert genes responsible for rapid growth into a gorilla embryo, so that when it is born, it quickly and constantly grows.

Reported cases of building-sized animals from genetic modifications are unheard of, but the idea isn’t necessarily an impossibility. In the movie, George is exposed to a mutagen, which leads to his incredible growth. But because administering mutagens can lead to the development of cancer, research on creating large animals through mutagens is practically nonexistent. However, breeders have used a process called artificial selection to create a desired breed or to pass on certain characteristics from parents to offspring.

For example, a breeder can mate specific pairs of dogs to obtain a desired breed. Similarly, a breeder can mate a pair of large dogs to increase the likelihood of puppies inheriting more “large” genes – or active forms of them. The same science is responsible for the origin of Zeus, the Guinness World Record-holding dog who was 7 feet 4 inches tall when standing and consumed 30 pounds of food a day. If artificial selection was continuously utilized for each generation, each offspring could technically become larger than the last.

But there are limits in our current climate. Metabolic demands and environmental conditions render George’s size unfit. An adult male silverback gorilla, on average, weighs about 434 pounds and consumes nearly 10.3 million calories per day. If “Rampage’s” George was twice the size of an average silverback, he would need to eat 20.6 million calories a day. The size would also create health concerns including a heart that pumps enough blood to such a large body or bones strong enough to support that much weight. A gorilla like George would need to spend more of its time eating – not smashing buildings – in order to maintain its large body mass.

15 percent may not seem like much, but around 30 million years ago, oxygen content was a little over 23 percent – enough for terrestrial animals to reach up to 44,000 pounds. Our current atmosphere contains 21 percent oxygen, and the largest current terrestrial animal, the African elephant, weighs up to 14,000 pounds. Albeit slight, the decline in the amount of oxygen plays a role in hindering massive growth.

Considering our current climate and the enormous energy requirements, an animal of George’s size is extremely unlikely. But, if we traveled several million years back, we just might be able to see one. Until then, we can rely on our suspension of disbelief to enjoy films like “Rampage.”