The Quad: How to be an ally to the LGBT community and other minorities 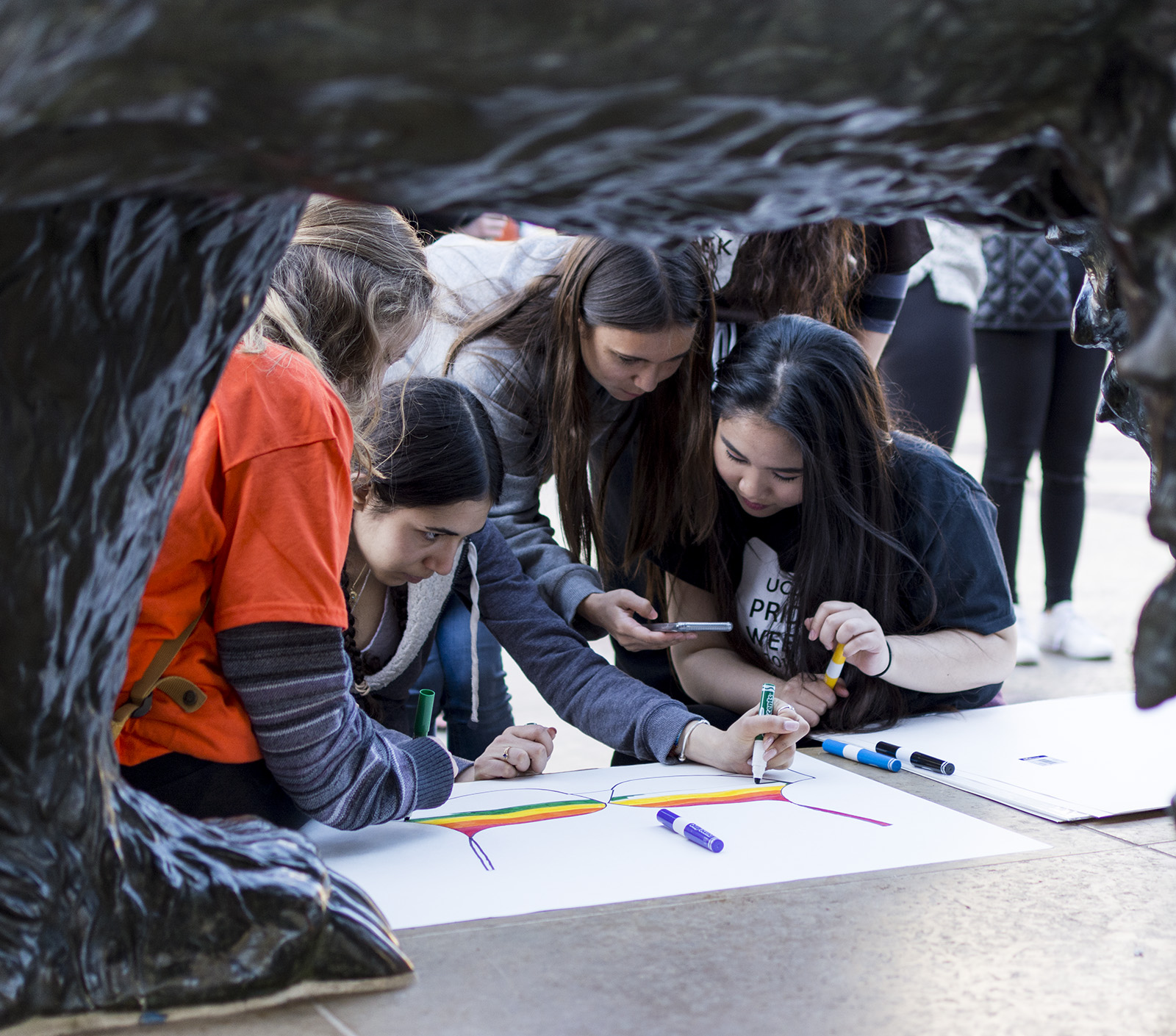 Pride Week is coming to an end at UCLA. Your neighborhood lesbians are playing Lady Gaga’s gay anthem “Born This Way” and there are rainbow flags everywhere. The LGBT community is down to party and flaunt their bad selves.

For those of you who are not part of the LGBT community, this may have been just another week. However, you can use this week of celebration to expand your understanding of what it means to be an ally.

It is important that an ally is not just an ally for a week, or a parade or a holiday. They must be an ally at all times. Allow me to explain how to be an ally not just to the LGBT community, but any minority community.

1. Remove “If I were [insert minority here], I would …” from all speech. If you do not belong to a minority community, your hypothetical situations take up the space needed for people who are actually minorities to speak on their experiences.

2. Be critical of yourself. There are many subtle ways in which you can offend people or derail a cause, but microaggressions are normalized in society and thus make it harder to self critique. You will make mistakes, but what is most important is that you are able to recognize and learn from them.

3. Educate yourselves about the experiences of different minorities, social movements and the history of those social movements, instead of relying on minorities to do it for you. Google exists for a reason: There is a wealth of information out there for you to discover. If you don’t know exactly what to research, follow social movements on social media and surround yourself with a multitude of minority communities, in person or through social media platforms. The questions you may have will then develop organically. From there, online research can help you find the answers.

4. Be an ally at all times, not just when minorities are around. One of the reasons discrimination continues to exist is because it is normalized in everyday encounters. If you don’t say the N-word in front of black people, don’t say it when you are listening to Future with your non-black friends.

5. Do not colonize spaces. Safe spaces were created to give minorities room to relate to each other and speak about their experiences. If you’re a straight person that frequents LGBT or other minority clubs, understand you are a visitor and need to act accordingly. For example, the Huffington Post provided a guide for how straight women should behave in LGBT bars.

6. Be brave. You may be ridiculed for standing up for minorities, but understand that you have the privilege to hide in the guise of the majority, while a minority who lacks that luxury must be brave every day.

7. Uplift the community. A good ally allows minorities to stand on their shoulders so they can share their message in arenas that are hard to access.

8. Believe minorities’ stories. Racism in the United States can be viewed differently depending on whether a person is in the majority or in the minority. CNN conducted a poll that suggested more white people believe black people are treated equally while more black people believed they were treated unequally. It may be harder for white people to believe black people when they say they face discrimination because they experience the world differently and do not see it as a significant problem. Long story short, you should not discount someone’s experience because it derails the cause.

9. Accept discomfort. As an ally, you will be introduced to many ways of life and world views that are not your own. Some will make you uncomfortable, but it’s okay to be uncomfortable. A minority is not asking you to agree with them, but simply to respect their existence.

10. Celebrate with us. When a minority wins, we all win.