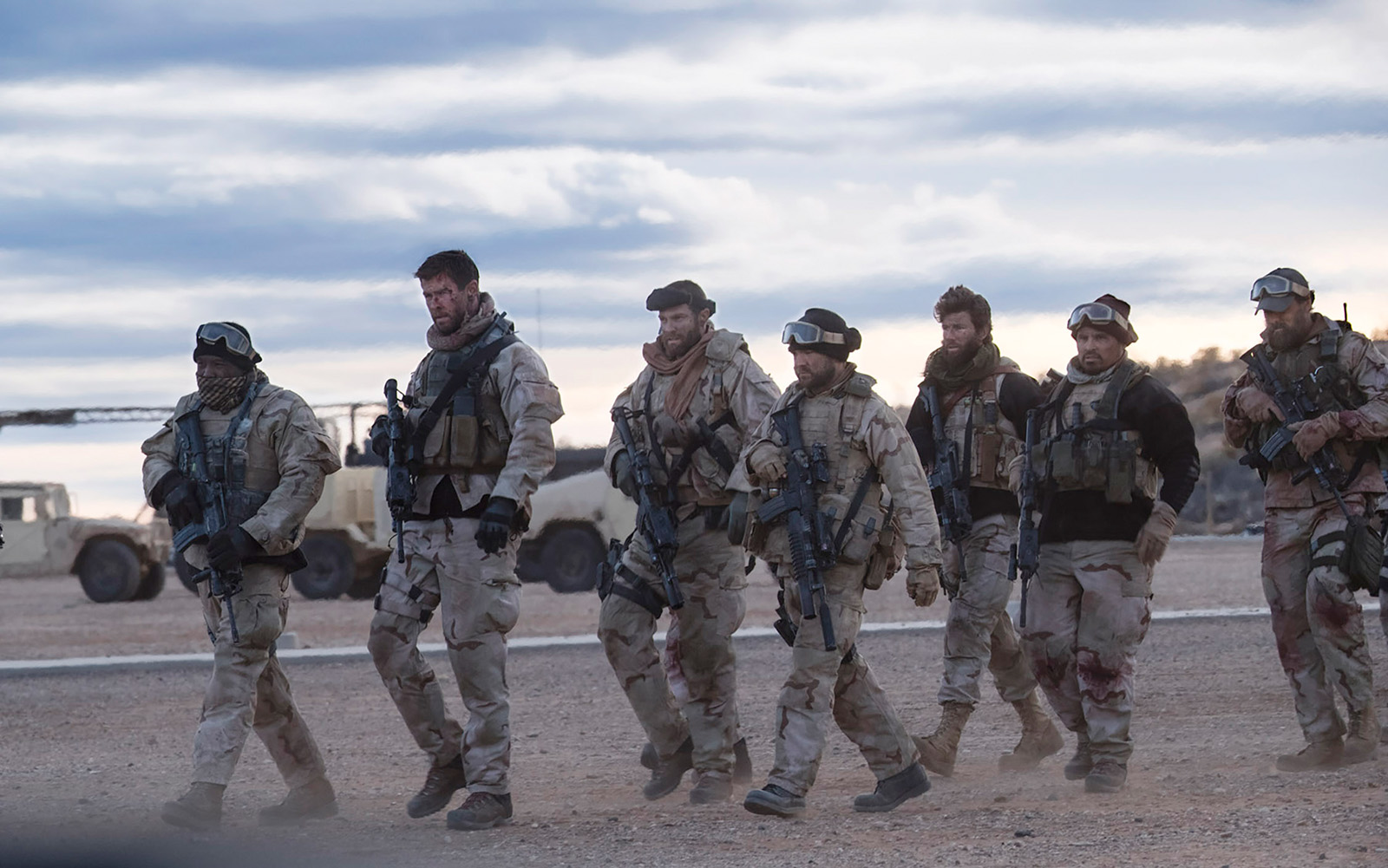 Based on a book by Doug Stanton, “12 Strong” details a gritty, but true, war story about the fall of Mazar-i-Sharif. Hemsworth stars as Captain Mitch Nelson, leader of a band of Special Forces soldiers who are sent into the trenches of Afghanistan following the disastrous 9/11 attacks. Nelson and his 12 men embark on a mission to capture the city of Mazar-i-Sharif and work side by side with General Abdul Rashid Dostum (Navid Negahban), the leader of the Alliance in Afghanistan.

Although based on a true story, “12 Strong” rings hollow due to its focus on lengthy action scenes rather than on character development and plotline. The movie’s title, “12 Strong,” references the 12 United States soldiers who, against all odds, triumphed against the risks of a classified government mission. Unfortunately, it would be generous to imply that even three of the 12 men have more than a generic backstory. Even after dedicating a significant portion of the film to building up the soldiers’ lackluster relationships with their families, the ending rails against any emotional impact their familial relationships may have had. Their reunion after the war, which should have served as the emotional climax, became a briefly glossed-over scene. For instance, the last three minutes of the film show Nelson returning home to his wife and child in a hasty scene devoid of dialogue or cinematic techniques to heighten the emotional impact.

Although it is admittedly difficult to create a morally nuanced antagonist when the enemy is the Taliban, “12 Strong” is too comfortable in its assumption that it can spend little time defining a notorious enemy. The movie relies too heavily on the fact that most people enter the theater with an understanding of the Taliban’s heinous acts. As a result, the film doesn’t show many aspects of the Taliban’s culpability within the frame of the movie. Even the single scene in the entire film that touches upon the evil of the Taliban – a mother killed for educating her daughters – seems stilted because the movie makes explicit only one instance of depravity while leaving the rest to implication. The lack of characterization amid spilled blood and gore makes “12 Strong” indistinguishable from any movie of the same genre.

The film handled the consistency of its details in a similarly clumsy manner. As “12 Strong” takes place in Afghanistan, director Nicolai Fuglsig employs several different languages such as Uzbek to enhance the realism of the plot. The technique is effective approximately half the time because of the movie’s inconsistency in providing subtitles – a shame, because the use of foreign language was otherwise well balanced throughout the film.

Early on in the film, Nelson meets Dostum for the first time and cannot understand the language that the general and his men speak. The lack of subtitles in the scene is logical as it parallels the sense of otherness Nelson feels in a foreign country. The directorial choice could be construed as a clever way to draw Nelson and the audience together by means of an isolating language barrier.

However, the movie provides subtitles for an interaction shortly afterward and destroys the sentiment of alienation. In a scene where Dostum and his men discuss the gifts the Americans brought to show their goodwill, the newly added subtitles provide a translation of the interaction despite the dialogue lacking any real significance to the overall plot.

Perhaps the weakest part of the movie is its glorification of war as it attempts to convince the audience it presents a tale of humanity. Save for the occasional near-death or loss, most of the war scenes resemble the way 12-year-old boys might play paintball and lack a sense of gravitas to weigh down the situation. Heads explode to gleeful reactions and bombs are dropped indiscriminately without reluctance. The touching lessons the men are meant to learn from war come off as little more than elementary school platitudes.

Where “12 Strong” succeeds, however, is in its portrayal of the companionship among the men in task force unit Operational Detachment Alpha 595. The dialogue in barracks and battle scenes never seems forced and an actual camaraderie exists among them from the playful jostling to the in-jokes, such as the ribbing one soldier receives for being loyally guarded by a prepubescent Afghan boy. It is a joy to watch them interact every time they are on screen, making it all the more wrenching when any of them are injured on the battlefield. The movie would have benefited from focusing more upon the relationships among the men; perhaps then it would not have been overwhelmed by the war scenes.

“12 Strong” ultimately establishes itself as a decent film trapped within an average one by placing an inordinate amount of focus on the action scenes, when the center of attention should have been on the players of the war. Although there may be some heart hidden within the scripts of the 12 men, it is not enough to raise the movie into anything memorable.