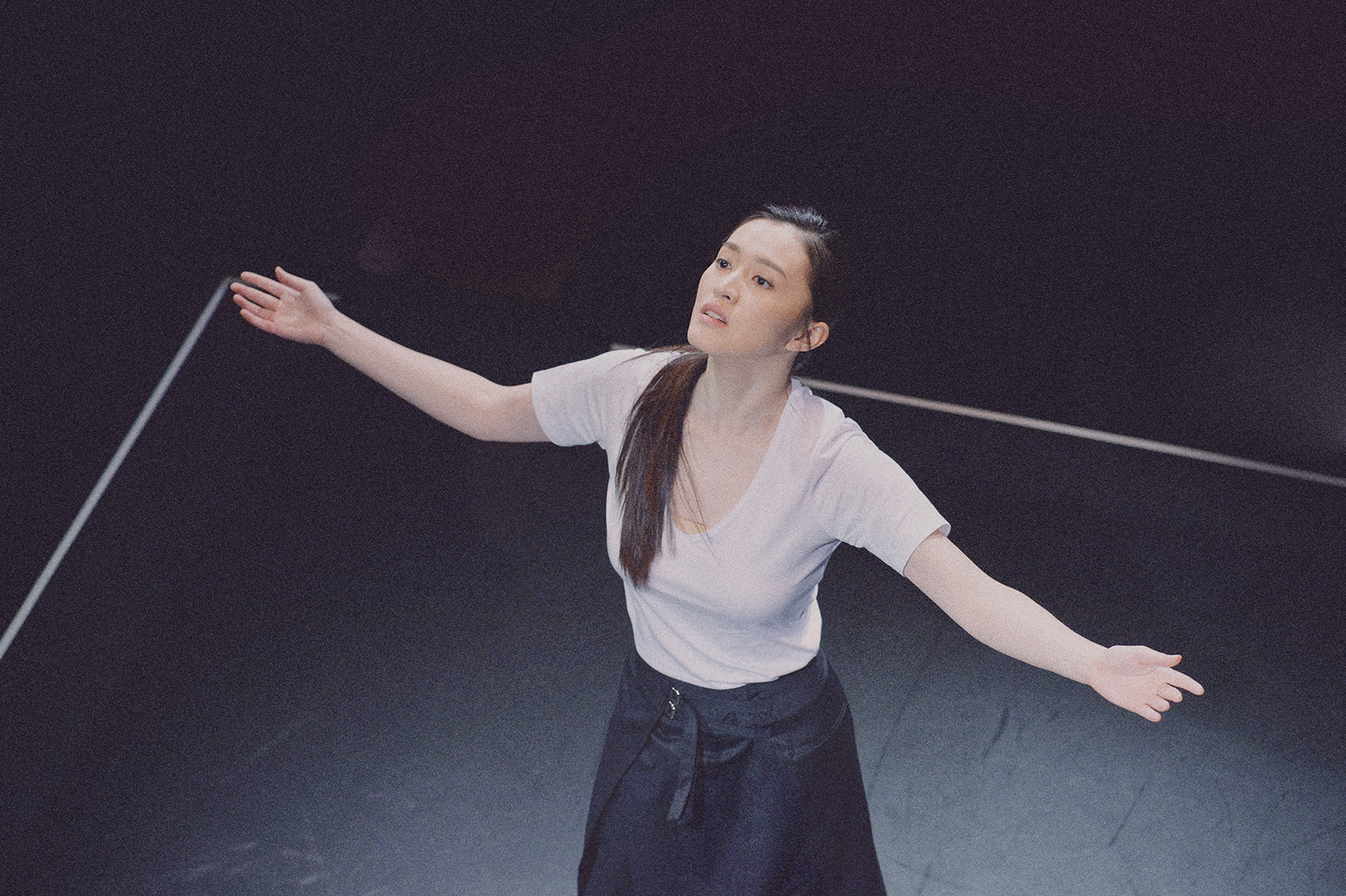 Alumna Gabby So created her own one-woman show “Struggle for Happiness,” which she premiered in Hong Kong. She will now be performing the show in New York City from Tuesday to Sunday at the Studio Theatre of Theatre Row. (Courtesy of Ken Yeung)

Created by Gabby So

Gabby So first fell in love with theater when she flew above the audience as the ghost of Catherine Earnshaw in a stage adaptation of “Breakfast at Tiffany’s.”

The UCLA alumna said she used to grapple with insecurity and a perceived lack of recognition as a theater actress. But So said, when she steps onstage, she feels empowered as she commands the audience’s attention.

“I constantly felt a sense of insecurity because of my lack of artistic control as an actress, with producers and editors having the power to edit (me) out after shooting,” So said.

So recently overcame her struggle for artistic autonomy by creating “Struggle for Happiness,” an original one-woman show based on the story of Sofia Kovalevskaya, one of the first Russian female mathematicians. After performing at sold-out venues in Hong Kong, So will perform the stage production in New York City from Tuesday to Sunday at the Studio Theatre of Theatre Row.

So said she was inspired to create the one-woman show from her experiences on various film sets during her two years as a theater student at UCLA, in which she often had to follow a director’s vision without the chance to include any of her own artistic input. So said she felt insignificant working in film after she graduated, especially since the industry largely lacks Asian representation.

To take ownership of her craft, So wrote, directed and starred in “Struggle For Happiness.” The play is based on Alice Munro’s semifictional short story in which Sophia Kovalevsky, a 19th century Russian mathematician and novelist, attempts to use mathematical functions to find the formula for happiness.

“I started doing solo (shows) because it’s the least amount of resources, and doing my own shows allows me to play roles I have only dreamed of playing,” So said.

So said she chose to base her play on Kovalevsky not only because of the story’s universal theme of pursuing happiness, but also because of her own personal connection with the character. Both Kovalevsky and So have a wide range of interests – Kovalevsky took an interest in writing outside of mathematics, and So experiments in theater, dance and music.

Prior to creating her solo show, So said she had played drastically different roles in stage productions, including a pair of twin sisters chasing after love and friendship, and a cold-hearted male mafia member.

So’s first theater teacher, Steve Reynolds from Li Po Chun United World College of Hong Kong, watched So’s performance as a mysterious woman in a stage adaptation of “Secret Love in Peach Blossom Land.” Reynolds said ever since that role, So has displayed the versatility necessary to play a wide range of characters.

“In one play, (So) plays a mischievous, nasty and stereotypical male character, while as a mysterious woman (in another play), she is sultry and slinky,” Reynolds said.

So said she often challenges herself to showcase versatility, which she considers to be her biggest strength. She said she has to constantly change and reinvent herself through her roles in order to stay in the spotlight and retain the recognition she strives for.

So’s father Gabriel So has not seen much of his daughter’s onstage work. Living in Hong Kong, he could not make it to any of her shows in Los Angeles. However, Gabriel So said he still feels the thrill Gabby So has as she stands under the spotlight when she speaks with him about her roles over the phone.

“I can only share her joy after (the shows), when she talks to me during breaks,” Gabriel So said. “(Gabby So) told me she wants to have her dream realized in theater, and I want to support my child’s interest.”

In the months leading up to “Struggle for Happiness,” which ran for around 10 days in Hong Kong, So practiced by herself, often isolating herself from her friends and family for extended periods of time to focus on her script and act. Despite her choice to practice in solitude, So said she enjoys having an audience around her during the live performance because it makes the preparation worthwhile.

“Being an actress, I find my fulfillment through recognition and being in the spotlight,” So said. “Instead of being an actor who waits, I would rather be someone who creates.”