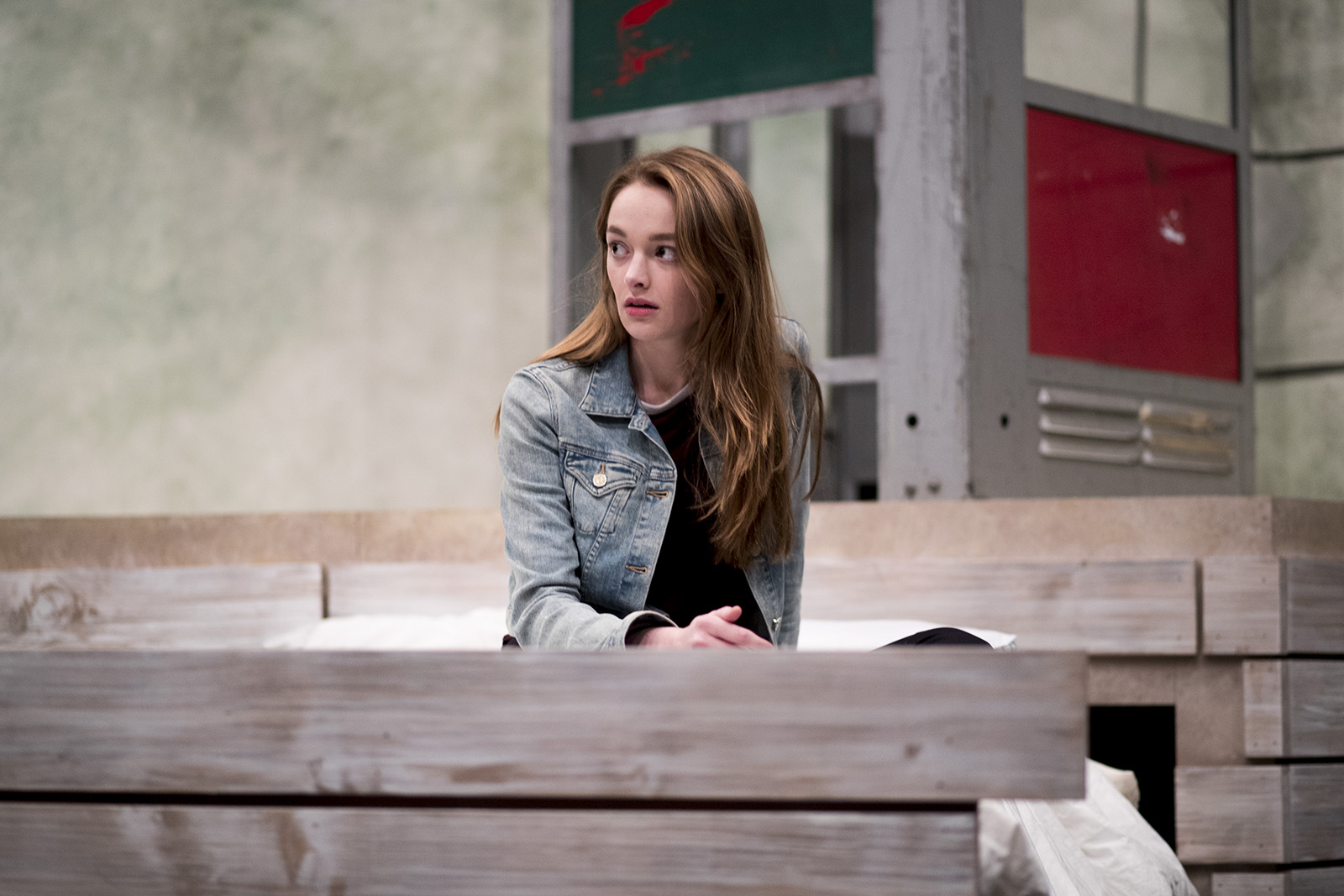 The play “Georgia Is Waiting” tells the story of a woman who spends her life haunted by an imaginary bison.

The show, written by graduate playwriting student Anna Fox, will run Thursday through Saturday at Macgowan Hall and follows the life of protagonist Georgia as she grapples with the absence of her father.

To mask the fact that her father abandoned her on her 7th birthday, Georgia told her third-grade class the false story that he had been killed by a bison. As a result, she spends her life hallucinating an imaginary bison and must confront the lasting consequences of the abandonment on her mental health after her father re-establishes contact with her years later. Through individualized acting techniques and detailed conversations between actors and the director about the characters and their struggles, the cast and crew strived to create an authentic portrayal of mental illnesses in their performances, Fox said.

“It’s not so cut-and-dried and simple if someone doesn’t have a father,” Fox said. “That can mean so many different things, so I think (the play) is one experience of that or one way to explore that.”

The story does not follow a chronological structure, instead jumping between past and present over a 28-year span of Georgia’s life from ages 8 to 36. Fox said the non-sequential plot allows the audience to follow the character’s trauma throughout her life. Because trauma is often triggered by a certain emotion or memory, the narrative structure – which features flashbacks and time skips – creates a more authentic depiction of the ways in which one experiences the complexities of trauma.

Claudia Keener, a fourth-year theater student, portrays Georgia through childhood and adulthood. Keener said she connects to Georgia on a personal level, drawing on her own experiences of having an absent father to create an accurate representation of childhood trauma. When portraying the younger Georgia, Keener said she speaks in a high-pitched voice and physically bounces around the stage to embody the carefree and energetic quality of children. As teenage Georgia, Keener is more still and awkward, acting like she is unsure what to do with her hands.

Although it was crucial to convey Georgia’s distinct emotional struggle across various ages, Keener said it was equally important to establish Georgia as a strong woman who is not defined by tragedy. The play often offers insight into the other facets of her personality, such as her habit of frequently making jokes, even in serious situations, to make light of her dark circumstances. Keener said a solely sympathetic portrayal of people with mental health issues can often become exhausting and monotonous for audiences. Instead, Fox’s play tries to show that people are not defined by their mental health issues, Keener said.

“She’s not a tragic figure at all,” Keener said. “It’s more like, ‘Oh wow, this girl has difficulties because she doesn’t understand what it’s like to have a healthy, positive male figure in her life.’”

Georgia and her father both deal with depression in their own ways. While Georgia struggles with alcoholism, the father deals with suicidal tendencies, Fox said. Alexis Jacknow, the play’s director, said she sat down with Davis Anderson, a fourth-year theater student who plays Georgia’s father, to discuss in detail the state of the character’s mental health. In their conversations, they talked through hypothetical backstories to form a complete portrait of the character: They speculated what the character’s clinical diagnosis might have been, how he might have experienced depression, what his stints in the hospital would have been like and what might have led him into various states of homelessness and alcoholism, Jacknow said. Discussing the aspects of the character that are not necessarily portrayed on stage helped construct a better understanding of his personality, allowing Anderson to enact the role with more genuineness, Jacknow said.

“Every case is so personal and so specific to each individual,” Jacknow said. “Mental health is such a difficult thing, you know, we’re just beginning to understand and scratch the surface of what those two words even mean.”

Mark Cockfield, a fourth-year theater student, plays nine roles in the play, including Georgia’s childhood friend and those of a boy Georgia meets on a dating website. Cockfield said the cast’s job is to portray stories accurately in order to make audiences relate in their own way.

“(Mental illness) is something that people deal with and they can still work with,” Cockfield said. “They’re not inhuman because they have this.”

Keener said she could add to the authenticity of the role because of her own experiences with abandonment, which helped her identify with Georgia’s emotions. Actors who do not personally identify with their characters’ struggles, however, try to put themselves in their characters’ situations to understand what makes their emotions valid, she said.

Although depression is never specifically mentioned in Georgia’s case, Keener said its effects are implied through her drinking habits and hallucinations of the bison. Eventually, however, Georgia learns to deal with her circumstances in healthier ways, which include confronting her father and becoming a psychologist. Fox said her intention was not to send the message that trauma and mental illnesses can be easily overcome or forgotten. Instead, she wanted to illustrate that life is complicated, but that there are constructive ways to deal with mental health, she said.

“I hope that people can see this and know that it’s OK, that people do experience these things,” Keener said. “It’s not a rarity, and people should feel comfortable to speak out and get help.”