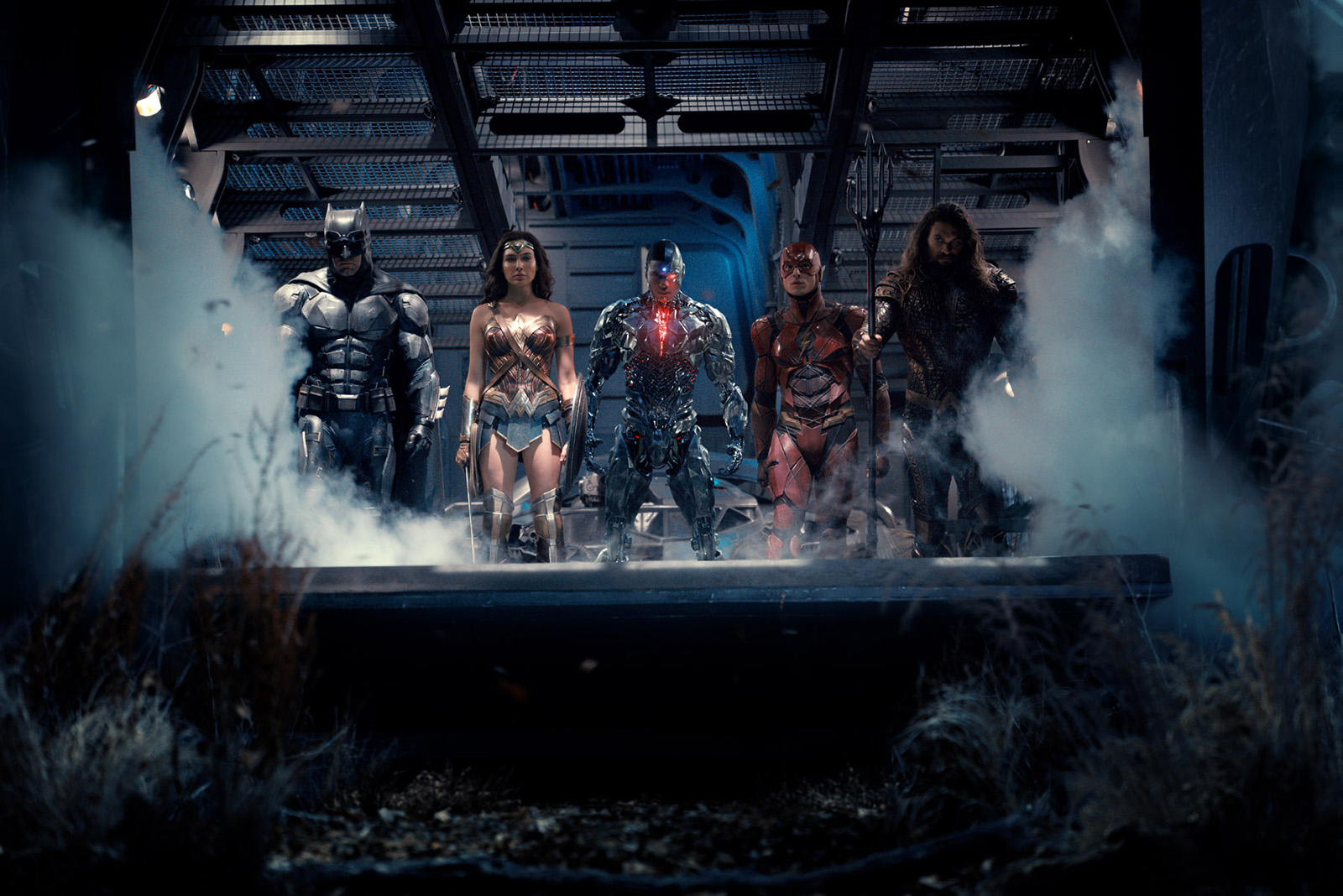 With an overly straightforward plot, “Justice League” is the most recent film in the DC Extended Universe following the release of the critically acclaimed “Wonder Woman.” Although the film does adopt some of the strong humor and plot development that made “Wonder Woman” so successful, “Justice League” certainly does not do justice to the standard set by the earlier release.

In DC’s latest attempt to rival the success of the Marvel Cinematic Universe, Batman (Ben Affleck) gathers a group of heroes to save the world from Steppenwolf (Ciarán Hinds), “the destroyer of worlds” who has set out to initiate the apocalypse. The resulting Justice League consists of an industrious Wonder Woman (Gal Gadot), an angst-filled Cyborg (Ray Fisher), a one-dimensional Flash (Ezra Miller) and a free-spirited Aquaman (Jason Momoa).

Some group members initially refuse the invite to join the team, but through the use of deus ex machina – such as the overly well-timed appearance of Aquaman through a damaged wall in a flooding underwater base – the team eventually comes together.

Gadot’s standout performance as Wonder Woman is one shining light in the dull plot. She exudes power and confidence through her dialogue and fight scenes, which the film spends a significant amount of screen time featuring – no doubt because of the success of her standalone film.

However, Wonder Woman references the death of her romantic interest from “Wonder Woman” multiple times throughout the film, so without knowledge of the prior movie, many lines could easily confuse a new viewer as to the key motivations of her actions in the film.

Although Gadot brought credibility to her character, Miller’s portrayal of the Flash comes off as a discount Tom Holland from “Spider-Man: Homecoming.” Many of the slow-motion scenes of him running also mirror those of Evan Peters’ Quicksilver in “X-Men: Apocalypse.” Portrayed as an awkward but humorous teen, the Flash’s jokes are often hit or miss, with many of the intended comedic moments feeling forced.

Momoa’s Aquaman, on the other hand, features a lone-wolf mindset bent on evading relationships with anyone from Atlantis or from the land. But the character quickly sheds his individualistic disposition, making Aquaman more of a plot device than a relatable character.

One of the few well-crafted characters is Fisher’s Cyborg. Cyborg is a tech genius and know-it-all character reminiscent of Tony Stark in the “Iron Man” franchise, but Fisher portrays him in a way that feels refreshingly original compared to the other characters in the film. Fisher’s character is filled with inner conflicts that make him the only truly unpredictable part of the film.

Other than the developments of Cyborg and Wonder Woman, the plot is lacking in engaging material, as character dialogue heavily carries the plot forward. The movie is missing plot twists from start to finish, and the few “plot twists” that do exist fail to provide any shock because members of the League verbally predict them before they happen.

The film also features every trope of the DC universe including dark settings, slow rising action drawn out between lengthy scenes of dialogue and periodic run-ins with the antagonist that culminate in one large final battle.

However, despite its cliches and predictability, the film has a few noteworthy moments and scenes. The special effects in the film are of a higher quality than those of any previous DC film. Cyborg is a computer-generated work of art – his metallic body is capable of transforming into weapons and creating holographic visuals between his hands. Similarly, an entirely underwater scene features completely computerized robot-bug enemy hoards, each soldier armed with weapons and red, glowing eyes.

The visual effects are also especially impressive in an early scene in which Wonder Woman saves hostages from gun-toting captors. The Amazonian heroine blocks a barrage of bullets with her signature wristbands in an epic slow-motion scene. Like “Wonder Woman,” the film does a reasonable job of developing light dialogue with humor, countering the generally dark palette of the film. Although many scenes are filled with blacks and grays, the dialogue adds a splash of color.

But “Justice League” does little to set itself apart in the superhero genre, often mimicking tropes and humorous qualities that made other movies successful. Though the copied script choices prevent it from failure, the film still features a generic script and a bland plot.