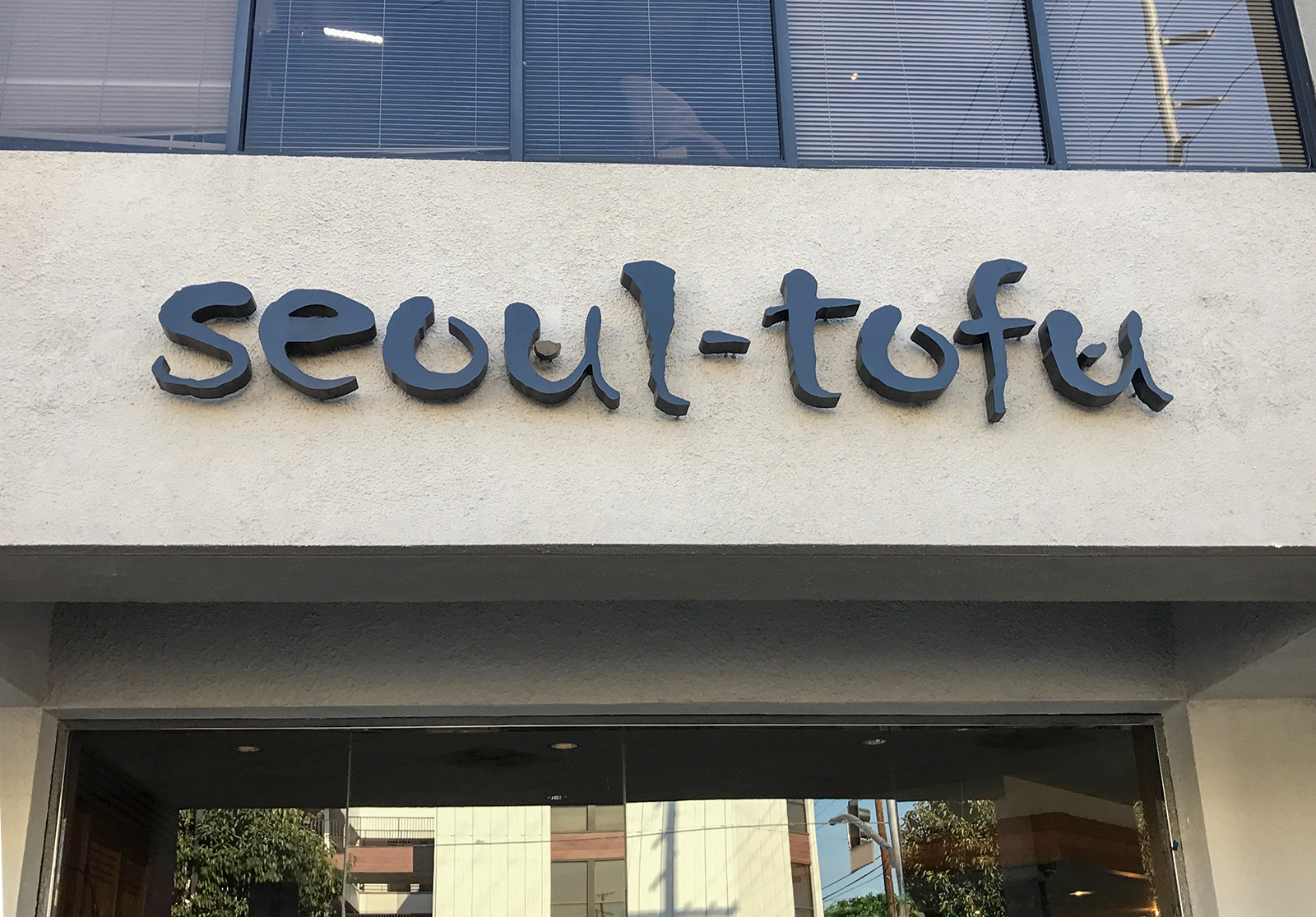 Seoul House of Tofu specializes in soon dubu jjigae, a Korean stew of soft tofu and other fillings. The restaurant, which is located along Sawtelle Boulevard offers students a nearby option for comforting Korean food. (Andrew Warner/Daily Bruin senior staff)

UCLA students don’t have to make the long trek out to Koreatown to get some tasty Korean food.

Located along Sawtelle Boulevard, Seoul House of Tofu is a prime location for delicious Korean comfort food. The restaurant offers a wide range of warming Korean stew with options for meat eaters and vegetarians alike.

The restaurant’s large, dimly-lit space is often packed to the brim with patrons – after arriving right as the restaurant opened at 11 a.m., I noticed the restaurant quickly filled up for the lunch rush within the 30 minutes it took to finish my meal.

And the customers were justified in their fervor.

The extensive menu includes about 10 different variations of “soon tofu” or soon dubu jjigae – a Korean stew made with soft tofu and other fillings – served alongside other typical Korean barbecue such as bulgogi and galbi. While Korean-American cuisine is often quite meat heavy, vegetarians and vegans need not fret – Seoul House of Tofu offers plenty of vegetarian options, including mushroom soon dubu and vegetable dumpling soon dubu.

Customers can also choose the type of broth used for their stew – beef or water based. While the beef broth offers a richer and more complex flavor, the water based broth is an equally satisfying option for vegetarians and vegans.

Customers can also customize the spiciness level of the broth – Seoul House of Tofu has five different spiciness levels for customers to choose from. I chose the medium level, which has a pleasant kick that doesn’t burn too much.

Just a few minutes before each meal arrives, servers bring out about five to six different side dishes – or banchan – which include kimchi, pickled radishes and stir-fried bean sprouts. Seoul House of Tofu’s kimchi has a far sweeter and more toothsome quality to it than the oftentimes sharp sourness and limp texture of American store-bought varieties.

Shortly after dipping into some of the banchan, a bubbling hot bowl of soon dubu and a stone pot of freshly cooked white rice arrives at the table. The servers also bring out a raw egg with the banchan, which customers can crack open and poach in the stew. The egg cooks slowly, forming ribbons as customers move around the contents of the soup, thickening the soup just slightly and adding a touch of creaminess.

The dumpling soon dubu jjigae is a particularly comforting option – the starchy dumplings can be filled with either vegetables or beef, and provide an extra dimension of texture to the stew. The mushroom and beef stews also both have extra rich and savory notes to them, which make Seoul House of Tofu the perfect place for hungry students looking for a hearty dish.

While Seoul House of Tofu isn’t particularly cheap, the meal is certainly worth it – for $11 dollars, customers can order a large and filling meal of soon dubu with plenty of sides to savor. Hungry eaters can also order combo meals which include soon dubu and another traditional Korean dish for around $20 each.

While the meal isn’t difficult to finish – none of the components are particularly heavy on the stomach – customers will most definitely leave Seoul House of Tofu feeling full and satisfied.