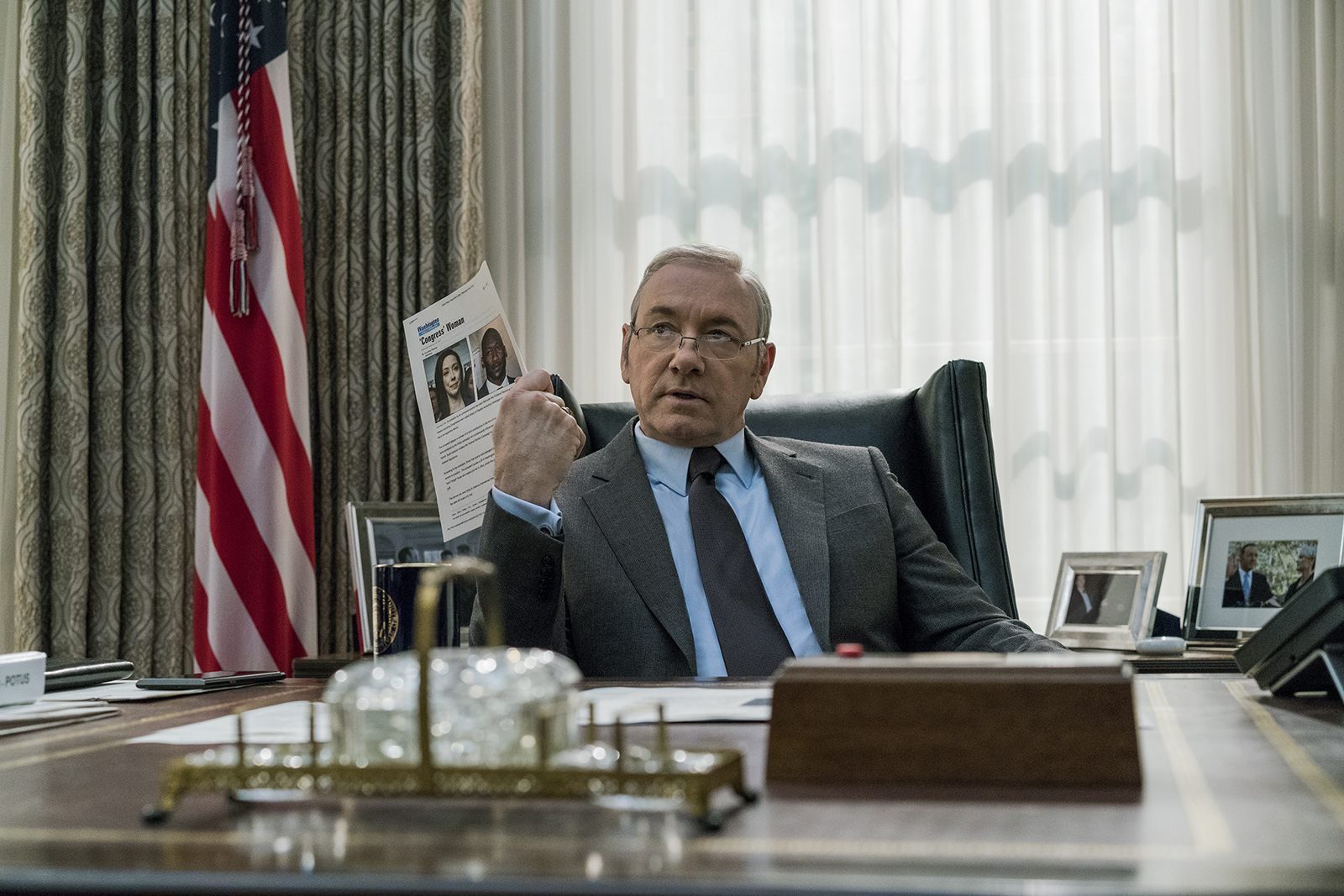 Warning: This post contains plot spoilers of previous seasons of “House of Cards.”

Nobody hates to lose more than Frank and Claire Underwood. For four seasons of “House of Cards,” the Underwoods have bribed, threatened, manipulated and even murdered their way to power.

In the rat race of American politics, they are the only ones willing to do whatever it takes to win, even if it means double-crossing each other. But by season five, the seemingly unbeatable Underwood formula starts to feel a little too formulaic.

Although “House of Cards” remains a guilty pleasure, similar to watching someone’s blackheads being removed, it’s not until the final episode of the season that the show provides a hurdle capable of standing in the way of Frank’s vision of an Underwood presidency.

At the start of season five, the dastardly, fourth wall-breaking politician Frank (Kevin Spacey) and his wife Claire (Robin Wright) face arguably their toughest obstacle yet: convincing the American people to vote for them in the 2016 presidential election.

While real-life Americans are probably sick and tired of election talk, the Americans of “House of Cards” still haven’t cast their votes.

On the Democratic ticket are Frank and his wife, who seek to win the presidential office through a combination of old-school rhetoric, rallies and individual handshaking. On the Republican side is a brash political outsider, New York Gov. Will Conway (Joel Kinnaman), who uses social media and online platforms to get his message across. Any of this sound familiar?

Throughout its run, the Netflix show has often subtly mirrored actual political events, such as heightening tensions between the U.S. and Russia. But season five takes the comparisons to a whole new level.

In previous seasons, the strength of “House of Cards” was its nightmarish, often preposterous and outlandish version of American politics – a political world in which leaders push reporters in front of trains to keep them from revealing their corrupt ways #justiceforzoebarnes. However, compared to the current political climate, season five seems to have lost its dystopian bite.

Much like in real life, the “House of Cards” 2016 election drags on too long – the presidential cockfight isn’t resolved until episode nine of the 13-episode season. By this point, both the audience and Gov. Conway have grown seriously tired of dealing with inaccurate local polls and incompetent state governors. In many ways, season five is almost too realistic for the audience to appreciate the show’s shock value.

However, “House of Cards” remains extremely bingeable, and at the heart of its appeal is Wright’s performance, who steals the show once again. “House of Cards” draws directly from several of Shakespeare’s works – the fourth wall breaks are a clear reference to the original 1990 BBC miniseries “House of Cards,” whose central character was inspired by the soliloquies of “Richard III.” And in season five, Claire really starts to look uncannily like Lady Macbeth.

Not only does she join her husband in speaking to the audience in conniving asides, but she also demonstrates her ability to go to similarly murderous lengths to seize power. Throughout every episode, Wright brings a terrifying, steely and robotic quality to the character. Frank often expresses how he can’t read Claire, and neither can the audience – a testament to Wright’s subtle command of emotions.

If “Macbeth” is anything to go by, the Underwoods will eventually meet a deservedly bloody end; but so far the duo’s downfall remains unclear. Ever since Frank lost out on the position of secretary of state in the very first episode of the show, the Underwoods have never really been defeated. Granted, there have been many bumps in the road – a belligerent Russian president, a persistent journalist and a vengeful gunman, to name but a few – but neither Frank nor Claire has ever been put in their place.

The implication in the title “House of Cards” is that one day, Frank’s house could come tumbling down around him. But it’s only near the very end of season five that the show comes up with a force strong enough to topple Frank’s White House, by which point the stakes of the show feel too diminished to elicit shock or heightened anticipation for a forthcoming season six.