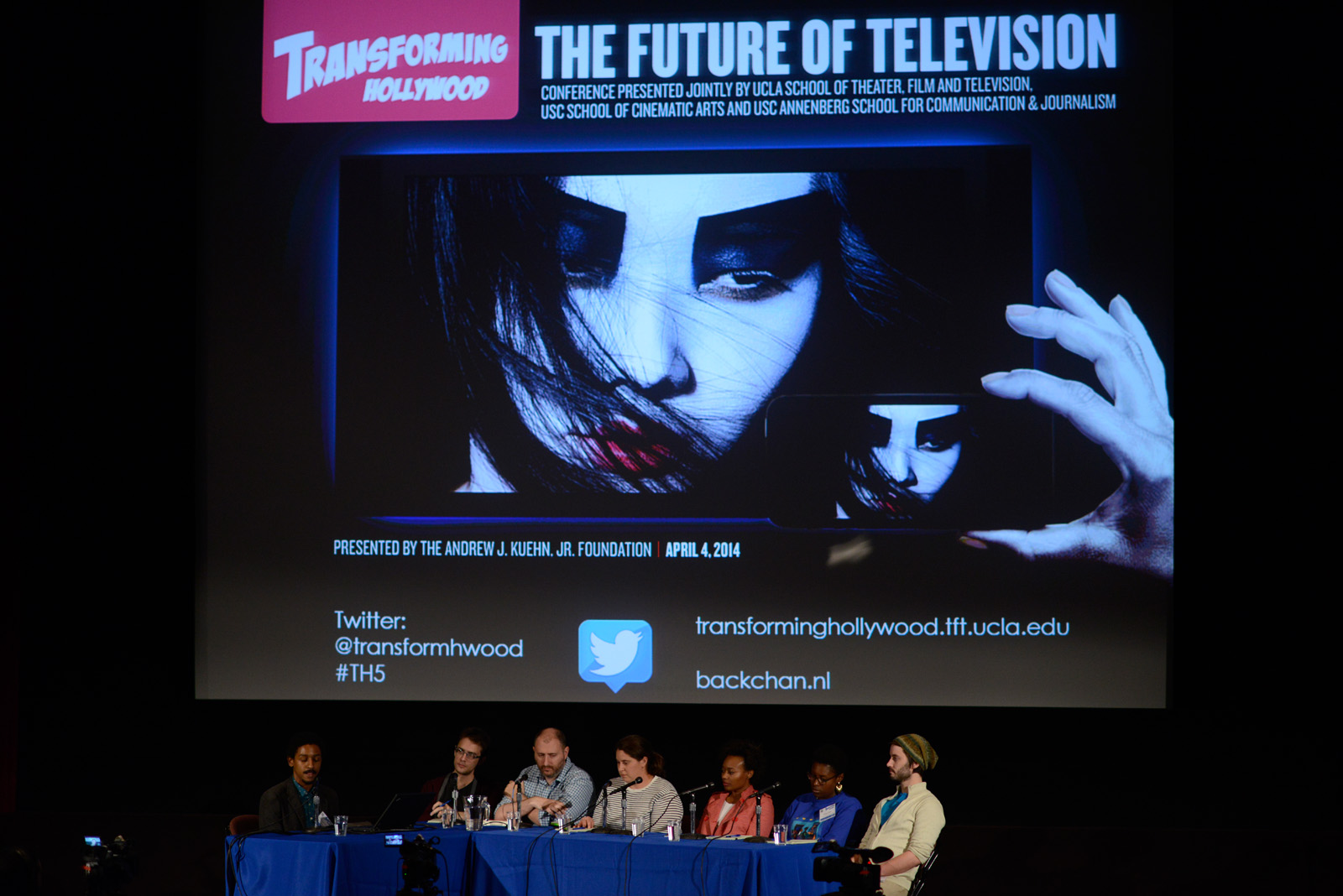 "Transforming Hollywood 8: The Work of Art in the Age of Algorithmic Culture"

Presented by the UCLA School of Theater, Film and Television and the Annenberg School of Communication & USC School of Cinematic Arts

The event, which aims to educate attendees about the changing landscape of entertainment and technology, is co-directed by Denise Mann, co-head of the UCLA School of Theater, Film and Television’s Producers Program and professor in the Department of Film, Television and Digital Media, and Henry Jenkins, provost professor of communication, journalism, cinematic arts and education at USC.

This year’s conference, entitled “Transforming Hollywood 8: The Work of Art in the Age of Algorithmic Culture,” centers on the shift of tech companies that are completely operated online toward media and entertainment, and its implications.

The goal of the event is to promote education, critical thought and discussion about how algorithms are used to gather consumer preferences and recommend similar content. An algorithm is a program-based routine that collects and interprets data to solve a problem or present a solution such as a TV show recommendation based on user tendencies, said Rob Kramer, a panelist at the event.

Kramer is the co-founder and chief product officer of PurposeLab, a product studio that develops design ideas and software products to help build businesses. Entertainment companies need to expand their businesses to the internet to competitively sustain themselves in the long term, he said.

“We’re finding it an intellectual riddle to look at how Hollywood is going to adapt, if it’s going to be able to compete, or if a different set of mergers and acquisitions will occur that will change the media landscape as we go forward,” Mann said.

Panel One focuses on the creation of “snackable content,” or short-form web content designed for limited attention spans and multitasking in everyday life, Mann said. In particular, the panel highlights videos designed for digital platforms, like Tastemade and Twitch.

One panelist is Larry Fitzgibbon, the CEO and co-founder of Tastemade, a multichannel network that specializes in creating primarily bite-sized video content of food for digital platforms like Instagram, Snapchat and Facebook. Tastemade took the trend of posting aesthetic pictures of food on social media and extrapolated it into a short-form content business, Mann said.

Panel Two, moderated by Jenkins, will delve into the effects of big data collection and algorithms on the quality of news, he said. Essentially, fake news is amplified because of an algorithmic system that tracks the amount of views a link garners but doesn’t account for the reliability of information, Jenkins said. Additionally, fake news becomes profitable because of the catering of ads to users based on their tracked preferences and viewership, further circulating false information, Jenkins said.

“It’s very possible for something that’s crafted to hit an emotional hotspot – that’s designed to match the beliefs of a particular segment of the population – to suddenly become the most talked about news item at a given moment,” Jenkins said.

Panel Four, moderated by Neil Landau, associate director of screenwriting for television at UCLA’s School of Theater, Film and Television, will include a discussion of how streaming services such as Netflix and Hulu are providing unknown content creators with more opportunities to break into the entertainment business. But the streaming sites also collect data about consumers and create an overabundance of content that a single person could not feasibly consume, Landau said. In essence, streaming services track everything from the shows someone watches to the shoes they buy online, creating a database of their preferences to cater other TV and movie content to them.

“Netflix and Amazon – they not only know what you’re choosing to watch in a given moment, but they know everything about you,” Landau said.

James Fleury, a cinema and media studies doctoral student, is on a team with other doctoral students working on Havas Media Group’s 18 Hubs’ Digital Incubator and Think Tank. Led by Mann, it meets to discuss developments in the convergence between the tech and entertainment industries, he said. Fleury will be attending the Transforming Hollywood event and is familiar with the trade-off relationship between consumers and digital content platforms.

“(With tech entertainment platforms), you’re getting access to a lot of content, but that’s in exchange for permitting surveillance from the companies,” Fleury said. “So you’re sacrificing part of who you are, in a way, to get access. … It’s an interesting question – to what extent do people even care that they’re trading their information?”

The algorithm used by streaming networks to assess consumers’ interests helps them find a nearly guaranteed audience and monetary gain as a result, Landau said.

This algorithmic system contrasts greatly with the trial-and-error guessing game of broadcast networks that spend millions of dollars on pilots, many of which never make it on air and are beholden to advertising and ratings if they do, Landau said. Streaming services, in contrast, rely on subscriptions for revenue.

“Broadcast networks … would try to create a show that was something for everyone,” Landau said. “The big change in the digital television revolution is that niche is the new mainstream.”

Additionally, larger digital platforms such as Google, Apple, Facebook and Amazon are moving toward entertainment, using media as a lure to keep consumers on their platforms for longer stretches of time, Mann said.

For example, Amazon Studios is providing a flood of investment in the movie business, helping revive the market for independent film, Mann said. However, its media production is likely secondary to its core business of e-commerce, she added.

Mann said the question that remains is whether machine-driven algorithms are enough to drive audiences to discover content, or if there is a need for human curators to intervene in decision-making.

“As each of the tech platforms is moving to media and entertainment, it’s having a dramatic effect on the way we consume media,” Mann said. “Silicon Valley and Hollywood are competing for the same audience.”