A Taste for Adventure: Fertilized duck embryo, a Filipino delicacy that proves too much 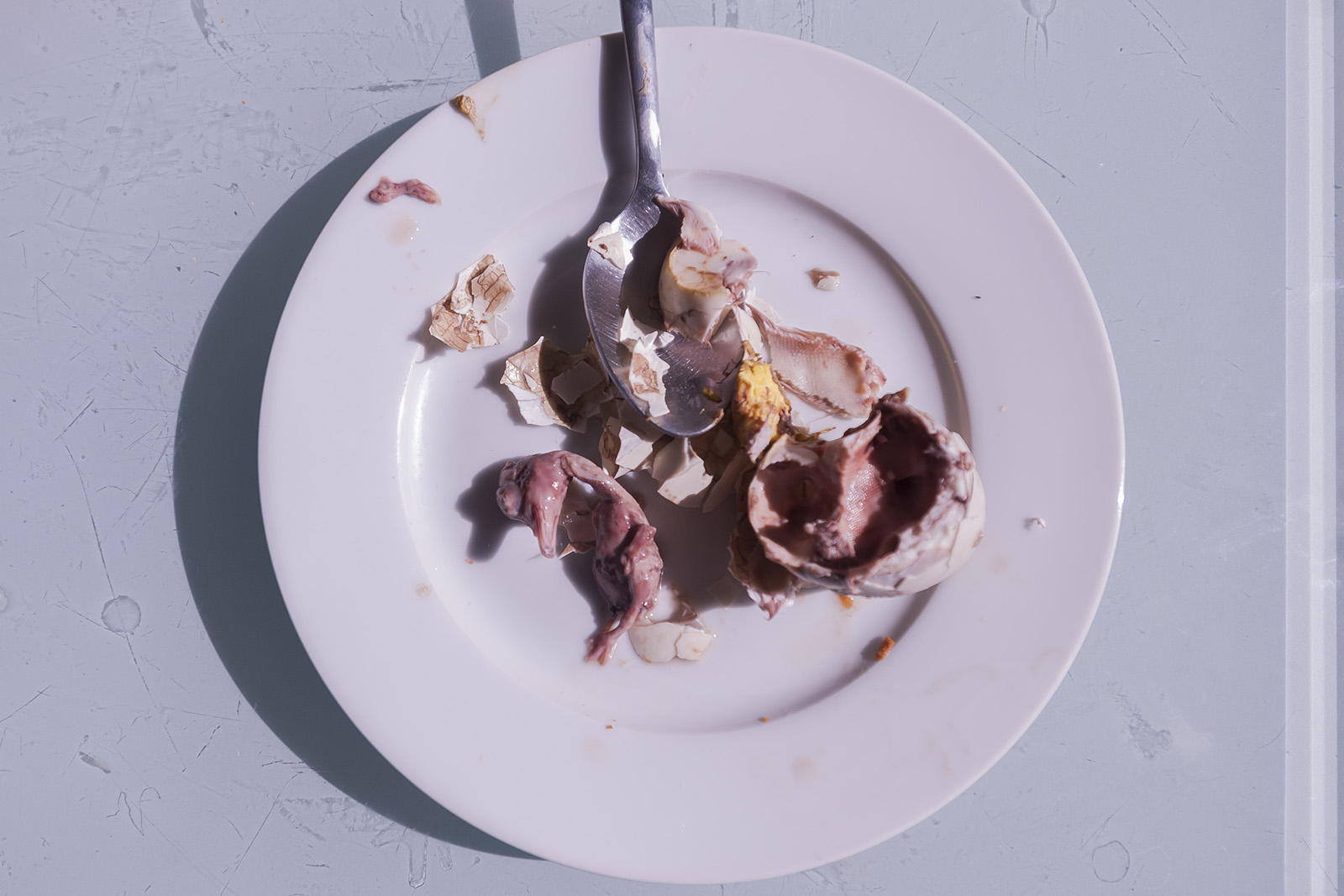 Daily Bruin columnist Matthew Fernandez cooked balut, a Filipino delicacy made from a fertilized duck egg. Crack the shell to eat the yolk and duck fetus, and the egg whites if you choose. (Esmeralda Lopez/Daily Bruin)

Eggs are one of the easiest and most versatile foods to cook. To paraphrase Samwise Gamgee’s comment about potatoes from “The Lord of the Rings”: You can boil them, fry them or stick them in a stew.

But I don’t think Gamgee made balut.

Balut, or fertilized duck egg, is a Filipino delicacy prized as an aphrodisiac and for its high protein content. The eggs are fertilized and the chicks inside develop for about 18 days before they are harvested.

I grew up around balut, and relatives would jokingly ask if I wanted some before hungrily slurping down the egg. I never wanted to try it, mainly because I always found the concept of eating an unhatched duck a little too extreme for my very vanilla eating habits. But this column is all about new experiences, and well, go big or go home.

On Wednesday, I brought some of my roommates, who at this point have accepted their participation in my foodie shenanigans, to the Seafood City supermarket in North Hills to pick up the balut. For $5 I bought a four-pack of uncooked fetal duck eggs which, according to the packaging, were grown in Pomona, California

The eggs sat in my fridge for two days before I finally had the courage and time to make them.

I’ve seen what balut looks like in the past. My parents ate it when we went to the Philippines to visit family and have also occasionally bought it stateside.

Preparing and eating balut is a multi-step process, which I learned from a quick Google search. I boiled the eggs for 20 minutes to cook them and kill any bacteria, then dunked them in cold water to prevent the heat from overcooking the eggs. Finally, I smacked the wide end of the egg with a spoon to break the shell and create a large hole, so that I could remove the membrane. Balut is usually seasoned with salt, vinegar or soy sauce, but I wanted the raw experience so I only added a little bit of salt.

The crown jewel, the one thing that sets balut apart from other egg dishes, is the duckling inside. Depending on the batch or variety of the balut, the fetal duck can either be newly formed or more mature, sometimes even beginning to form feathers. But in all cases, the eggs are harvested before the bones become too firm to eat.

My culinary experience with the balut started out relatively okay. When I cracked the egg open, I was immediately greeted by a strong eggy smell and a veiny membrane, which I had to peel off to get to the brown broth inside. The broth tasted like water infused with egg.

The amniotic fluid serves as a broth, which should be eaten before the rest of the dish. A word of warning: Be careful not to spill the fluid on yourself. I washed my hands five times and still couldn’t get rid of its intense, eggy smell.

Next came the yolk. I peeled back the shell to reveal a yellow mound crisscrossed with a network of veiny membrane. I’m not used to seeing my eggs have veins. The yolk is fine to eat, but the egg whites, while edible, are too rubbery and not usually consumed.

When I bit into the egg, I was met with contrasting textures and an intense yolky flavor. The veiny yolk had a wet, slimy membrane that was starkly different from the dry graininess of the inner yolk. The flavor was stronger than the yolks of chicken eggs, although whether that’s because the egg was more developed or because it was a duck egg, I’m not sure.

After I ate the yolk, I peeled back the rubbery white to reveal the fetal duck inside. I was hoping for a less developed chick in my egg that I could easily eat in one bite without too much thought, but no such luck. As I pulled the white apart, a pink duckling emerged, fully formed. The egg white had an imprint of its skin, and I noticed hints of feather forming around its neck. One of the duck’s eyes had started to fall out of its socket, so I had to stop and psych myself up before proceeding.

The first nibble I took was of the duck’s leg. The bones were beginning to form and gave it a slight crunch, like cartilage. The same was true for the wing. There wasn’t a lot of meat but I got an ambiguous fowl flavor, stronger than chicken or turkey, but not sweet or oily like matured ducks.

The next bite I took was of the torso. All of the bird’s innards were formed and I got a dry, grainy texture in my mouth, similar to fine sand. Unlike the two previous bites of duck, the organs had an unpleasant, bitter taste.

At this point, I couldn’t eat any more. I normally have a relatively strong stomach and although I only had three bites, that was more than enough balut for one lifetime.

Watching my parents eat balut from afar and actually trying it for myself was completely different. My parents and other Filipinos I know grew up with balut and love eating it, and I respect that. I just never plan on joining in on the feast.