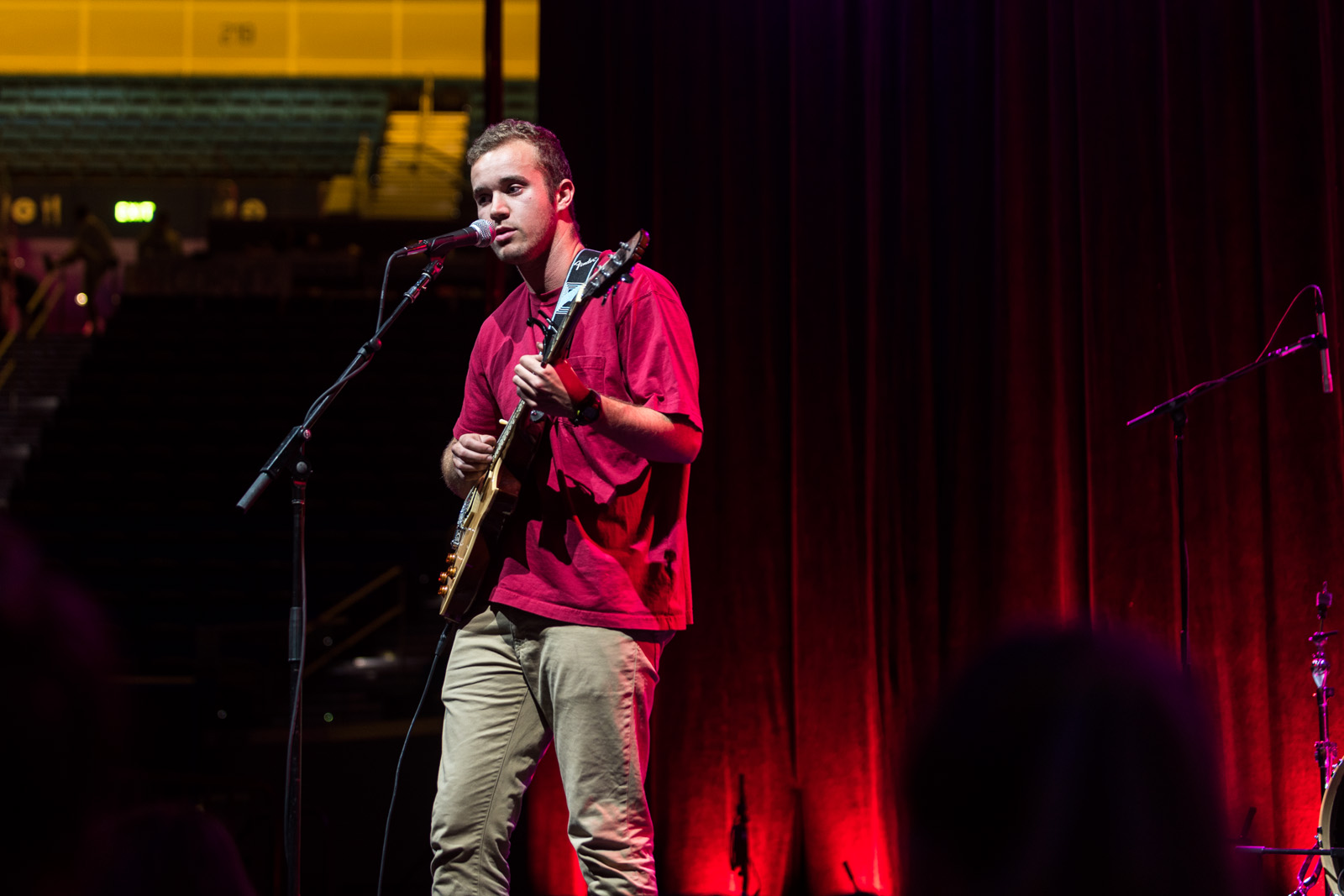 Several Pediatric AIDS Coalition at UCLA members showed off their own musical talents during the 19th hour of Dance Marathon.

Following the event’s vigil, which shared life stories of children and young adults affected by HIV, UCLA students and one ambassador entered the Pauley Pavilion stage to perform the Andra Day song “Rise Up.”

The stadium’s lights suddenly sprang on during the song’s first note, but began to darken as the empowering number progressed. Singers stood out against the white light in mismatched outfits including a straw hat, a blue onesie and a pair of pajama bottoms.

Fourth-year anthropology student and PAC leader Michael Sekerak organized the collection of singers, dancers and PAC members who performed. All of the students are part of on campus a cappella groups and are participating in Dance Marathon for the full 26 hours, Sekerak said.

The acoustic singers hailed from Medleys a Cappella, ScatterTones, Bruin Harmony, Resonance A Cappella, Signature A Cappella and Random Voices A Cappella.

Another PAC member shared calming music with the weary dancers at about 5:30 a.m. Fourth-year English student AJ Jaramaz, sporting a red shirt and khakis, performed a simple set with a microphone and guitar.

Students cheered and crowded the front of the stage when Jaramaz began a cover of “Dancing In The Dark” by Bruce Springsteen.

His second and final song was an original number called “Church,” which he said is about finding ways to navigate different relationships. The lyrics focused on a lover hiding him away when friends came around.

“You’ve got a plan to lift me up / Take me to church,” he crooned while he strummed his guitar.

Jaramaz first participated in Dance Marathon as a second-year student at UCLA and has been a member of PAC for the past two years.

“(Dance Marathon is) something that’s been really important to me as I’m finishing out my (fourth) year,” he said. “I really wanted to take part in an event that’s been such a big part of my life here at UCLA.”