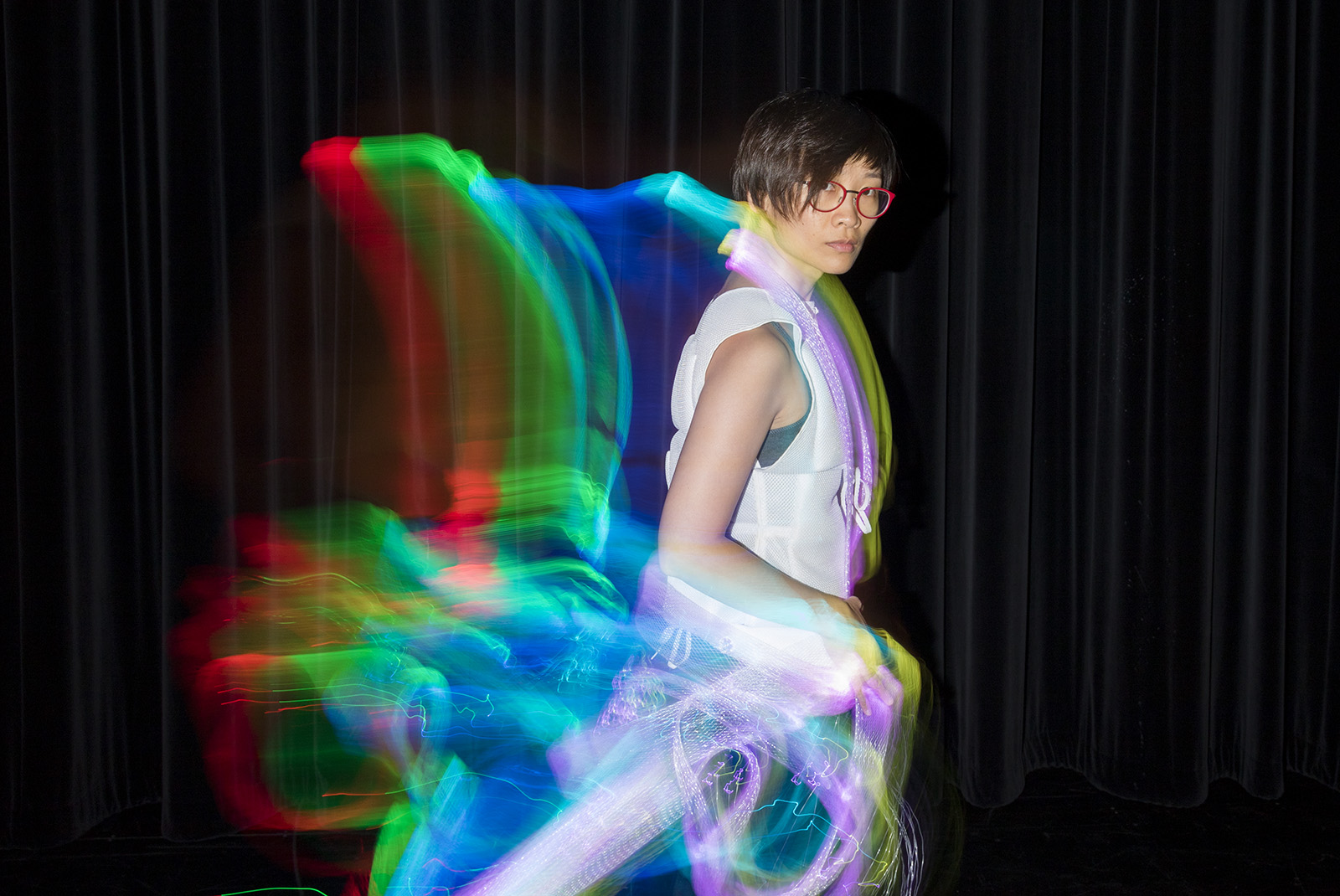 Jocelyn Ho’s latest piano performance is as much about the visuals as it is about the sound.

Ho takes center stage as she caresses the piano keys in a fluid motion, her dress illuminating the dim auditorium with a spectrum of colors.

A member of Young Steinway Artist and UCLA assistant professor of performance studies will perform the West Coast premiere of “Synaesthesia Playground” on Thursday at Schoenberg Hall. The concert production consists of six piano pieces that combine audio, video and interactive content, she said.

Born from a collaboration of 15 composers, fashion designers, visual artists and software engineers from around the world, “Synaesthesia Playground” enhances music and art through the intermingling of the five senses, Ho said.

The concert captures Ho’s vision for the future of classical music, which she believes will engage a young demographic with visually artistic and technological avant-garde ideas for how live music can be made into a full-body experience.

When Ho first premiered the piece in New York in 2016, the audience members participated by following instructions on the project’s website, which guided them through simple gestures such as shaking their mobile phone to emit a noise every time they felt their heartbeat or raising it when hearing a particular sound from the piano, Ho said.

The energy of the audience members’ shared participation resonated across the auditorium like waves in a stadium, said Spotify engineer Drew Petersen, who developed the mobile phone interaction program.

“People were dancing in their seats, making it into a sort of game,” Petersen said. “We wanted people to feel integral to the performance, communicating with each other and the performer even without talking.”

The mobile phone interaction piece is the final component of the six-piece program in the upcoming performance, which Ho said takes the audience through a journey of the body.

“When we talk about music we say, ‘The orchestra sounds warm’ or ‘That’s a piercing sound,’ like a sense of touch, a sense of temperature,” Ho said. “Music is not just compartmentalized into an auditory component – it’s a synthesis of all our senses.”

The sense of touch is the central focus for the first of the six pieces. Composer and multimedia artist Celeste Oram translated a 17th-century organ-turned-piano piece into a choreographed dance rendition, inspired by the piano piece but without the music.

Oram said she created a video that is projected onto the curved surface of the piano, which Ho interacts with by touching during the dance and exploring the dichotomy of its exterior surface and interior vibrating strings. The piano is imagined as a living organism, with the videos making the “skin” of the piano come alive and the strings acting as organs, Oram said.

The show’s second piece pertains to the theme of voice using playback interwoven with the sound of the piano. Voices of influential women like Malala Yousafzai and Sen. Elizabeth Warren speak to the audience with audio of their speeches addressing the feminist struggle.

The theme of spiritual ecstasy is explored in the third piece, concluding the first half of the performance with an audio playback created by composer Sidney Boquiren of church bells reverberating off the auditorium walls.

The Chinese word “sheng,” which translates to “life” in English, is the title of the last three pieces Ho arranged. Fiber-optic strands drape over her shoulders and interlace with a spacer mesh dress, along with a heartbeat sensor that determines the speed at which she plays the piano.

Hues of fluctuating gold, white, blue, purple and red will emanate from the fiber-optic strands in response to Ho’s breathing and movements. The dress helps captivate the audience members through electrifying visuals to make them feel enlivened in their own bodies, Ho said.

“The fiber-optic dress is the fabric of the internet, like our mobile phones are basically extensions of our bodies,” Ho said. “An impetus for this project is to get at what it means to be a human being today – to live with all these technologies that enrich our lives.”

Although the concert now flows effortlessly between pieces, Boquiren said it was all hands on deck when it came to preparation and handling logistics.

Boquiren, Oram and composer Anne-Sophie Andersen, who live on opposite coasts of the United States, held Skype meetings to discuss how their individual stylistically contrasting pieces would complement one another, Boquiren said.

“We’re composers from different generations, institutions and countries even,” Oram said. “There’s a wide stylistic variety on the program, which I think ends up making for a really rich project.”

Ho said working with artists who practice contrasting forms of art gives a broadened perspective on how music can be appealing to the different senses through overlapping disciplines such as sound and video.

Performing in conjunction with the audience is a form of improvisation, producing a new form of music that is unique with every performance, Ho said.

While she stills plays traditional compositions, Ho recognizes and embraces that music has diversified within the 21st century; she hopes to spark a renewed love of classical music by incorporating new multimedia innovations.

“You already know how to play Beethoven because there are recordings and somebody’s already played Haydn a million times,” Ho said. “But as a pianist who plays new music, I’m at the frontier of creating the legacy of these pieces.”