The Quad: Life as an average UCLA student 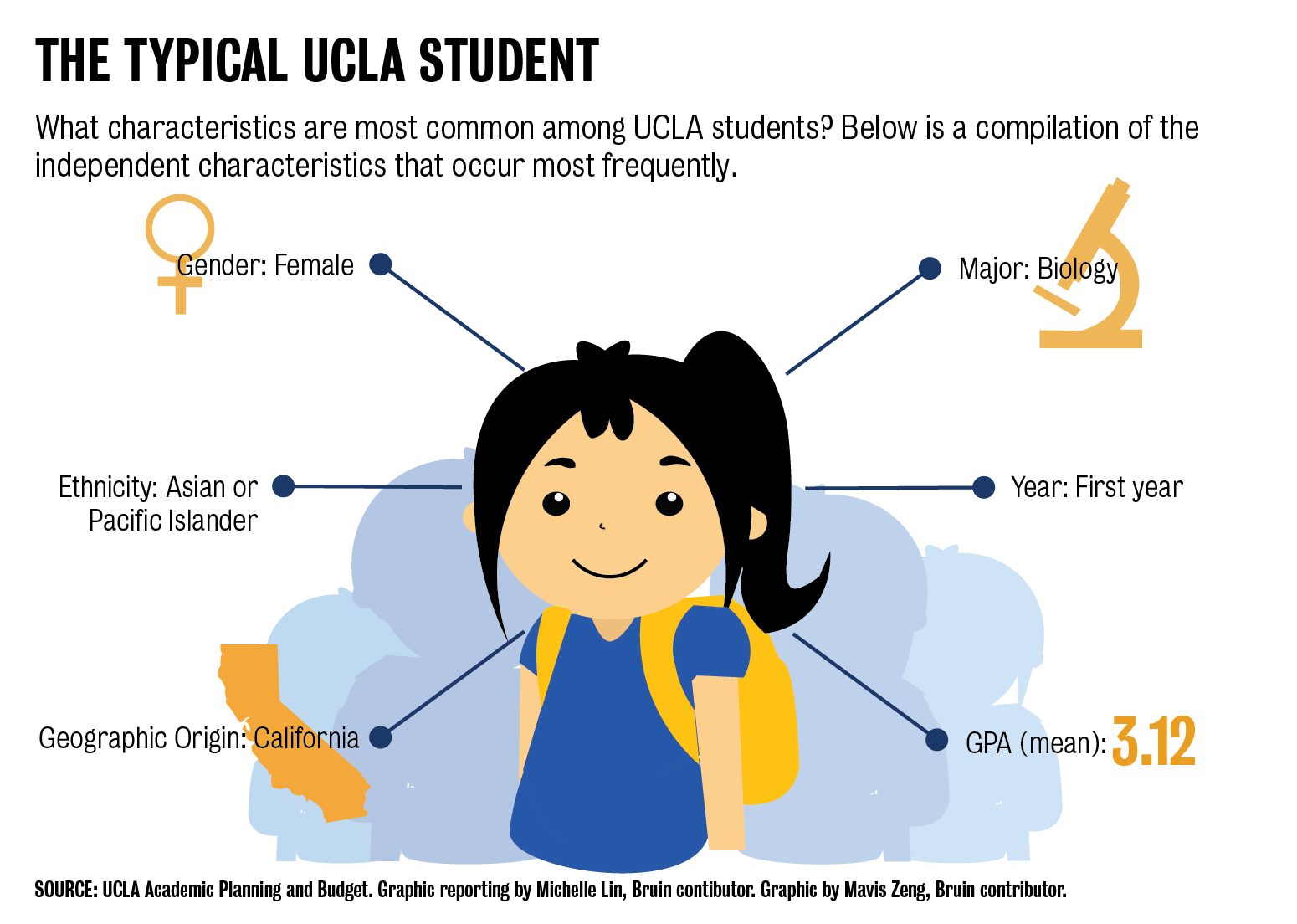 In a society that emphasizes and celebrates greatness, and with a new president that continuously brags about being the best, it’s hard to remember that there’s nothing wrong with being common and average.

The definition of average is “a typical amount, rate, degree; norm.” On the other hand, mode is defined as “the value that occurs most often.”

Thus, “average” literally means the most common, implying that in areas of comparison, most people would be categorized in the mode. One would then be led to believe that this word is a neutral descriptor. However, it often has a negative connotation. People usually don’t want to be seen as average and cringe at the thought. The average of a category, such as height or income, is viewed as an objective to surpass.

Typical people aren’t celebrated – one has to be special in some way to make a headline and garner recognition. Whether that means starting the Running Man Challenge, discovering the polio vaccine or being the world’s oldest person, you need to be special, accomplish something extraordinary or break a norm.

Before attending UCLA, students were probably used to being more than just typical in some way. Academically, I was in the top of my class in high school and I’m sure that many other UCLA students were too. However, my main goal now at UCLA is to score around the average midterm score. At first, it was slightly difficult to accept a different standard for myself, but being average at UCLA shouldn’t be seen as a bad thing.

By compiling the modes, or the most commonly occurring demographic out of a number of categories, and the mean for GPA, I created the typical UCLA student. How do you compare?

The next time you come across a statistic involving averages, don’t automatically dismiss it as a negative, but see it for what it is – the most typical and ordinary figure.