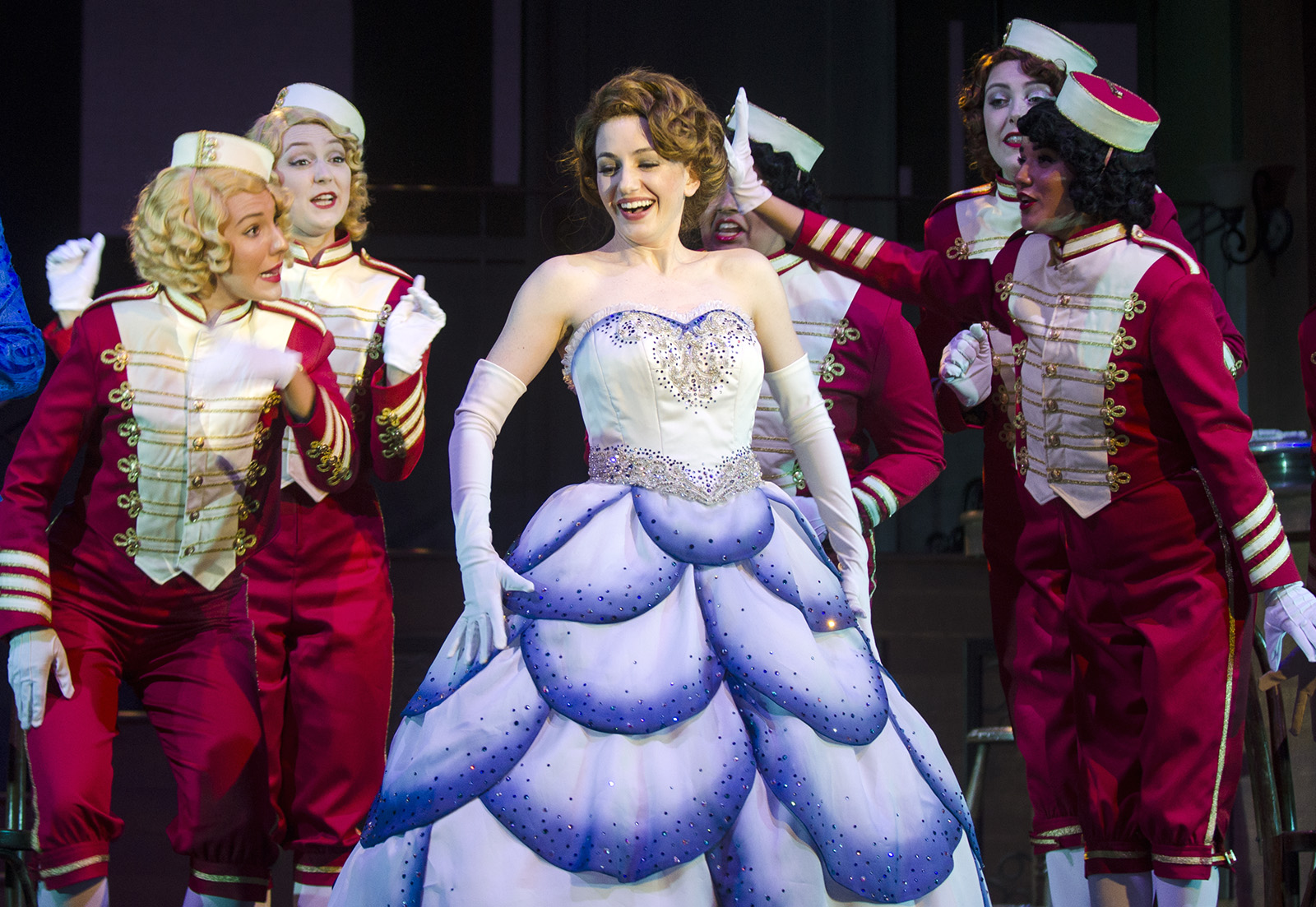 “Cendrillon,” the French translation of “Cinderella,” is an operatic retelling of Charles Perrault’s 1697 classic fairy tale, and will debut Friday at the Freud Playhouse. Opera UCLA and the UCLA theater department collaborated to put on the show, which they set in post-World War II France. (Esmeralda Lopez/Daily Bruin)

Opera UCLA set an enchanting princess fairy tale during a bleak time, when people were starving, freezing and struggling for food and clothing.

The opera version of Charles Perrault’s classic fairy tale, “Cendrillon” – the French translation of “Cinderella” – will be presented by Opera UCLA and UCLA’s theater department starting Friday at the Freud Playhouse, under the same title.

Peter Kazaras, director of opera at the Herb Alpert School of Music, said his goal was to bring historical realism to his operatic iteration of “Cendrillon.” He wanted to illuminate truths to the student performers and audiences about a post-World War II Paris, where people were suffering from bitterly cold conditions and struggling to acclimate after the events of the war.

Kazaras challenged his UCLA student performers to consider what life would have been like during the 1940s.

Though the production is a modernization of the storyline, it preserves the feeling of the fairy tale, keeping the basic element of an unfortunate girl falling in love with a higher-status prince, said Meagan Martin, an alumna who plays the mezzo-soprano lead, Cendrillon, in the opera.

“Peter (Kazaras) manages to stay true to the spirit of the original story even though it’s a different take,” Martin said.

The operatic performance helps bring Kazaras’ take on the story to life, Martin said, since singing helps her express more than theatrical versions have captured, such as the feelings of falling in love and the transformation of a girl into a woman.

“As a little girl, I’d watch the fairy tale, but for me, opera takes (the story) to that heightened level where you experience the emotion on a deeper level,” Martin said. “It still conveys the innocence of the story but touches you in a way that is relatable for people with more life experience.”

The opera is performed entirely in French, adhering to both Perrault’s original tale and Jules Massenet’s operatic production in 1899. The cast of 34 Bruins spent five months obtaining a grasp of the language and perfecting pronunciations, ensuring the production maintained authenticity.

Precision with the French language is crucial to capturing the way people communicated in the era in which the opera is set, said Emily Kerrigan, a fourth-year vocal performance student who plays the role of one of the Fairy Godmother’s spirits. Although the cast has been practicing the language for over five months, cast members still get notes from instructors at every rehearsal on specific vowels and words that need to be refined.

Capturing rich body language and facial expression is just as important as accuracy in pronunciation, said Jordan Clark, a fourth-year vocal performance student who plays one of the courtiers, Le Doyen de la Faculté, in the production.

One of Clark’s favorite scenes in the show is when Cendrillon makes her transformation with the Fairy Godmother. In this moment, the character’s dreams of having a life away from hard labor become a reality. Cendrillon’s gradual smile conveys the relief she feels after the Fairy Godmother comes to help her, he said.

“(Kazaras) works so intimately with each one of us and our expressions and the intent,” Clark said.

The costumes of the show also help capture the setting of post-World War II France, a time when Christian Dior had just debuted the “New Look” design as a rejection of the frugal practices during wartime, Kazaras said.

For the “New Look,” Dior used 20 yards of luxury fabric in his designs, which was considered an extravagant amount during the postwar economic struggle. The designs often involved a full hoop skirt falling below mid-calf length – this is also the type of dress found in the costumes of “Cendrillon.”

With “Cendrillon,” Kazaras wanted to weave elements of the rejuvenated French fashion industry with the enchantment of the costumes that were presented in the 1950 animated Disney movie representation of “Cinderella.”

“’Cinderella’ itself requires a certain amount of drabness which then turns into glamour, and it also requires magic,” Kazaras said. “So in our particular version, the glamour is supplied by the French fashion industry, and the magic is supplied by the movie.”

Kerrigan said performing in “Cendrillon” has been more beneficial than taking a history class. While taking a class only provides a certain extent of knowledge about what life was like in different time periods, through “Cendrillon,” both the audience and the student performers get a more tangible experience of life during the 1940s.

“Any time you take a classic fairy tale the public knows so well and you’re able to mirror it in a different era, that is a whole different type of magic,” Kerrigan said.