Students to perform ‘Lips’ in fresh spin on ‘The Vagina Monologues’ 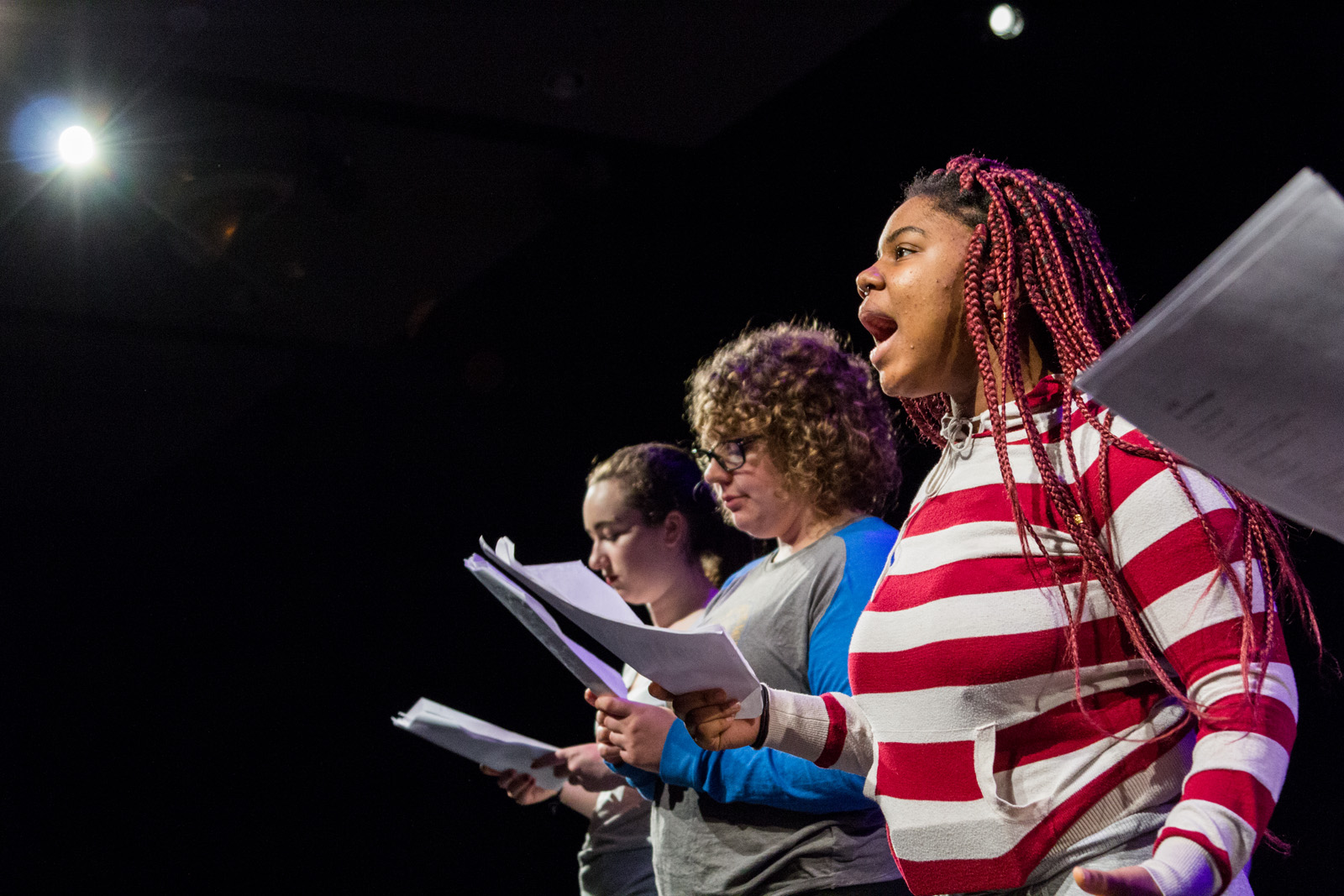 Eighteen women will be performing monologues in “Lips,” a production written, directed and performed by UCLA students and alumnae opening Friday in the Northwest Campus Auditorium. (Amy Dixon/Daily Bruin)

Vivi Le has written love letters to every crush she’s ever had. The letters detailed the deep color of her crushes’ eyes or the beauty of their smiles, compliments Le thought should never be left unsaid.

In her monologue, “The Most Beautiful Day of My Life,” the second-year theater student will write a love letter to her parents, discussing what it means to be a daughter of immigrants.

Le and 17 other students will be performing monologues in “Lips,” a production written, directed and performed by UCLA students and alumnae opening Friday in the Northwest Campus Auditorium. All of the monologues were written by UCLA students who will either perform their own work or have their writing presented by other student actors. “Lips” will provide a fresh perspective on womanhood by opening the stage to new voices and perspectives, breaking free from past performances of “The Vagina Monologues” that typically take place on campus.

In previous productions of “The Vagina Monologues,” author Eve Ensler interviewed students and wrote monologues based on their stories. However, each monologue in “Lips” has its own voice and feels more specific to the UCLA community, said the show’s creative director, Mackenzie Robinson.

[Related: ‘The Vagina Monologues’ aim to provide empowerment through art]

The show’s title stands as a symbol that all stories are communicated through the mouth. “Lips” holds true to its name, as it strings together the stories of UCLA students who come from different backgrounds, beliefs and sexual orientations. The women of “Lips” seek to challenge what it means to be a woman in modern America by expanding on the definition of womanhood, Robinson said. The production includes the cast’s personal experiences as daughters, lovers and friends.

Robinson, a second-year undeclared student, became involved with the production through her participation in “The Vagina Monologues” during her first year at UCLA. While the act of performing was inspiring, the script itself seemed outdated because it was written in 1996, Robinson said.

Her experience in “The Vagina Monologues” led her to take a more creative role in the reimagining of the script for “Lips,” she said.

“It just felt like an older woman was saying it,” Robinson said. “Whereas reading this new script, it’s the voices of college-aged students and young people who have very common experiences, but at the same time (ones that are) very unique to themselves.”

The application for authorship in the production asked her to reflect on a defining moment in her womanhood, Sharpe said.

After some personal reflection, Sharpe found that the conflict between weight and sexuality was a topic that had always made her uncomfortable and self-conscious. The fear that came with discussing her weight shaped Sharpe’s image of herself as woman, she said.

Discomfort with one’s body image is familiar to many students, Sharpe said.

“I wanted to write about my experiences with it for anybody who was having similar thoughts or conflict,” Sharpe said. “I wanted them to be able to hear a voice who has, if not the same issues and experiences, very similar ones.”

In her monologue “The Fat’s Out of the Bag,” Sharpe vocalizes her thoughts on weight and sexuality. A year ago, Sharpe would never have discussed the topic of weight with her closest friends, let alone an entire audience, she said. Among the attendees will be some of Sharpe’s friends and family who have never heard her discuss the internal conflict she had with weight in her womanhood, Sharpe said.

Sharpe’s courage to write and perform the monologue came from her experience as a New Student Advisor at UCLA. Through the organization, she met her closest friends and joined a community that shaped her into the woman she is today, she said. It was a humanizing experience that gave her the comfort to open up to people, Sharpe said.

Fourth-year gender studies student Alex Atienzo wrote their monologue, “For the Chingonas,” to discuss how strength in womanhood is sometimes considered a weakness in Latin American culture.

Atienzo’s greatest influence was their family, as they grew up a first-generation American in a predominantly white neighborhood in Santa Monica. Their entire life, they had heard the word “chingona” used primarily in a negative way to reference women who were harsh and strong. The term is one that labels women as nuisances and inconvenient, Atienzo said.

“I wanted to really reclaim being this woman who is loud and rash and is not always convenient for people,” Atienzo said.

The “chingona” in Atienzo emerged when they were enduring the emotional distress of an abusive relationship, they said. Their “chingona” was an inner voice that helped them to pinpoint the source of their emotional pain. They found the courage to leave the relationship by listening to the qualities of strength and power that had previously been shamed in their life, Atienzo said.

Atienzo applied to be a writer for “Lips” in an effort to share their story with the UCLA community, they said. They encourage women to embrace their inner “chingona,” especially in communities and cultures that attempt to silence that strength.

Le also wanted to celebrate her background through her writing, she said. When she interviewed to be a writer for “Lips,” she knew immediately that she would write about her parents and about how proud she is to be their daughter.

Le’s parents immigrated to the United States from Asian countries. When they met, they did not even speak the same language, but through the shared immigrant experience of learning a new language and working seven days a week, they found love.

Writing the monologue proved to be a difficult process for Le. After months of procrastination, she finally forced herself to start writing, only to find that her work resembled something written by a playwright and not her, Le said.

“Instead, I just went back to diary entries that I had previously written for other classes or for myself, and I realized I already have a monologue,” Le said.

Le’s monologue, which she will also perform, speaks specifically about the day that she realized her parents loved her. She came to this conclusion after writing an entry in her diary about the struggles that her parents faced as immigrants, she said.

Le has always had difficulty expressing her love for her parents, whereas affection towards friends and even strangers comes easily to her. The silent love that she and her parents share is typical for families that celebrate Asian culture, Le said.

Le’s monologue brings perspective to a different kind of love, one that is quiet but genuine. While her parents rarely pronounce their love verbally, she discusses their immigrant struggle and how every hardship her parents endured speaks to their unconditional love for her, she said.

The cast members, writers and directors of “Lips” form a diverse group of students that represent the state of feminism and womanhood in modern America, Robinson said. They expand the definition of womanhood by letting students of all races, backgrounds and sexual orientations share their personal stories.

Homework helper/driver needed for a 9th and 11th grader to stay organized and on track in all subjects, but especially math & science. Competitive pay and flexible hours, Mon.-Fri. b/w 3-7 pm in Brentwood. Help with school pick up at 2:50 pm is a plus, but not required. Contact Julie at psychme[email protected]