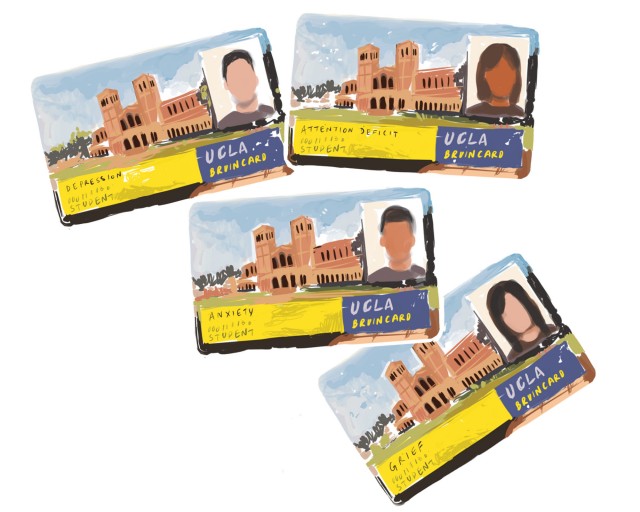 College may very well be the best four years of a person’s life, but reports show that college students are more stressed out nowadays than they have ever been before. This stress creates a breeding ground for mental health ailments, with approximately 37 percent of college students having depression, anxiety or stress. In recognition of this so-called epidemic, Daily Bruin blogger Appurva Goel will be delving into this phenomenon and investigating the major issues and stigmas that affect the mental health of college students, as well as recapping what resources UCLA students can seek out for help.

Social media is omnipresent in the technology-dependent 21st century. Unlike generations past, we now have the ability to (over)express our feelings, ideas and opinions whenever, wherever. This soapbox-esque quality of social media makes it the perfect platform to promote movements. In fact, social media has started movements such as the Arab Spring and Occupy Wall Street.

However, while being a successful platform for a lot of causes, social media sometimes misses the mark with the destigmatization of mental illnesses. While some attempts to destigmatize mental illness have been successful, in some cases this isn’t true. Instead, it has promoted the notion that suffering from mental illness is glamorous.

This glamorization is often associated with the “soft grunge” side of social media – rife with aesthetic pictures of beautiful crying girls, cigarette packets with Post-its stuck on them and tragic phrases that appeal directly to the viewer.

But mental illnesses are anything but romantic. They are real, tangible issues that people struggle with every single day. For example, depression is the No. 1 cause of college dropout. Suicide from mental illnesses is the 10th leading cause of death in the U.S.

But this romanticization has become more potent and dangerous over social media because of this platform’s ability to give rise to a user’s personalized information bubble, or, to put it simply, social media filters.

These filters feed the human tendency to gravitate toward ideas that echo our own. By basing our feeds on content that we’ve already seen and perhaps liked, a feedback loop is created that is difficult to break out of. This is the main reason depictions of mental illness through social media has the potential to be toxic.

Take Pinterest for example. Pinterest’s algorithm generates new links on our feed to “pin,” based on our previous pins. So if you were to pin a picture of a pair of arms with cuts on them, Pinterest would find similar pictures for you to like – thus flooding your feed with posts revolving around the same content.

It’s quite easy to curate your news feed, whether intentionally or unintentionally, in a particular direction. Sometimes that direction regurgitates potentially toxic ideas – like the notion that depression is attractive.

Repetition has always been a powerful persuader – especially when it’s packaged in a variety of ways. Moreover, because social filters can essentially project isolated ideas into your feed, this romanticization is not just repetitive but also makes it seem ubiquitous. Eventually, any idea presented in this manner will seem normal, even acceptable, because people will be constantly exposed to it everywhere.

After all, that is why “traditional” gender roles – nothing but the construction of a patriarchal society – seem “natural.”

But to some extent we want to believe the messages these posts are projecting, messages which are essentially the same: having a mental illness will make you more interesting, loved or noticed. Social media, advertently or inadvertently, sells mental illnesses as an easy way to gain acceptance.

This directly appeals to social media’s largest demographic: teenagers and young adults. This period of life is fraught with instability. We are all trying to find our place in this world. It is this fear of not fitting in that the above message appeals to – trying to tempt us with the tantalizing notion that we can gain ready acceptance through the “easy” route of developing a mental illness.

As young adults, we college students also belong to this demographic. College is a rollercoaster – you might be crying over homesickness, or the 60 percent you got on your homework at 8 p.m. and then be having the time of your life at 1 a.m. down on frat row.

These mood swings make college students vulnerable because while they may be temporary, a certain social media post at the wrong time may only facilitate a downward turn in mental health that turns these temporary swings to something more permanent.

But there is still hope. Social media is starting to realize this “dark” side and is taking preventive measures to fix it. Tumblr, once a cornucopia of posts that idolized mental illnesses, will now direct you to this page if you type in trigger words like “depression” or “self-harm.”

This progress may be frustratingly slow and fraught with legal complications – it took two weeks for Facebook to take down a suicide video of a 12-year-old girl – but’s it’s coming along.

However, the main force that can stop this glamorization is us. Social media feeds are personalized and hence tailor-made according to our tastes. Any post in our feed appears there solely because someone we decided to befriend or follow posted it or because we liked a similar post.

Social media, contrary to popular belief, doesn’t control us. We control it.

So next time you want to repost another grayscale picture of a beautiful model crying with a sad caption, just stop. Think of who might see it. Post a cliched quote that has already surfaced on your feed twice today or a picture of a cat asking for a burger in broken English. Post anything but a picture that might push someone off the edge.