The Quad: Student activism against Piterberg demonstrates power of action 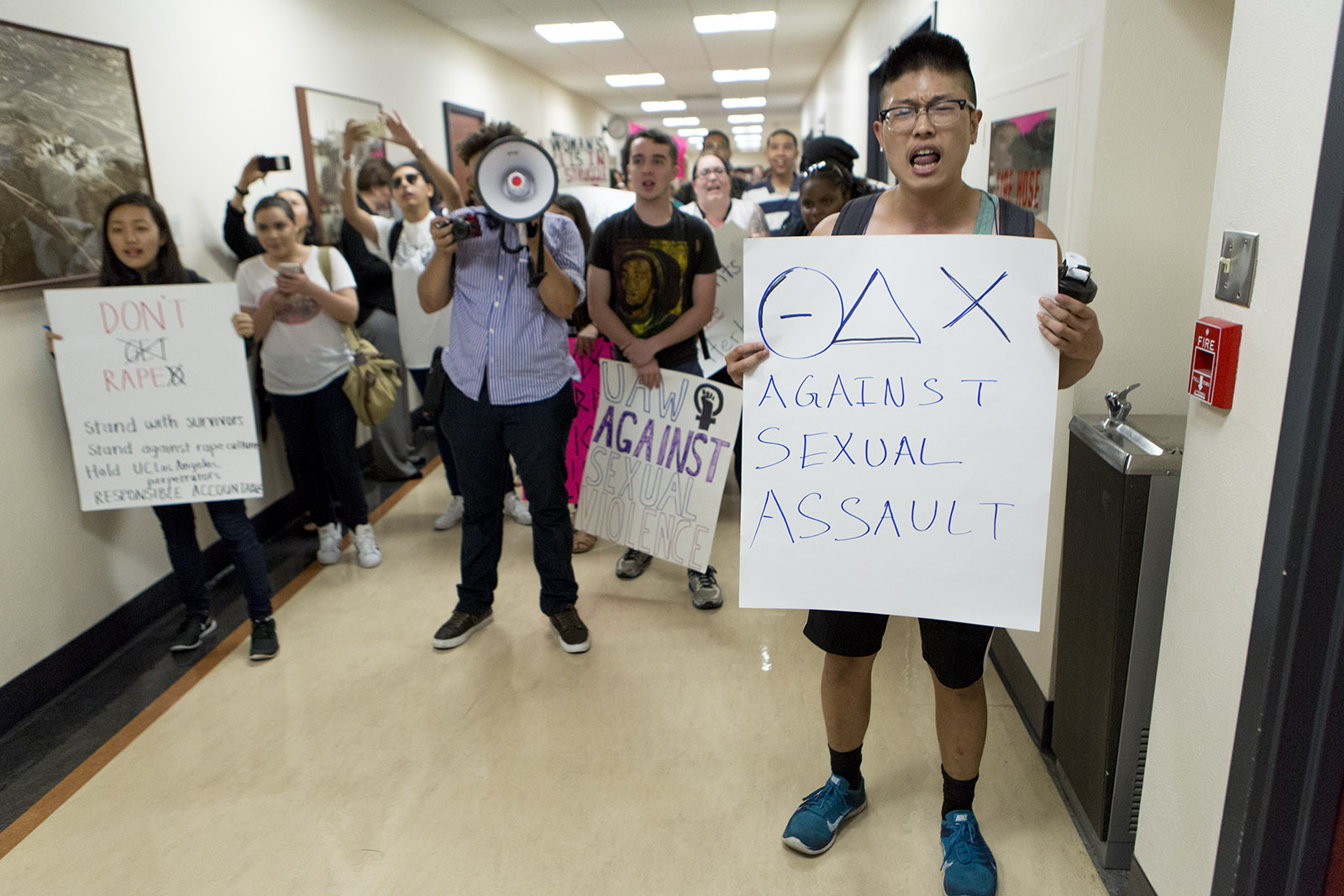 It’s Saturday of first week and I’m lying in bed, basking in the warmth of my space heater as I evade responsibility for one more hour. I open Facebook and peruse through the status updates and memes in front of me, most of them relating to social activism and reactionary outbursts regarding “political correctness.”

Don’t get me wrong, I’m not trying to hate on free speech. Your opinion is yours alone, and you have the power to do whatever you wish with it. If you feel strongly about an issue then by all means, publicize your thoughts and maybe even engage in an educational argument or two.

However, if you shy away at the thought of moving past your computer to bring about change, you may need to re-evaluate your decisions. Recently, I’m proud to say I’ve seen anger and frustration through conversations I’ve had with my peers regarding professor Gabriel Piterberg, who sexually harassed two graduate students and yet continues to maintain his post at UCLA.

Donned with posters reading “Good Morning Sexual Harasser” and other messages for professor Piterberg, members of the Bruin Consent Coalition and Bruins Against Sexual Harassment stood outside Piterberg’s 8 a.m. class on Jan. 9 in protest. The class was eventually cancelled, and students rejoiced over the small yet powerful victory.

Members of BCC and BASH also took to Facebook to voice their thoughts on the issue, and claimed that they would repeat this same action every Monday and Wednesday until Piterberg was fired. Getting up for an 8 a.m. class is hard enough as it is, but getting up for an 8 a.m. and walking all the way to Royce for a class that you’re not even enrolled in? The claim seemed too good to be true, and I wondered whether BCC was unintentionally participating in armchair activism.

Armchair activism, also referred to as “slacktivism,” is that rainbow filter on your Facebook profile picture and the #PrayForParis tweet you carefully crafted at 2 a.m. It’s rooted in the angry status you posted on Facebook about Donald Trump’s win and brought to life by your distaste of the protests carried out by UCLA students on election night.

According to the Washington Post, “These activities pose a minimal cost to participants; one click on Facebook or retweet on Twitter and the slacktivist can feel that he or she has helped to support the cause.” Armchair activism often creeps up in your everyday social media interactions, and more often than not goes unnoticed by you.

“We won’t go protest every single one of the classes, mainly because the lawsuit was settled,” she said. “We have no legal ground to fire Piterberg, but we wanted to inform the students in case they didn’t know.”

Hajee also added that BCC regularly takes various steps to ensure that it does not accidentally engage in armchair activism.

“The fact that we’re out there protesting and working with (the administration) shows that we are doing the exact opposite. We mainly use media to keep creating awareness but it’s not the only thing we’re doing,” she said.

Working alongside with BASH, BCC is speaking with administrators such as the Title IX coordinators, Dean of the UCLA College’s Division of Social Sciences Laura Gomez and Vice Chancellor for Equity, Diversity and Inclusion Jerry Kang. Student safety is a priority of BCC and BASH, who want to ensure that student activists don’t become burnt out for a cause that is the job of the administration to address.

So how does one determine how effective someone’s activism really is? There doesn’t seem to be a rubric that can help assess a student protest or boycott. Armchair activism is one side of the discussion, but it’s also equally as important to address the fact that some people question whether or not these activists’ efforts are half-hearted or if they go far enough.

But I think that’s the wrong question to ask when it comes to student activism. After all, it is students we’re talking about. Students’ lives are complicated enough as it is, and the struggle to not crumble under the pressure of juggling college and other responsibilities is enough to drain them of their energy. There’s barely enough time and willpower left for students to care about issues on campus and actually take action. That’s why we need to stop pointing fingers and instead learn to appreciate their courage and determination.

Student activism has a long history, especially since young adults are often the forerunners of progressive change. Take, for example, University of California Berkeley’s prominent role in the world of student activism. From its “Free Speech Movement” in 1964 to its peaceful protest on inauguration day, UC Berkeley’s students have a reputation of staying engaged in their community’s issues. This mindset is also frequently seen abroad in countries like France. This May, protests over a labor reform bill caused students to spill onto the streets in protest and 115 schools to close down.

At our institution alone, students are getting worn out by the mental stamina that activism is requiring of them. Student activists work towards creating a safer and healthier environment for us, so that incidents like this one involving Piterberg don’t happen again.

We as students of a world-class institution should be expected to mobilize and fight for what we believe in. I encourage my fellow Bruins to think back to this the next time you choose to question the effectiveness of protest or choose a social media outlet as your only form of expression. Words are powerful, but at the end of the day, actions do speak louder than words.