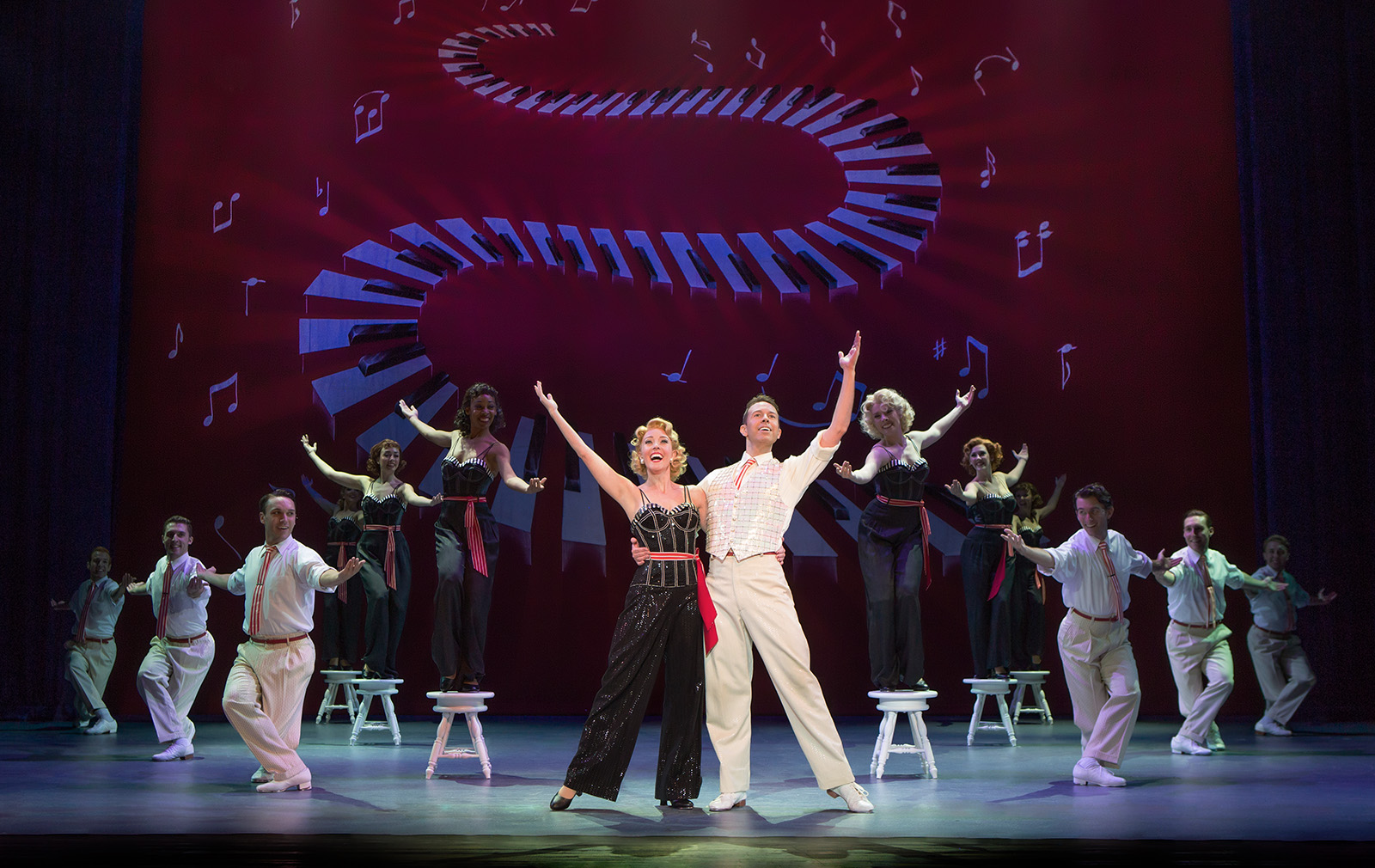 “White Christmas,” based on the 1954 musical of the same name, follows the story of army buddies-turned-music recording stars who fall in love with a pair of singing sisters. (​​Courtesy of Hollywood Pantages Theater)

“White Christmas,” which opened Tuesday at the Pantages Theater and runs until Sunday, revels in the classic song and dance of 1950s Broadway musicals, providing a lighthearted way to ring in the holiday season.

The musical follows army buddies-turned-music recording stars Bob Wallace (Sean Montgomery) and Phil Davis (Jeremy Benton) as they discover and fall in love with sister singers Betty (Kerry Conte) and Judy Haynes (Kelly Sheehan) in New York. When the former soldiers discover that the failing inn where the sisters are performing is owned by their former general, the four singers decide to hold a benefit show to save the inn.

Based on a 1954 movie of the same name, “White Christmas” captures the joy and flair of a 1950s musical and translates it into a live performance, thanks especially to its extensive tap dancing and large ensemble dance numbers. The choreography is visually appealing and familiar to fans of early Hollywood musicals, with the dances featuring fast movements and intricate ensemble moments. The numbers were crisply executed by the main actors and the ensemble with no noticeable mistakes.

The chemistry between the actors feels cohesive and believable: Montgomery and Benton complement each others’ respective serious and goofball demeanors and recapture a dynamic reminiscent of Gene Kelly and Donald O’Connor in “Singin’ in the Rain.” Conte and Sheehan, likewise, play off each others’ personalities so well that they could actually be sisters and seem to understand each other on a level that exceeds the realm of the show.

The jazz-inspired music ties together the musical’s mood and period setting. With the exception of Bob’s tender lullaby “Count Your Blessings Instead of Sheep” and Betty’s lamenting “You Didn’t Do Right By Me / How Deep Is the Ocean,” the songs carry a lively energy that almost inspires the audience to get up and dance along with them.

Although ostensibly a musical about Christmas, there are only three songs that touch upon wintery topics, and the title number is the only recognizable carol. The show’s title causes audiences to believe the music will focus on Christmas, which is a little misleading.

However, the track list advances the story and can appeal to a wide audience, including those who might not celebrate Christmas. Winter is only peripherally related to the events of the story and almost seems like an afterthought. Although initially disappointing, deviating from traditional holiday standards is ultimately a stronger choice than promoting commercialized or overplayed Christmas songs.

The show’s most enjoyable songs and dances, in fact, are not even related to Christmas, including “Blue Skies” and “I Love a Piano,” two pieces rehearsed for the benefit concert. Montgomery’s crooning voice and the ringing of the horns in “Blue Skies” recapture the popular big-band musical aesthetic. “I Love A Piano” plays out a lighthearted duet between lovebirds Phil and Judy featuring fast, creative and silly tap dancing moves across the keys of a piano.

Although the show seemingly hints at a buildup to a grand finale of the benefit show scene, the payoff doesn’t come, and the climax culminates in a letdown of a reprise of “White Christmas,” albeit with a somewhat-fancier set design. The quick comedy in the dialogue and beautiful choreography persist throughout the show, but the music in second half suffered from a lack of originality and were not as engaging as in the first half.

“White Christmas” is an energetic way to kick off the holiday season. Its fast energy and unbridled nostalgia in musical culture is at the heart of its appeal, and its limited attention to the Christmas theme makes it enjoyable even for those who don’t celebrate the holiday.