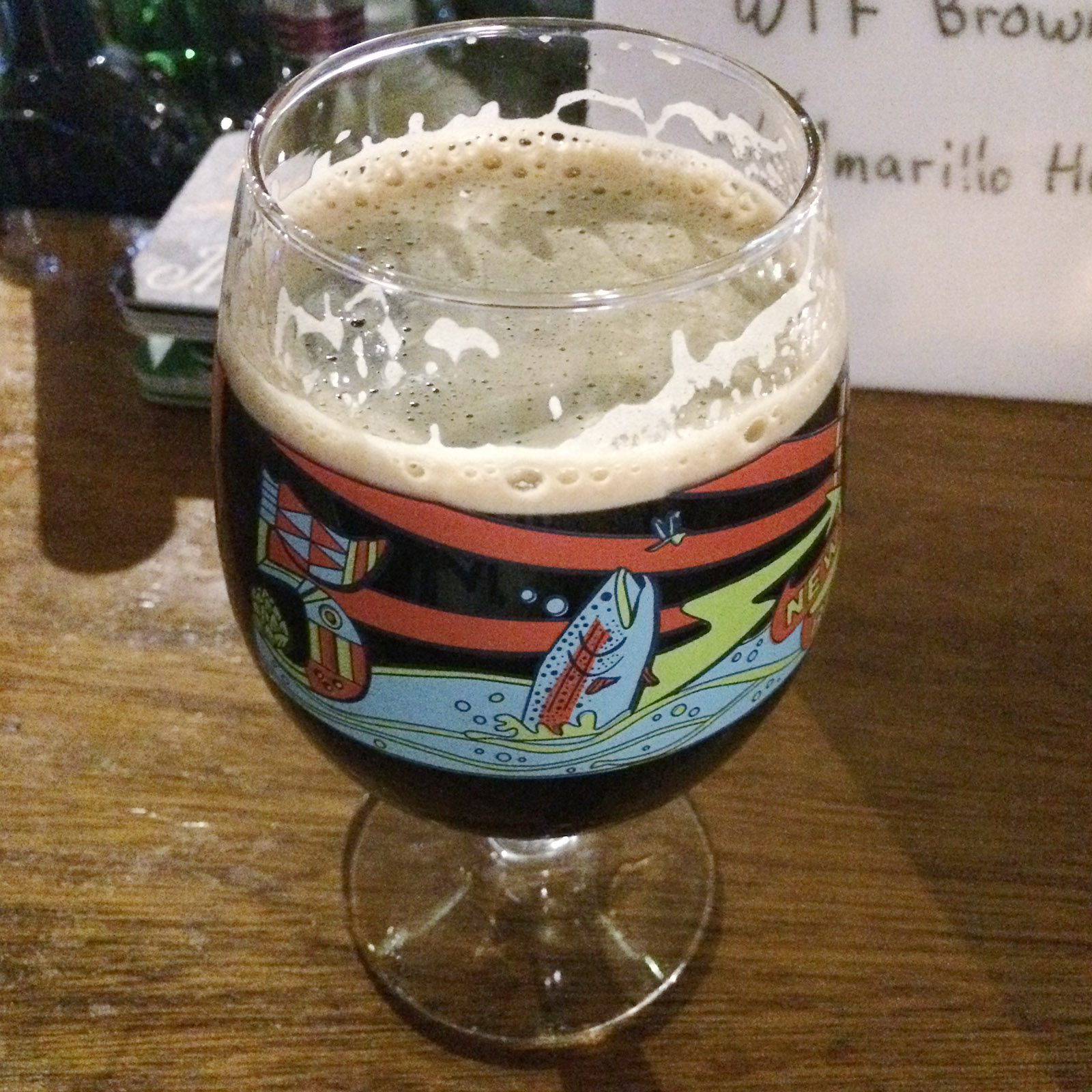 Pulling a pint is quick, simple and artful. Just lower the large lever and a delicious golden, grainy liquid comes flowing out. No need for any fancy shaking or small cocktail umbrellas.

After the dizzying heights of last week’s rooftop bar, Erin and I decided to take the plunge and head to a dive bar in search of a hearty pint. I opted for some sand-colored chinos and a pink shirt, adding what I thought was a dash of flair to my otherwise unremarkable outfit.

Erin went for the rock-chick look, sporting a T-shirt emblazoned with a band no one has ever heard of and some olive denim trousers. She texted her friend to confirm her cuteness; he replied affirmatively.

We set out for The Daily Pint brimming with excitement.

Erin: You know it’s been a while since I’ve just had beer to drink. It’s going to be great.

Will: I’m expecting a lot from this place – I feel like the fact I’m British qualifies me as an eminent beer critic; just our reputation I guess.

From the outside, The Daily Pint didn’t look like much. In fact, it looked worse than that.

The windows were dark and uninviting, the black door could have done with a lick of paint and there was no bouncer outside to signal that this was indeed a bar and not a drug den.

Erin: Is that it?

As we entered, our fears were wiped away. To the left I saw a room with two large pool tables and to the right, a bar crammed full of patrons. The thwack of pool balls and cheers from the tables mixed with clinking pints and the hum of conversation.

We walked around to the bar and were greeted by a wall of curvaceous bottles containing amber-colored liquid, which glinted invitingly in the low lighting. It was a whiskey apothecary behind the barmen and a fence of beer taps in front of them.

A large chalkboard beer menu boasted over 20 brews, and Erin and I decided, purely in the interests of the column and our readers, to investigate as many of them as possible. Erin started with a winter-spiced mocha stout with toasted coconut and bourbon oak, a dark and swirling drink with a powerful coffee flavor. My double India pale ale with blonde roasted coffee and Spanish cedar was more subtle and fizzed more, but they were both delicious. We tried six different pints and at $9 each, we agreed the bar provided good value for money.

As we were ordering our second round, Erin noticed that “The Lord of the Rings: The Fellowship of the Ring” started to play on three television screens around the bar. It’s fair to say this caused a minor frisson of excitement from my drinking buddy. She squeezed my arm so hard I thought I was about to donate blood.

Erin: Oh my God they’re playing “The Lord of the Rings,” I recognize the font!

Unfortunately for me, “The Lord of the Rings” happens to be quite a long film, but in between Erin chatting to the ponytailed barman – it turned out he did quite a good Gollum impression – we managed to get a couple more rounds of pints in. This meant we both needed to check out the restrooms.

The single, small men’s restroom had a sink, urinal and toilet at a right angle to each other but no lock on the door.

Another man came in and sat down on the toilet as I was standing at the urinal mere inches from him. Maybe it’s my British sensibility, but I felt a line was crossed when his hairy leg brushed against mine as he sat down. I washed my hands, made a swift exit and tried to put this brush with a stranger behind me.

But, after I thought about it, my cosy restroom encounter was precisely what was great about The Daily Pint. It’s the kind of place where bargoers can come and relax for an intimate chat with their mates or get to know some strangers in close proximity.

We both loved the bar and would return in a heartbeat, but I feel Erin captured our feelings best during our conversation.

Erin: They’re playing “The Lord of the Rings.” How much better than that does it get?

Erin: Not much better!