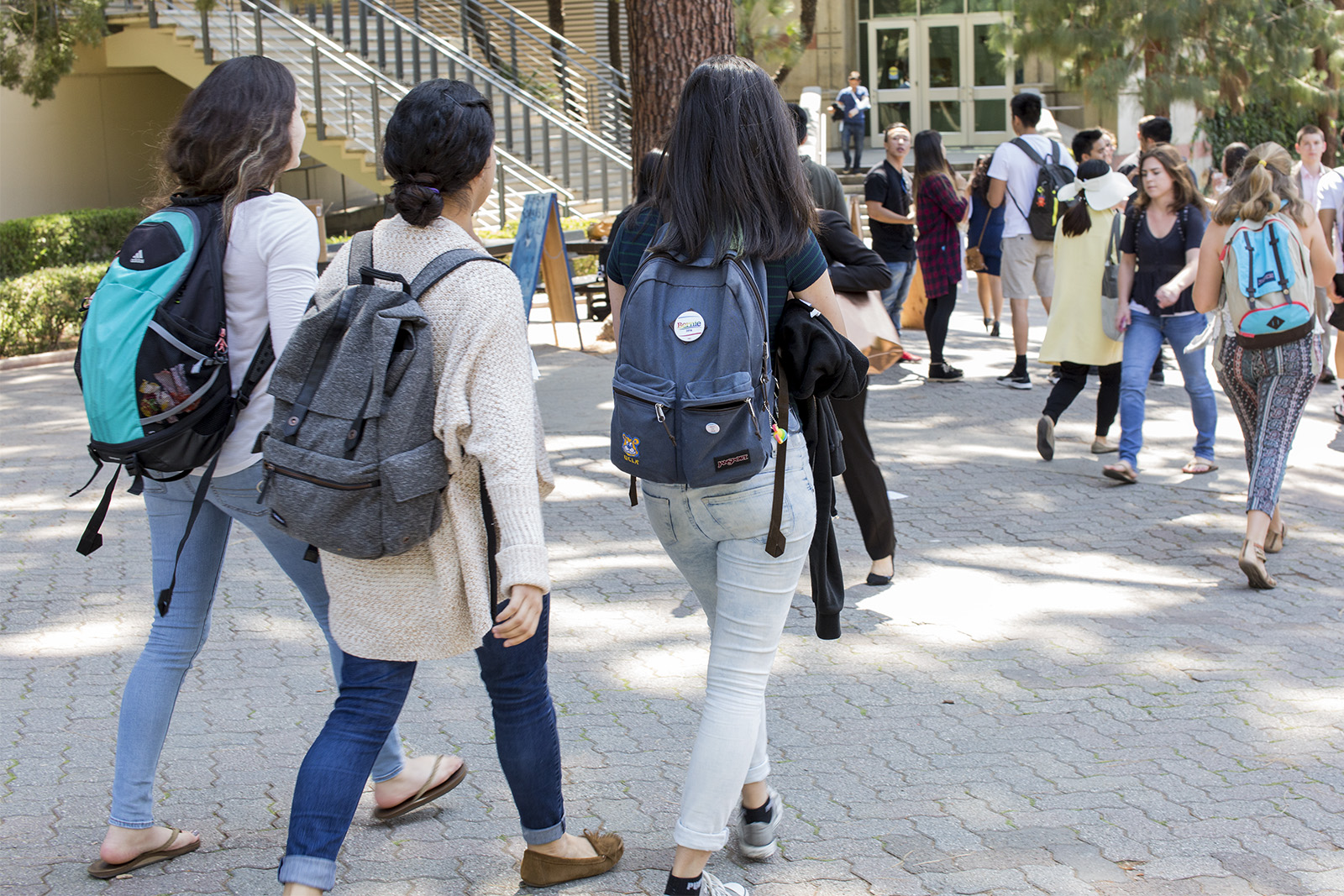 Among the many important decisions you have to make as a student is how you’ll carry around your books. Most college students opt for the classic backpack as a solution, but is this really the best choice? There are plenty of other avenues to explore, and considering you’ll likely carry this same bag around for weeks or months at a time and perhaps even sticking with the same one for several years, it’s worth putting some thought into.

Whether a person prefers to switch it up from what they carried in high school or just doesn’t want to tempt themselves with the extra space, many choose a crossbody messenger bag over a backpack.

Excluding both of these options, there are other students who go for a simple shoulder tote. I’ve even seen some Bruins hauling their supplies around in shopping bags from designer retailers.

Fashion aside, one major consideration to keep in mind is the effect your choice will have on your body. Using data from spine and shoulder studies we can glean some insight into the best way to carry your things around campus.

Below, several of the options are ranked from most to least harmful, with respect to their impact on your back and shoulders.

Shoulder bag
Unfortunately, this item, like a heavy purse, puts the weight and strain directly onto one point of the body. For a backpack it is recommended you carry less than 10 percent of your body weight, but that figure is assuming the weight to be distributed between two shoulders. If the weight of your carried load is consistently located on one side, you could end up with uneven shoulder alignment.

Crossbody
Since crossbody bags tend to have a wider strap that sits closer to your center of gravity, they aren’t quite as bad as a shoulder bag. One study found significantly less impact on spinal posture from cross-body loading as compared to same-side loading.” So, it’s a better choice, but still imperfect. Again, keep in mind the amount of weight you are carrying around – for a crossbody, the strain is put directly onto your trapezius muscle and even your clavicle. If you do carry one of these, or even a shoulder bag, make sure to give each side a break and swap between shoulders each time you pick it up.

Backpack
The most popular choice isn’t always right, but at least it beats out the previous two options. Research has shown that, even during childhood, pain and injuries can result from having a backpack that is too heavy. Into adulthood, after carrying backpacks around all those years, many people find that their posture is permanently affected by this choice. If you’re only carrying what you need, and what you need doesn’t weigh more than 10 percent of your body weight, a backpack can be a good option. Just remember that if you carry too much you’ll exacerbate the issue and can develop serious back and joint pains in the future, if they haven’t already.

Rolling backpack (or duffle bag)
Ah, yes, the roller bag. Aren’t we old enough now to stop worrying so much about what people think and make the best choice for ourselves? Maybe, but then again, maybe not. Like encouraging abstinence in sex ed, the rolling backpack may seem like an extreme solution, but it will save you a lot of trouble down the road. If you choose this route, just make sure that the handle is a natural length in proportion to your body so you aren’t bending down to tug it along.

Whatever choice you make, hopefully you’ll at least have some idea now of how it affects your body. No one wants to look like a roly poly when old age comes around.