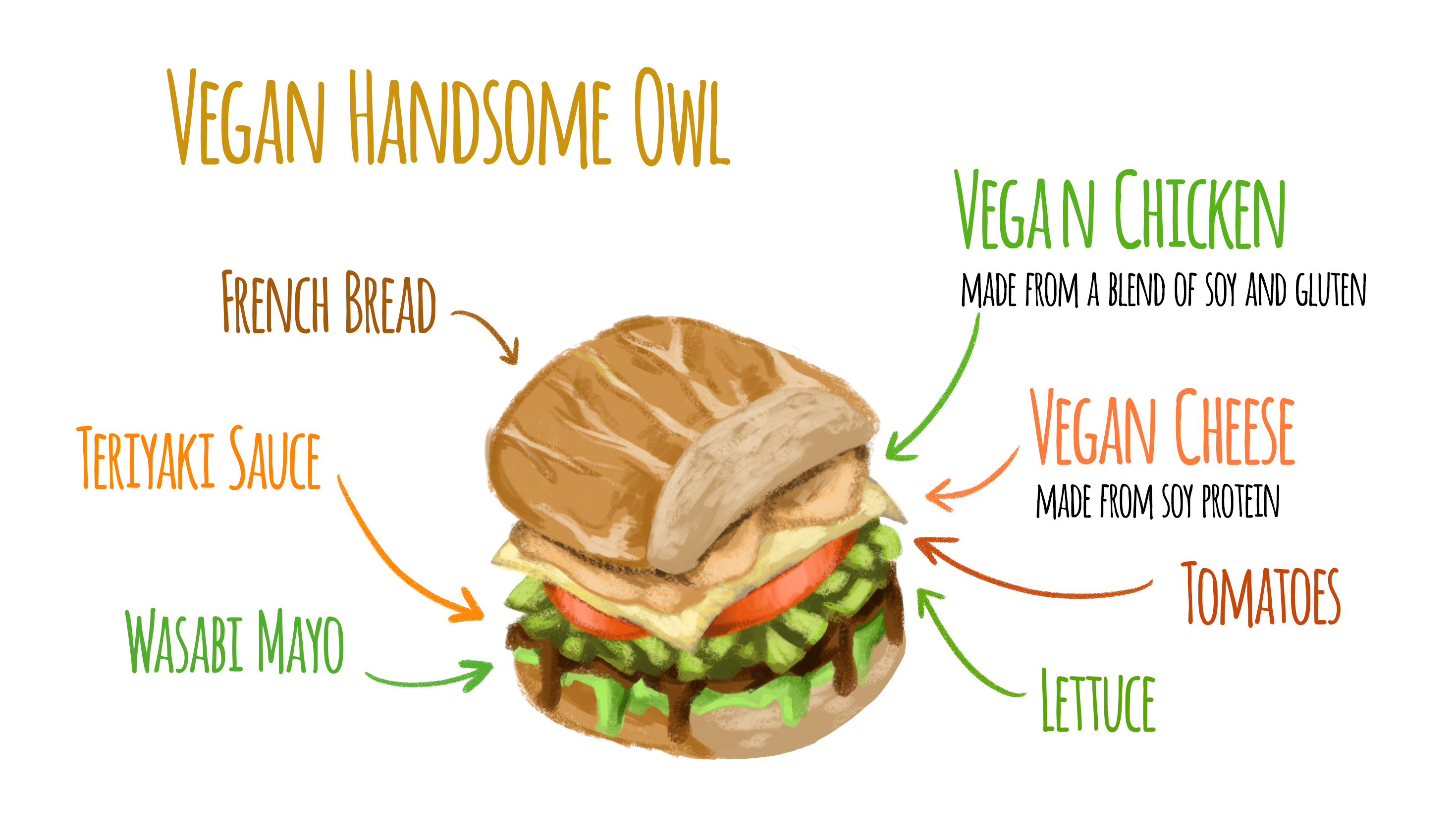 Everything was falling apart. Tears started welling in my eyes; I couldn’t control them. It had begun so well, but the experience left me with a bitter taste in my mouth.

I got up from my seat, wiping teriyaki sauce from my hands. I needed tissues, lots of them.

It was a windy day and I was sitting outside Ike’s Place in Westwood. A soggy sandwich disintegrated in my hand – the vegan chicken flopped onto the brown paper wrapping and the teriyaki sauce dribbled down my fingers.

Eating at Ike’s is a messy affair.

As an Englishman, I must confess I haven’t yet fallen in love with the idea of a subs and sandwiches joint. Yes, we have Subway in the U.K. too; however, we do not have the same homely attraction to the sandwiches that many Americans seem to have.

So many things about Ike’s Place in Westwood are foreign to me, but after venturing to Thai Vegan a couple weeks ago, I decided to try something that many UCLA students would consider a little closer to home.

My trip to Ike’s was like taking a cultural education class. I looked up at the menu and was immediately confused. Are Ooey, Gooey and Louie three real people, or am I missing something? Who is Madison Bumgarner and why does he have a sandwich named after him? How am I supposed to choose from more than 50 sandwiches?

Fortunately, restricting myself to the vegan selection assuaged my momentary panic attack. It is too easy for customers to completely miss the separate veggie menu, which has around 10 vegan options.

The veggie menu is no less colorful or varied than the regular menu. On the server’s recommendation, Alejandra opted for the more adventurous Pirates of the Caribbean with vegan chicken, zesty orange glaze and vegan cheese. Meanwhile, I went for the the Handsome Owl with vegan chicken, teriyaki sauce, wasabi mayo and vegan cheese, thinking this would be a wise choice.

As luck would have it, we ordered during happy hour, meaning we could each select a free soda and packet of chips to accompany our sandwiches. Alejandra chose a packet of salt and vinegar chips and a bottle of orange soda. I decided to embrace the eclectic range on offer and picked out some Cajun Dill Gator-Tators and a bottle of Leninade.

The sandwiches arrived and, after the compulsory 10-minute rearrangement for Instagram purposes, we dug in.

The Handsome Owl was deliciously balanced. The teriyaki sauce and the wasabi mayo made for a creamy yet spicy combination, and the vegan chicken tasted just as tender and succulent as any free-range poultry. The tangy flavors in the Pirates of the Caribbean were more subtle, but the sweetness of the orange glaze provided a fitting contrast with the tangy salt and vinegar chips.

The more I bit into my sandwich, the more vegan chicken and teriyaki sauce spilled out, doubtless a sign of my lack of sub-munching experience. But I didn’t care. Even when my eyes started to water because of the wind, I was too busy enjoying my immersion in American sandwich culture to care.

Eating a vegan sandwich at Ike’s meant taking several steps outside of my culinary comfort zone. But the Gator-Tators proved to be one step too far, though not because they were vegan. The intensely herbal dill flavor overpowered every other ingredient, and the gator addition was pointless gimmick. Of course, I wasn’t expecting the chips to taste of freshly plucked gator from the Louisiana bayous, but I would have appreciated another flavor to compete with the dill.

I tried to wash it away with some sugary Leninade, but no matter how hard I tried, the taste of dill persisted in my mouth for the rest of the day. I can still feel it in my mouth as I write this column a few days later.

Gator-Tators aside, my vegan venture to Ike’s was a positive, educational experience. The selection of vegan sandwiches is impressive, and even if none of them are appealing enough, the servers insist they can make almost any sandwich vegan upon request by replacing the meat and cheese with their vegan equivalents.

Having tested both vegan and non-vegan sandwiches at Ike’s, next time I will try out something else from the vegan selection, because they’re just as tasty. Meat eaters like myself should leave their culinary comfort zones and try something from Ike’s vegan selection. But watch out for the gators – they bite.