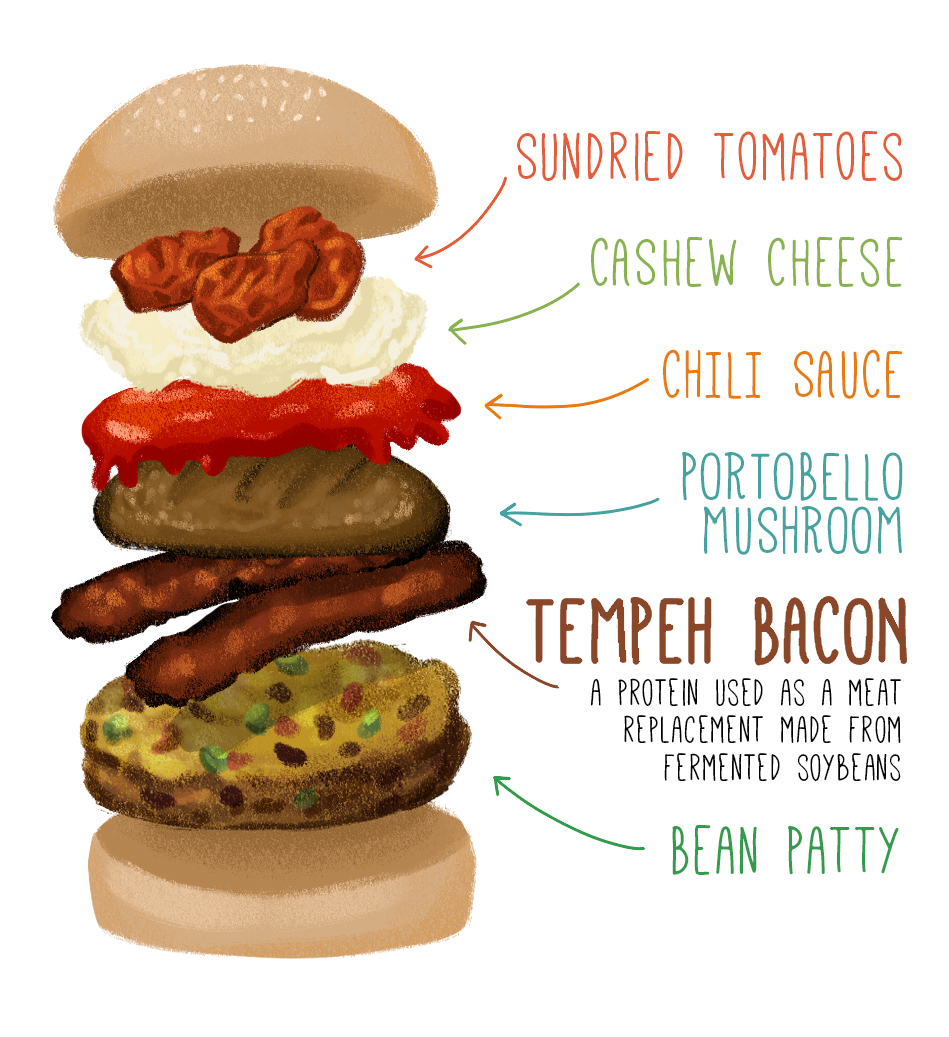 When I became vegan, I never thought I would taste the sweetness of bread pudding again, a dish I grew up loving since my mom baked it in our kitchen at home.

But as the warm banana bread pudding at Sage Organic Vegan Bistro melted in my mouth, I experienced true bliss. The sweet bread and coconut soft-serve ice cream blended together in perfect harmony, overwhelming my taste buds.

Sage, a vegan restaurant in Culver City, California, that serves food made solely from plant-based organic foods, surprised me with a bread pudding dessert that exceeded my expectations. The dessert managed to top the flavor of any other non-vegan dessert I have tried, all without using any animal products, like eggs and milk – two ingredients we’re taught are essential to baked goods.

I often experience judgement from friends, family members and even strangers at restaurants for my decision to not eat any animal products. People are taught that animal products are essential to live a healthy life, but from my experience, that is far from the truth.

Several restaurants, like Sage, offer extensive menus that deliver a flavorful variety. Even non-vegan restaurants in Los Angeles have a few vegan items.

Sage’s, for example, uses produce from local farms, but it is not a place to go just for a light salad. Instead, I found burgers, pizza, pasta, tacos and even orange chicken. Though it is not the first location I have found that offers the basic pizza and burger and other American food, the international variety surprised me. The restaurant also serves KindKreme, the provider of the largest variety of vegan ice cream flavors I have come across, and vegan donuts, cookies and brownies.

I’ve been vegan for almost a year now and though I thought I’d get used to the incessant questioning, it hasn’t stopped. People are surprisingly concerned with my health more than ever, most often asking where I get my protein. But vegan does not mean protein deficient.

Sage seems to know this better than anyone, offering a variety of vegan protein options, including a tempeh bacon-filled chili cheese burger. This was the first dish I tried at Sage, and it made me a chili cheese fan. The tempeh bacon, black bean chili and cashew cheese combined to create a punch of savory flavor.

Sage’s starters are almost indistinguishable from typical dishes, even if they are made with vegetables. Their mozzarella stick starter, for example, created the texture of melted mozzarella as I ripped the fried heart of palm apart. The inside of the heart of palm stripped apart as though it were regular mozzarella cheese.

After going back several more times – the bread pudding alone was too much to resist – I’ve become a Sage regular. Another dish, the macaroni and cheese pizza, layers crunchy broccoli covered in melted vegan cheese on top of a macaroni-covered crust. The cheesiness once again, surprised me, since I have spent much of my time as a vegan hunting for the perfect cheesy pizza. Sage offers the pizza variety I was looking for.

At Sage there are options for any taste, but I have had a few misses. For instance, Sage’s ceviche burrito, which is wrapped in layers of wheat tortilla and nori, was a disappointment. Though Sage impressively and accurately replicates the taste of fish, the fish was too overpowering for the other elements essential to a burrito.

The restaurant’s food presentation is carefully crafted, but it does not stop there. The dimly lit interior is decorated with industrial-style lights and garden tools, giving a rustic-chic feel, while the outdoor beer garden has candlelit tables around a large, leafy tree. Sage is a perfect location for a hip brunch or a late-night date, giving an organic plant-based lifestyle a cool aesthetic.

I became vegan because I made the connection between the food I eat and how my body feels. My visits to Sage were a reminder to myself that everything tastes better cruelty-free and that being vegan is nowhere near depriving of good food.

What are some vegan restaurants near UCLA you’ve tried? Email Reyes-Velarde at [email protected]