Second Take: At The Wizarding World of Harry Potter, the magic is in the details 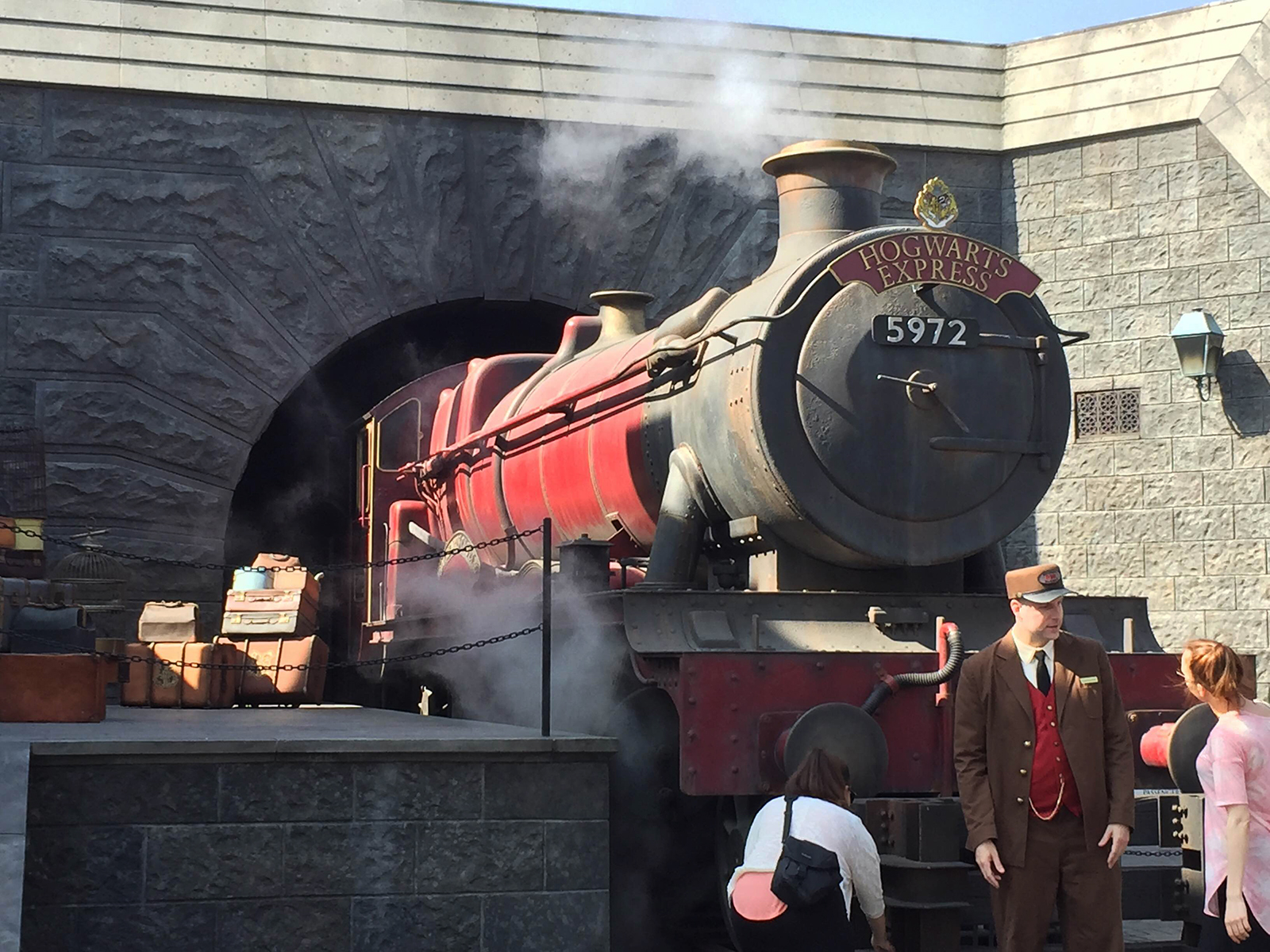 When I was a kid, I wanted to be three things: a superhero, a Pokémon trainer and a wizard. Luckily, muggles like me can finally live one of those dreams.

Universal Studios Hollywood’s Wizarding World of Harry Potter, officially opening April 7, is a loving and painstakingly detailed recreation of the “Harry Potter” series. The park recaptures the magic of reading the books and watching the movies for the first time. Attendees feel like they’re part of the story.

A few college reporters and I strolled down the cobblestone walkway of Hogsmeade Village, and a man in a black T-shirt, jeans and sunglasses met us at the front of the village. Among the brightly costumed employees, one wouldn’t pay him a second glance, but as the art director for the “Harry Potter” films and theme parks, Alan Gilmore was the most magical person there. He was also our tour guide for the day.

“We’ve treated the place so you’re the camera,” Gilmore said, leading us towards the Hogsmeade shops. “Once you’ve entered Hogsmeade, you’re a wizard in training.”

The first stop was the interconnected Honeyduke’s sweets shop and Zonko’s Joke Shop. Gilmore, a self-described design nerd and an architect by trade, commented on the history of old English shops and villages.

“We try to be authentic as possible,” he said. “All the shops are Scottish. They’re not Wal-Mart, they’re very intimate. Everything is analogue and mechanical.”

The Owlery, he said, appears to be sinking into the ground like real English buildings of that style and age. Every crack on the wall, scuff on the furniture and patch of castle moss recreates the movie props and real-world architecture.

The park includes authentic film props like Cho Chang’s Yule Ball dress and the desks and chalkboard in the Defense Against the Dark Arts classroom.

Everything has the seal of approval from the mastermind herself, J. K. Rowling. From Honeyduke’s candy selection to the 11 “wand magic points” scattered across the park, where guests can trigger animations by waving their interactive wands in certain patterns, Rowling supervised it all.

Adding to the park’s realism, The Wizarding World’s main eatery, Three Broomsticks, serves three Potter-flavored beers. The Owl Post is a functioning post office and guests can send mail anywhere in the world with a Hogsmeade postmark.

“There is an almost tedious level of detail,” Gilmore said.

The queue for the Forbidden Journey, one of the two rides, takes visitors on a tour of Hogwarts complete the spiral griffin staircase and the Sorting Hat. The dark, winding corridors exuded an authentic Gothic feel, helping me imagine what daily Hogwarts life must be like. I found the moving portraits and movie locations, like the Hall of Portraits and Dumbledore’s office, charming and convincing, as if the castle were really magic.

Forbidden Journey, the 3-D high-definition ride, takes guests to locations throughout the film series. While some of the animation early in the ride is a bit cheesy, like something out of an early 2000s video game, the ride quickly intensifies as it transitions into more physical props like a dragon’s head, spiders and Dementors. The story and scenery of the Forbidden Journey, though not a fast ride, were fun and frightening.

One of my favorite parts was tasting the Butterbeer. The popular magical drink tastes like a crisp cream soda or root beer with a sweet, buttery thick froth on top. It comes in two varieties: traditional soda and frozen, essentially a Butterbeer slushy. After trying both, I found the traditional to be more enjoyable. The frozen variety is slightly sweeter, but the ice started to melt and made it too watery.

The most magical part of The Wizarding World of Harry Potter was the shops. Cramped and crowded, the tiny Scottish stores are built with such detail embodying so much of what made “Harry Potter” special. Honeyduke’s Chocolate Frogs and Bertie Bott’s Every Flavour Beans made my mouth water and my wallet tremble. The retro toy store feel of Zonko’s carried an air of carefree whimsy and simplicity that would make the Weasley twins proud.

From the distinctly Gothic architecture of Three Broomsticks to the cluttered chaos of Ollivander’s, the little village of Hogsmeade enchants muggles to feel as if they were witches or wizards buying supplies for the next year at Hogwarts.

I was spellbound by the detailed park. It’s smaller than I expected, but that intimacy just adds to the charm. For the sake of your bank accounts, bring limited cash and leave the credit card at home when you visit so you won’t be tempted to buy every souvenir within arm’s reach.

Butterbeer is an exception. Drink as much of that stuff as you can, and then some.