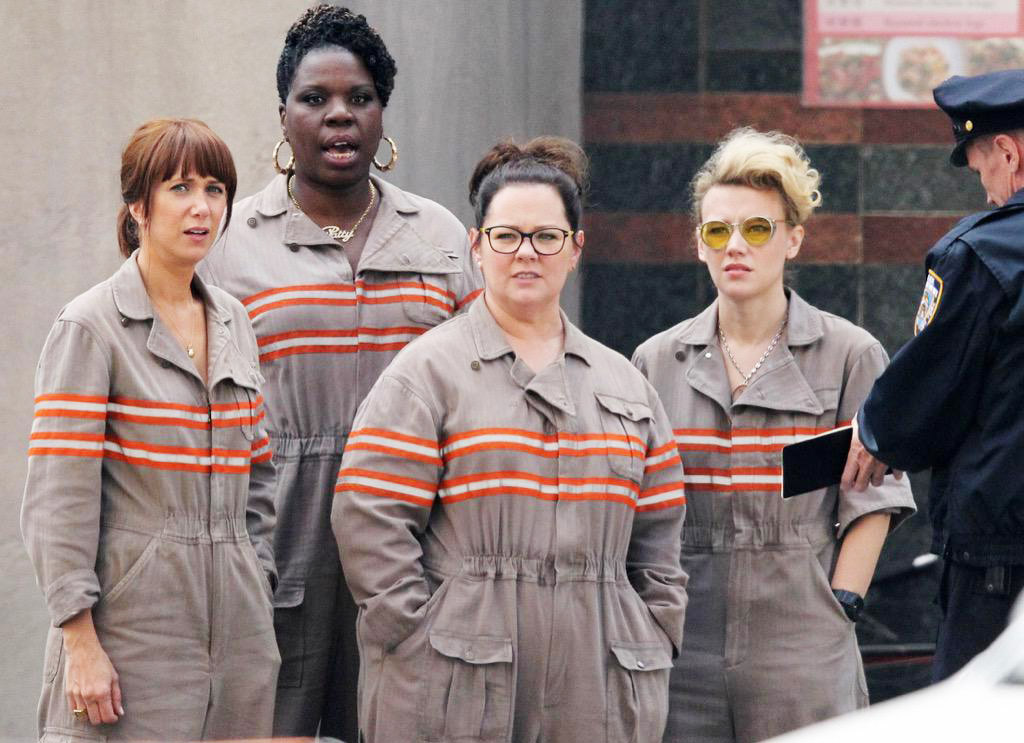 The newest “Ghostbusters” reboot, to be released July 15, 2016, will feature a predominately female cast. (Courtesy of Columbia Pictures)

Movie trailers are like free samples at Costco: The good ones excite you and leave you wanting more, while the bad ones make you cringe. Each week, A&E columnist Matthew Fernandez will dissect movie trailers and analyze the Hollywood fare to come.

Even though the original “Ghostbusters” film is more than 30 years old, its catchy slogan – “Who you gonna call? Ghost busters!” – has managed to elude death, much like the specters that Bill Murray and company hunted.

However, after the controversy surrounding the release of the reboot, it doesn’t look like audiences will be calling any time soon.

The newest “Ghostbusters” iteration, releasing July 15, has suffered considerable backlash ever since the paranormal exterminators were revealed to all be women. While rumors of an all-male version of the film being produced quieted angry fans, the new trailer has rekindled the anger.

Cast controversy aside, “Ghostbusters” looks like a poor ghost of the 1984 cult classic – pun intended.

The opening 30 seconds are wasted on establishing shots of New York City and teasing the “Ghostbusters” theme song. At two and half minutes long, the trailer’s attempt at a big reveal, in this case the Ghostbusters logo, makes it an excessively long trailer and lowers fan expectations. One fan edited the trailer, shortening it to only 52 seconds and trimming the excess fat, to make a more exciting and effective tease of the movie.

There is a stunning lack of originality in the trailer that makes fans like myself question whether a reboot was necessary. The released footage shows the same plot as the first movie: Ghosts appear in New York City, so four people decide to clean up the infestation. They make gadgets, hunt ghosts and become famous. Rather than tapping into fond nostalgia, the tired rehash of the original’s concept and visuals are the equivalent of copying a Wikipedia article and turning it in as a midterm paper. Aside from the gender reversal, Paul Feig’s adaptation of the franchise brings nothing new to the table and feels like a cheap cash grab cloaked in the supposed attempt to further equality, which itself is lazily done.

The whole vibe of the film’s comedy seems wrong. The original film carried the air of nonchalant jokes and easy laughs in typical Bill Murray and Dan Aykroyd style. While Melissa McCarthy is generally a funny woman, her brash and loud style doesn’t fit within the Ghostbusters legacy. The most telling indication comes toward the end of the trailer, when McCarthy’s character is possessed by a ghost and is returned to normal by being slapped in the face multiple times. While it may be unfair to compare the original and the reboot too closely, I’m not confident in the new film’s ability to capture the same kind of magic. At this point, I’m still not convinced that a reboot was necessary or even wanted.

To be clear, I have nothing against an all-female Ghostbusters. I think the concept had the potential to be a great comedy and add a new perspective to the series. The gender reversal seems to be at its most effective with Chris Hemsworth playing the role of the “sexy secretary.”

But any other opportunity to subvert traditional casting or gender roles is entirely wasted. The female Ghostbusters are three white scientists (Melissa McCarthy, Kristen Wiig and Kate McKinnon) and one black working-class woman (Leslie Jones) with street smarts, directly mirroring the cast of the original movie. Although Jones was quick to respond to criticisms, many comments attacked the film’s racial stereotyping and decision not to make Jones’ character a scientist as well. Furthermore, the film could have been more inclusive to other races and, instead of including a token minority character, made the team more diverse.

The film’s only saving grace may lie in its visual appeal. Whereas the original film actually had very few ghosts, the reboot seems to be chock full of them. The new ghosts have a much more intricate and gloomy air about them. Despite its brief reveal of the goofy Slimer ghost from the original, the reboot feels overly creepy, even for a film about ghosts. It looks like “Ghostbusters” is the newest victim to “unnecessarily dark reboot disease,” like “Fantastic 4” and “Ninja Turtles” before it.

Is nothing sacred? Evidently, in the tarnished age of the Hollywood reboot not even cult favorites like “Ghostbusters” are safe. While the initial reaction against the new reboot was unfairly directed towards the gender-swapped cast, fans raised their voices again in disappointment when the trailer showed a poorly executed film that lacks the undying charm of the original.

Were you also disappointed by the new “Ghostbusters” trailer? Email Fernandez at [email protected]